Seattle performer sings his heart out in 'Quarantine Musicals'

Tavo Gutierrez is producing the medleys from inside his Ballard apartment. 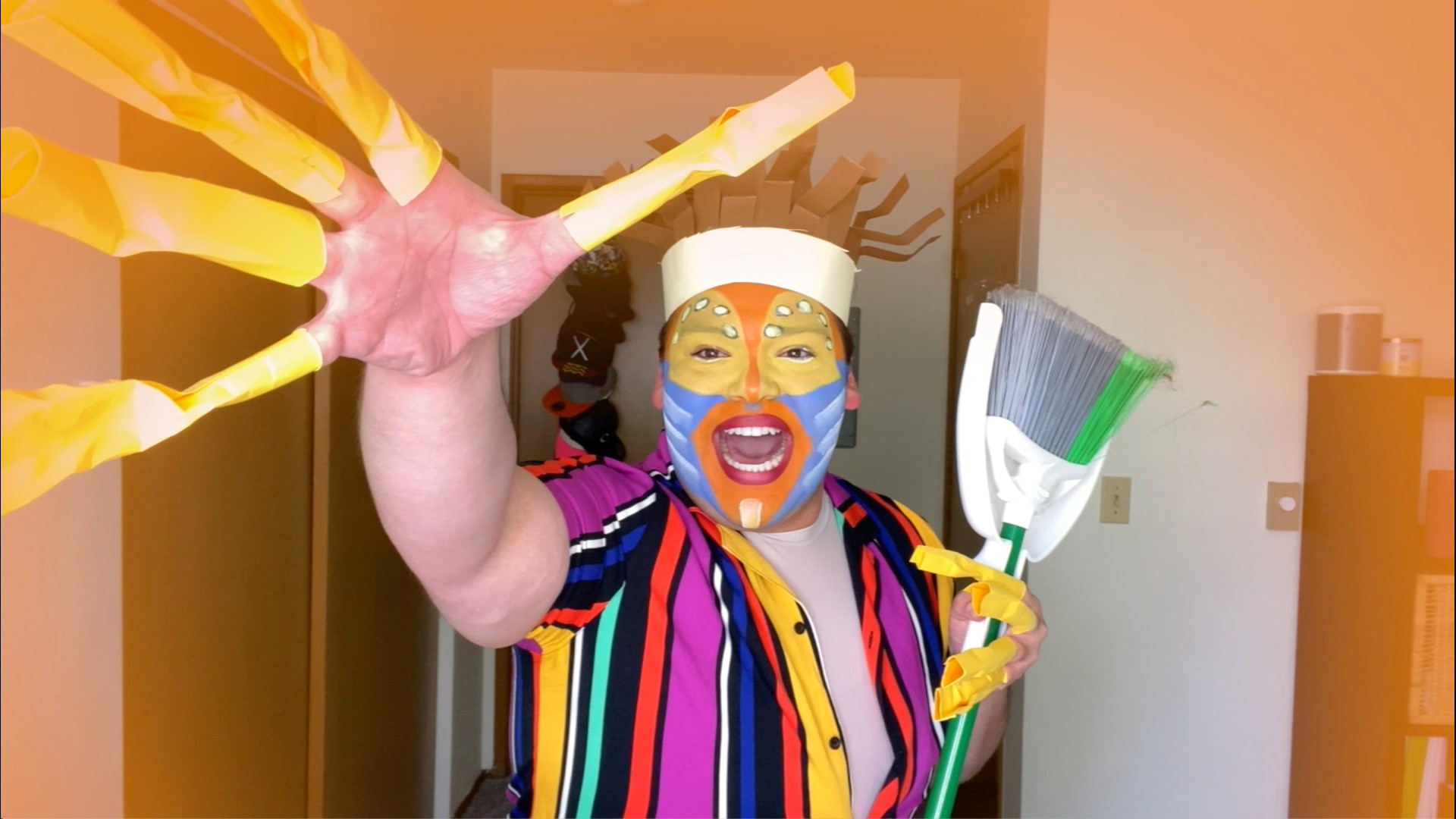 SEATTLE — All the world's a stage, and Tavo Gutierrez is making the most of it inside his Ballard apartment.

"The idea for Quarantine Musicals was just to inspire a smile during these difficult times,” Gutierrez said.

A performer since childhood, he was active in middle and high school theater and has since appeared on-stage in productions with companies in Seattle and Kent.

He also volunteers with CHEER Seattle, a team that supports people living with life-challenging conditions in the LGBTQ community and beyond.

Credit: Tavo Gutierrez
Gutierrez, performing with CHEER Seattle prior to the stay-at-home orders.

Gutierrez admits he misses the energy of a live audience.

"To do something in my room, literally a little corner in my room,,with nobody there - you kind of start second-guessing yourself, like 'am I going crazy? I'm talking to nobody and I'm performing to nobody,” he said, laughing.

But that doesn't stop him from going the distance. He uses an array of wigs, applies impressive make-up, and hand-makes costumes to represent characters from productions like Frozen, Les Miserables, and The Little Mermaid.

As Elphaba in Wicked, he wields a broom from his kitchen. And when Rafiki presents Simba during a song from The Lion King, it’s actually a wine bottle.

"I think that's the magic of it, you know?” he said. “We're in quarantine, you use what you have and you make it resourceful."

It's not the Great White Way, but Gutierrez’s musicals are bringing joy to everyone who sees them.

He hopes his at-home performances will speak to young students whose productions have been canceled.

“Sort of as an inspiration for them - just get in front of a camera and sing whatever you prepared or what you worked so hard on out there so people can see it,” he said. “And even if you perform to your biggest fan like my mother, that's all that matters."