The felt figures starring in the Travel Portland spot reflect the city's love of handcrafted art. 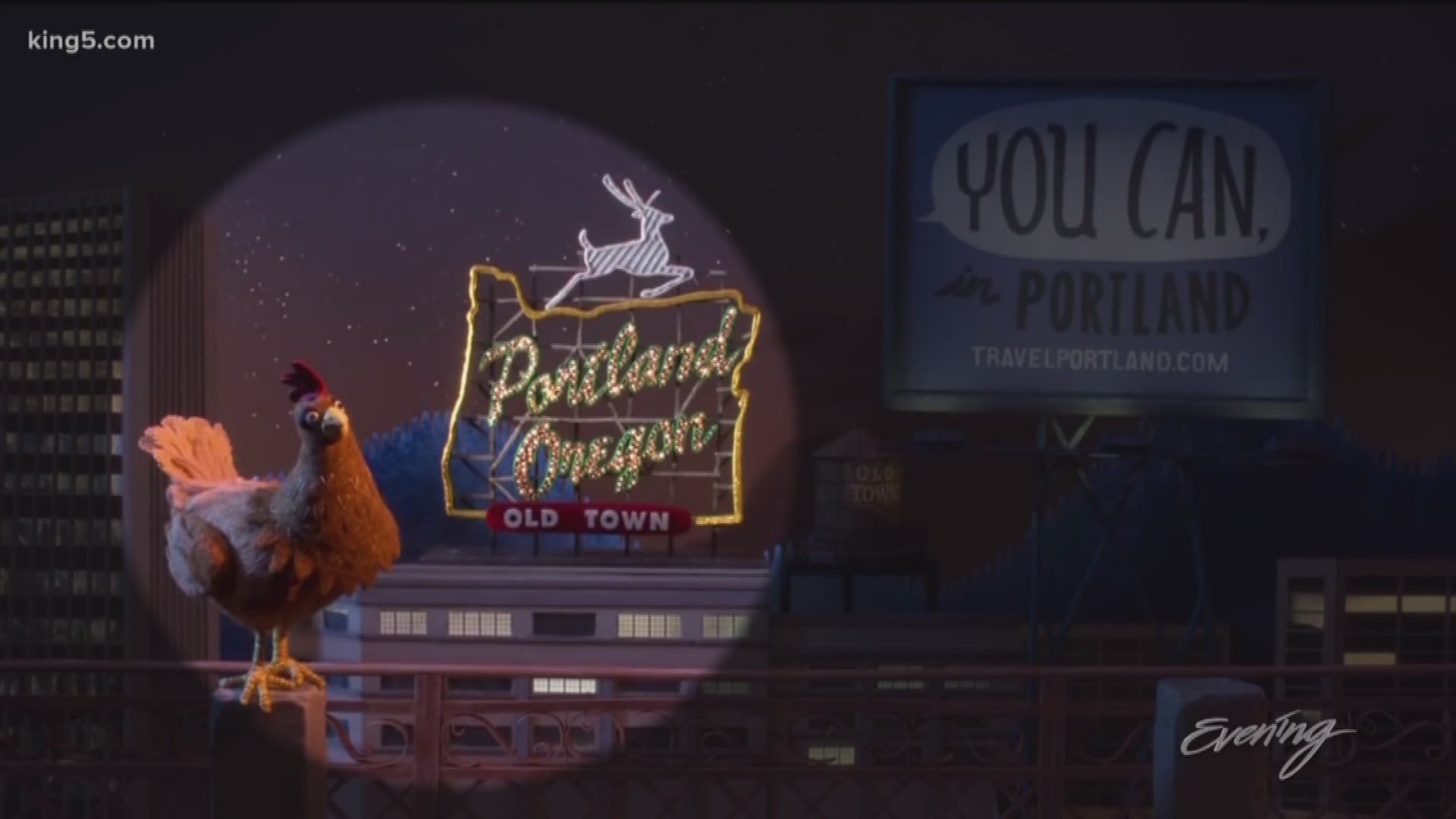 PORTLAND, OR — When Travel Portland wanted a spot as handcrafted and fun as the city itself, they went local. They hired the stop motion filmmakers at House Special to show off the personality of their home town.

“I think Portland has a real specific sort of personality,” said director Mark Gustafson. “It's slightly quirky, I guess.”

Quirky is something the animation studio House Special specializes in.

Love those M&M ads? How about the Planter’s spots starring Mr. Peanut? Or closer to home, those Puget Sound energy ads? They’re all done in Portland and they all take dozens of artists months to make.

“You're moving very slowly,” says Gustafson. “You're manipulating this world, one frame at a time.”

The Travel Portland campaign offered artists a project they could take personally.

“Portland is a kind of a fun, free place and there's a lot of interesting, different things to do,” says artist Katie Mello.

Ad agency Wieden + Kennedy came up with a list of landmarks to highlight. It was House Special that decided to challenge itself by doing every transition--from place to place-- in camera.

“There were a lot of challenges,” says art director Gee Staughton. “We needed all of the rigging to make things fly in, in sort of a theatrical way, just kind of whoosh out and rooms split in two to reveal forests.”

Just as much care went into the casting for the ad.

“Portland is full of a lot of characters,” says character fabricator Margaret Meyer. “I feel like I kind of know these people.”

“He was a fun puppet,” says Mello. “He's got this tattoo on his arm and that's not something that we get to do very often and I think it's very Portland.”

There's one more character: a chicken who appears in every shot. Altogether, it’s a stunning love letter to Portland from the artists who live there.

“It was really fun to watch,” says Travel Portland’s Aja date. “It was full of a lot of joy and it was really vivid and it really made me feel like they really captured the spirit of this city.”