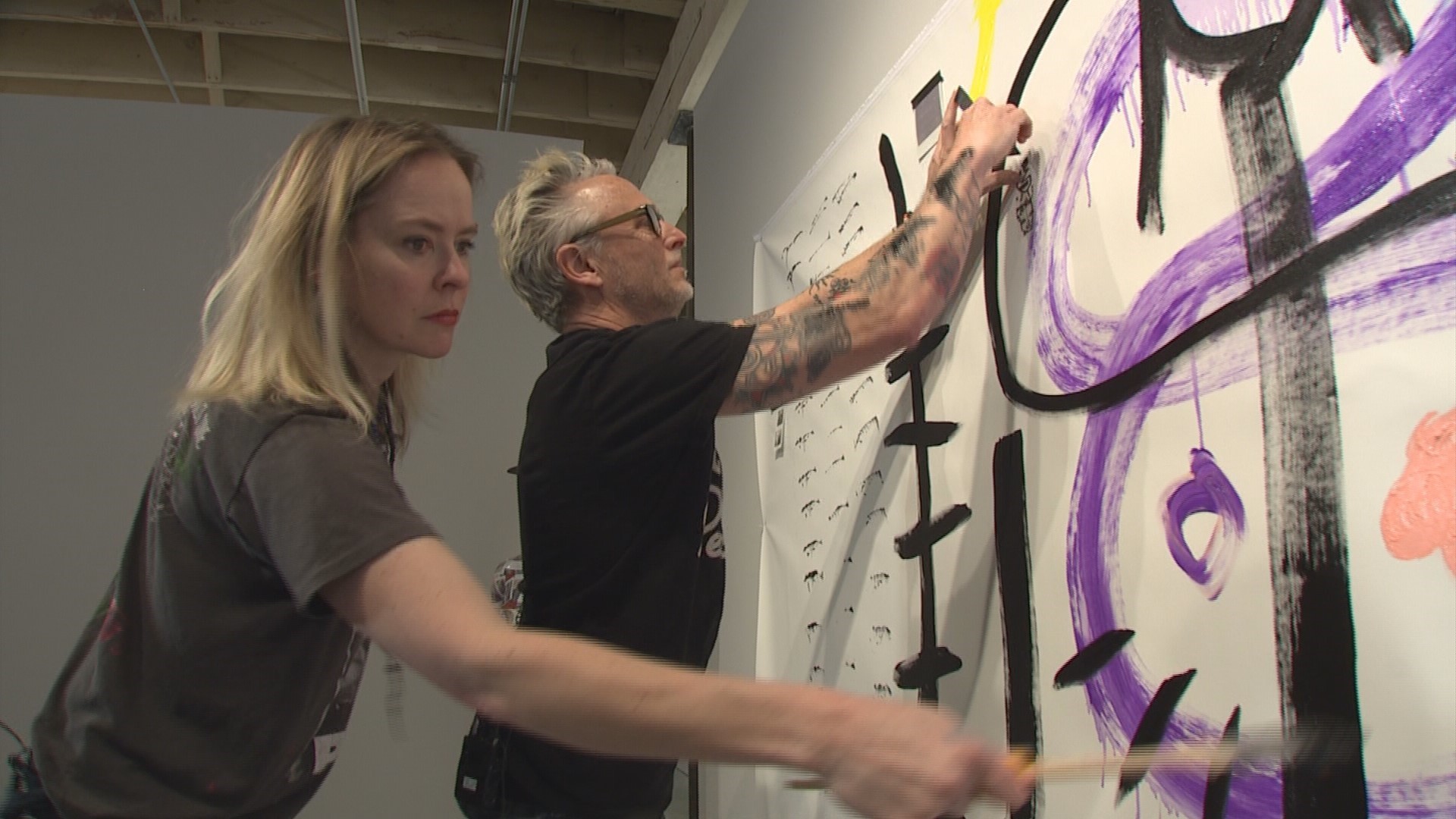 SEATTLE — Mannequins are all over the room. Probably 15. Many sport ties or hats. One sits on mini-stage in a see-through plexiglass chair wearing nothing but a wig, sunglasses and a broken guitar neck with pink roses at her feet.

There's a bunch of bananas on a table. Seven or eight vintage Polaroid cameras line the stage. There are guitars and on the walls next to paintings featuring bright colors and wild, sweeping strokes.

It's all part of Sway, a premiere exhibition from Pearl Jam's Mike McCready and artist Kate Neckel, that was on display at Winston Wächter Fine Art earlier this year. It was McCready's first foray into painting. And Neckel's first dip into the music world.

"My mom was an art teacher at Villa Academy. I've had art around me my entire life. So I looked at it as this thing that was bigger than life...as something unattainable for me," he says.

But when he met Neckel about a year ago, they both realized the other was doing something they wanted to do too. They agreed to explore what collaboration would look...and sound like.

"I would kinda follow her brushstrokes with my music...so maybe a soundtrack to what's going on," McCready says. Both were in their comfort zone. Until they weren't. "And then she took the guitar.  And I was, y'know, I'm painting for the first time! And it was like jumping into a freezing cold river. It was very nerve-wracking for me."

Kate's experience was similar in reverse. "The first time I showed him my lyrics or tried to sing?" She clasps her forehead in her hands. "I've never performed on stage. I've been terrified of singing since I was little," she says.

Neckel and McCready performed together for two nights at the gallery when their exhibit was open. Both guitarist and artist could choose either title. They go back and forth as they create together. "Usually I start off playing guitar.  And then Mike starts painting. And then we swap," says Neckel. They will also sing lyrics composed by Neckel.

The Polaroids are not just props. McCready snaps photos during the painting and quickly attaches them to the work, often before they're even fully developed.

Neckel's been in the art game for decades and knows one when she sees one, "He can paint his face off. It's crazy for me to hear him say, I'm not ... he is an artist. It's crazy," she says.

Oh and the mannequins? "Kate had one mannequin arm at her studio and we kind of built off of that," says McCready.

Don't even ask about the bananas.

While McCready and Neckel's exhibit has closed at Winston Wächter Fine Art, you can view it at the Seattle Art Fair with a performance by McCready and Red Hot Chili Peppers guitarist Josh Klinghoffer on Friday, August 2nd at 5:00 PM.