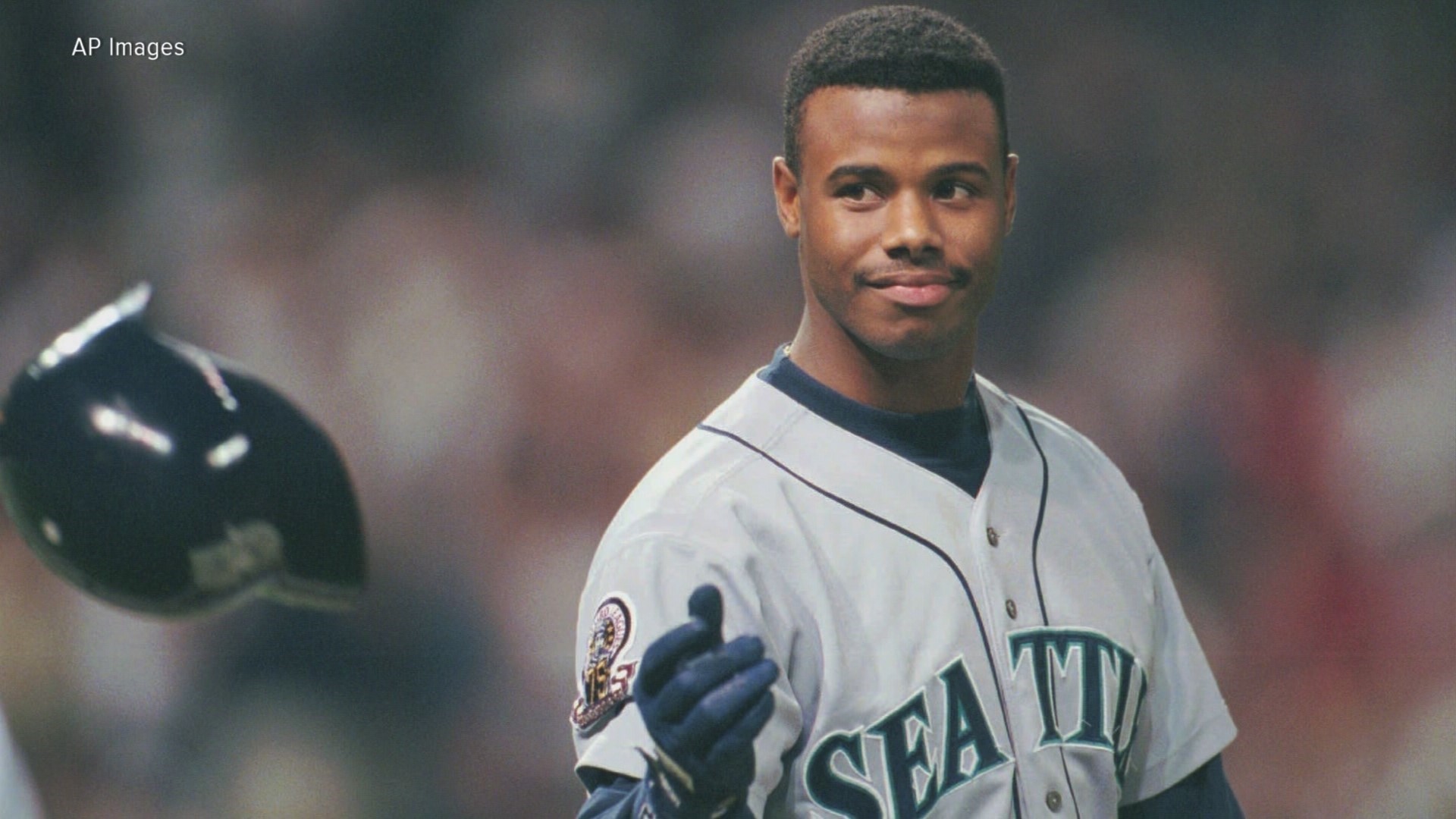 SEATTLE — To name the Top 5 sports stars in Seattle history it's much easier to start at the top.

The most impressive thing to me about Griffey: 630 home runs, good for 7th all-time and not even a sniff about Griffey using performance-enhancing drugs.

It was all about natural ability for Griffey who was largely credited for saving baseball in Seattle.

He played 14 years for The Sonics and was a 9-time all-star. He teamed up with Shawn Kemp, "the Rain Man", for some of the most unforgettable dunks in franchise history.

We all wanted to see GP win an NBA Championship in Seattle. He came close, leading the Sonics to the NBA finals in 1996 only to lose to Michael Jordan and the Chicago Bulls in 6 games.

#3 on my list --and maybe it's a little soon-- but Seahawks quarterback Russell Wilson.

There have been some great Seahawks in history Steve Largent, Cortez Kennedy, Big Walter Jones - but Wilson gets the edge because all he does is win

He led the Seahawks to two Super Bowls and their first Super Bowl championship. He has never missed a start in eight NFL seasons and when he's finished playing he'll be in the Pro Football Hall of Fame.

#4 is a tie between Hall of Famer Edgar Martinez and his former Mariners teammate Ichiro Suzuki.

These two define the art of hitting. Edgar overcame an eye disease which limited him and his vision in one eye which made it tough to hit a baseball. He retrained that eye to compile a career batting average of .312 in 18 seasons, all in Seattle.

Ichiro played over 11 seasons with the Mariners. The stat that most impresses me: 10 straights seasons with at least 200 hits. He ranks 23rd all-time with 3,089 hits in the majors. He also had nearly 1300 hits in Japan. He was a machine. He rarely opened himself up to Mariners fans but it didn't stop those fans from loving every minute he stepped on the field.

She deserves to be in the Top 5 of Seattle sports stars. Bird helped lead the Storm to three WNBA championships. She also won 4 Olympic Gold medals and she's still going strong at age 39.

Sue Bird is an absolute warrior. She broke her nose 5 times in her WNBA career and it rarely slowed her down. She has played every one of her 16 seasons in Seattle. She is a tremendous representative of the team, the city and all of women's sports.