This 'Songland' singer/songwriter could be Seattle's next big thing

Artist Parisalexa wows the judges on the NBC hit show 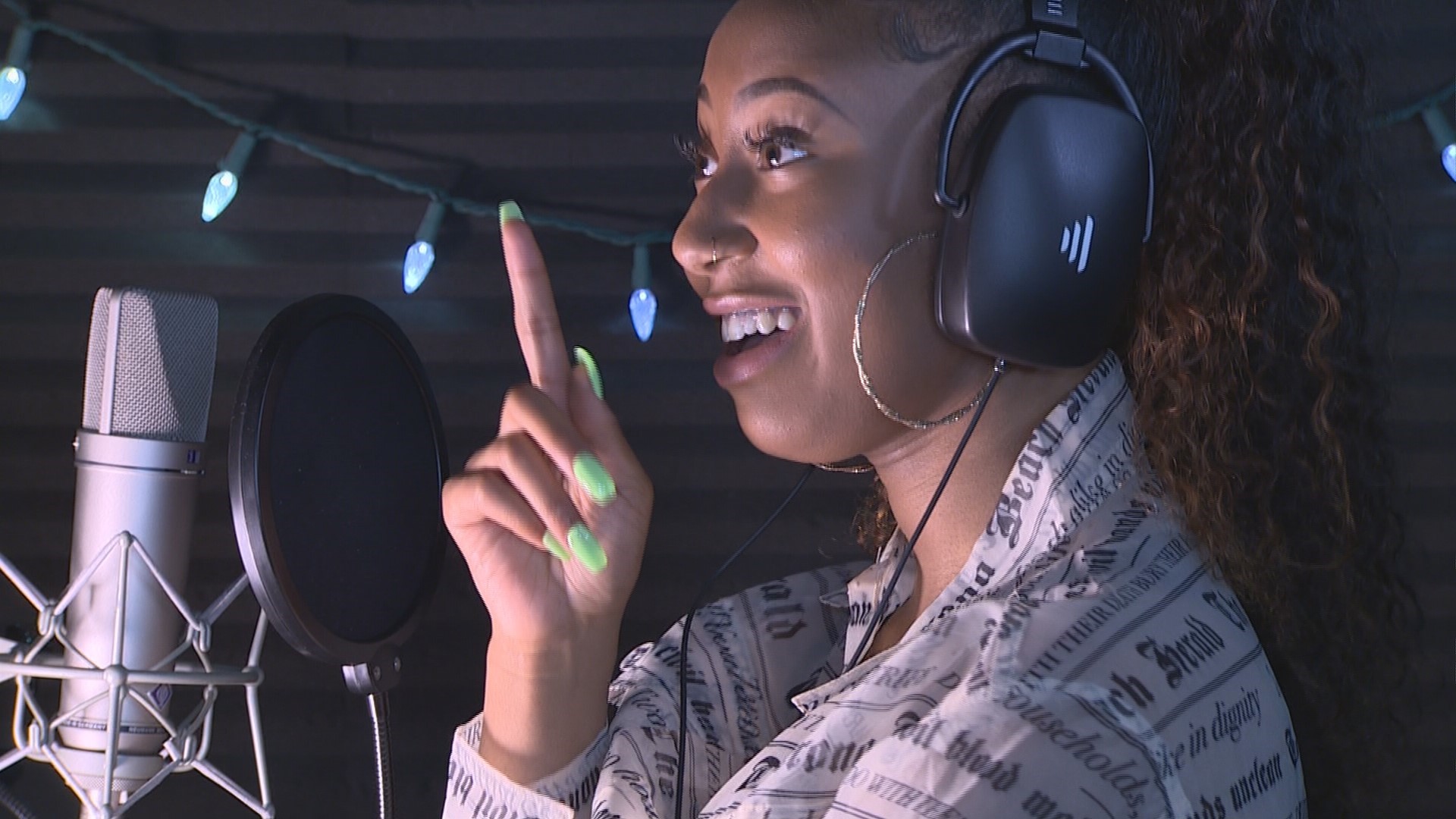 SEATTLE — Popstar Charlie Puth and the rest of the judges on the NBC show "Songland" can't believe their ears.

Seattle artist Parisalexa belts out her own song "Pity Party."  Puth tosses his notes in the air in disbelief when she polishes off the tune. Fellow judge Ryan Tedder can hardly contain himself. "That melody was a ten!"

On social media, Billboard Magazine calls it "not only the best song of the episode but of the entire season." High praise for a kid from Sammamish High. "I was super excited obviously and not expecting that at all," she says.

It was America's intro to this singer/songwriter/producer. But those in the know in the Northwest are well aware of this rising star. Paris is her first name. Alexa her middle. Stage name, "Parisalexa."

At age five she got her first taste of performance at a talent show. "I sang 'Ain't No Mountain High Enough.'" And she couldn't stop. "Ever since that day, I would start bursting into song everywhere. We went to Olive Garden. And we're just waiting around and I'm just humming my little song. And then I start to do the little hand motions. And people started running up to me, giving me money. And my mom's like, 'No! No! Don't give her any money!'"

She admits her style is difficult to describe. But she likes it that way. "I like to just say I make good music. I think people who normally might not like R&B or maybe not like pop music traditionally like my music because it's kinda hard to categorize. It's kinda just like, 'It sounds good. I like the words. I relate to it.'"

And she is all about the words. While Parisalexa is a polished and accomplished performer, songwriting is her first love. She discovered the power of the pen at age nine, winning a contest with a song she wrote called "Sunshine."

"We moved to Washington. It was raining all the time. It was like, (and here she starts singing her lyrics) 'Doesn't matter if it's raining outside and the skies are gray. I'll try to make my attitude like sunshine every day.' And I sang the song at a little open-mic and some woman was crying and she was like, 'Oh my gosh, I'm so depressed by this weather all the time sometimes it just gets to me. And this song just reminded me I don't have to be affected by it.'"

She saw what she calls "the magic" of her words again when she was 13 and watching "Desperate Housewives" a lot. The main characters on the show get a divorce, which Parisalexa wrote about in "Safe House." "And the hook was 'Why do you feel so far away in this bed?' And my mom was like, 'What? Like what have you been watching? How do you even know about any of that?!' But she shared it with a couple of her friends who have been through divorces, and they just started bawling. That's kind of when I really understood, oh I guess this matters. My words mean something and they can move people in a certain way that I really wasn't even able to handle a young age?"

Originally from New Jersey, she moved to Redmond at age seven. She laughs when she recalls her high school years. "I did get in trouble. I would sing during tests and the guy behind me would be like, 'Can you shut up?' That would happen all the time. Just because it had to come out somehow. And then I would skip class and I'd be like, 'Oh sorry I was writing, I had to finish this song real quick.'"

And she is quickly making waves in the music world. She's got her own merch! There's a slick music video for "Water Me." She expects to drop a new single soon. And a two-month West Coast tour supporting Xavier Omär begins in Vancouver, BC in January and takes her to Seattle, Portland, and Hollywood.

"Keep your eyes peeled for me. I'll be out here."