It's a mix of classic calligraphy and graffiti art 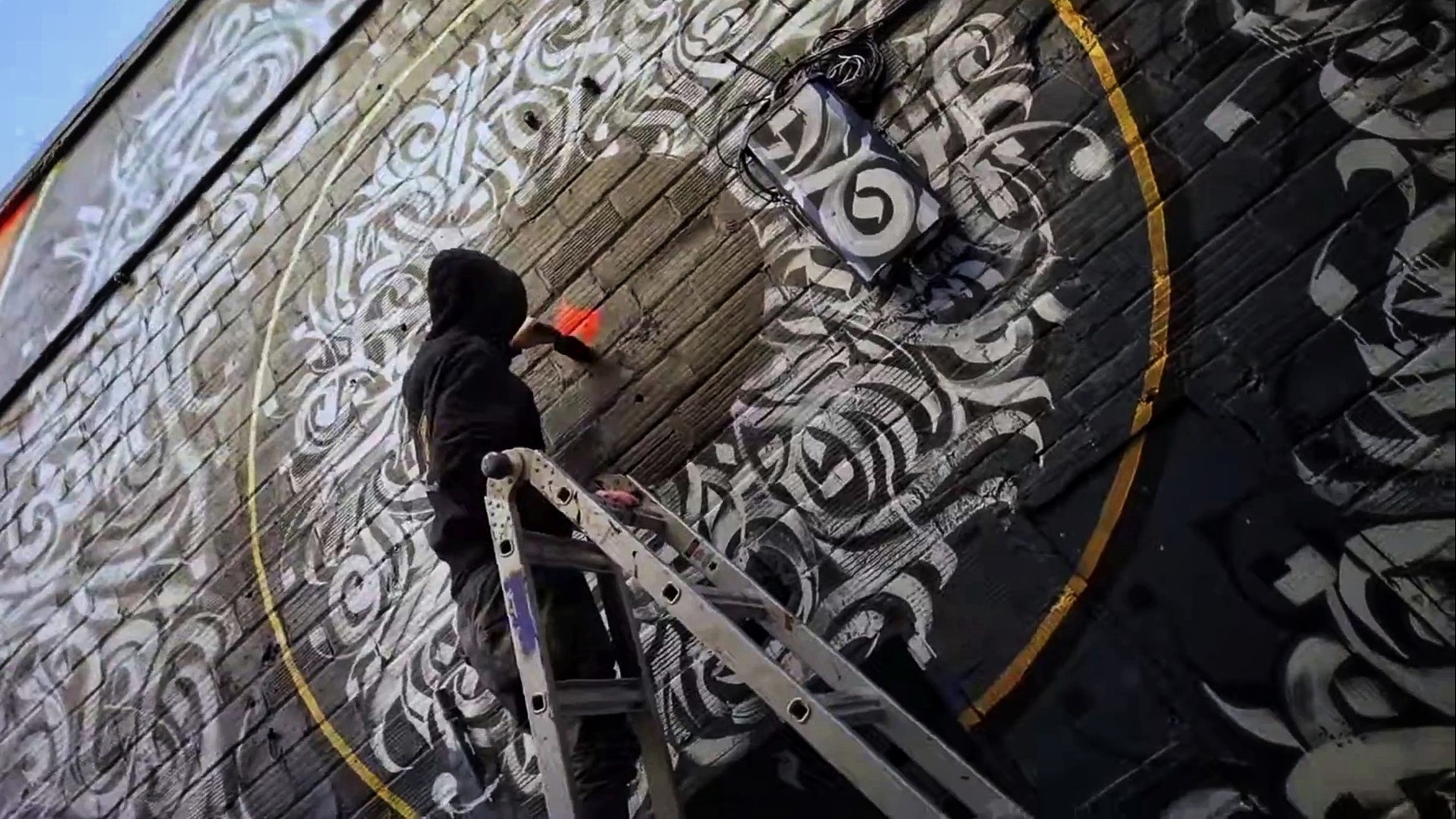 SEATTLE — Walking away from a steady job to pursue your passion is not a path many take. But when Leo Shallat was offered an opportunity to learn calligraphy from a world master, he took it as a sign.

"That invitation to study calligraphy and to step into being an artist was like, just this very affirmative, you should go for it kind of moment," said Leo.

"There's a whole rhythm to how you write. Each script has a different cadence to it and a different rhythm. And a lot of my work is very intuitive. It's kind of liken it to dancing on a page."

Leo took what he learned and mixed it with his life-long love of graffiti into a style called Calligraffiti.

"It's like a hybrid of a gothic calligraphy script with the influence that I had from writing graffiti."

His work is on everything from objects to wall paintings. But it's his murals that have captured the most eyes.

"I think the first mural I did was in a friend's garage. And then things just kind of grew, I got an itch, and I did one wall, and I wanted to do a second wall."

One of his best-known murals he painted was on the back of Seattle's legendary music club, The Crocodile.

"Usually with the murals, I'm trying to think about, you know, what's the neighborhood? Who's seeing this? What is the building that it's on? Are there colors that could tie into the place, and I try and think about if I'm going to be using words or a quote, something that might fit in that particular area."

When the pandemic closed down businesses in Seattle, a fellow artist asked for his help painting over shuttered exterior like the Central Saloon in Pioneer Square.

"Things were boarded up and his godfather owns the saloon. And he said, please just come down and paint something on it. You know, these boards look so bleak."

Following your heart can be a scary step to take. But for people like Leo Shallat, sometimes you need to listen to the writing on the wall.

"I really believe we should all be doing the work that fulfills us and makes us excited to get up in the morning," said Leo "I feel like I'm just getting started. Really, I'm in the very beginning of my career so that's exciting."