Sailing hundreds of feet above the water may not be for everyone. We're looking at you, Jim Dever! #k5evening 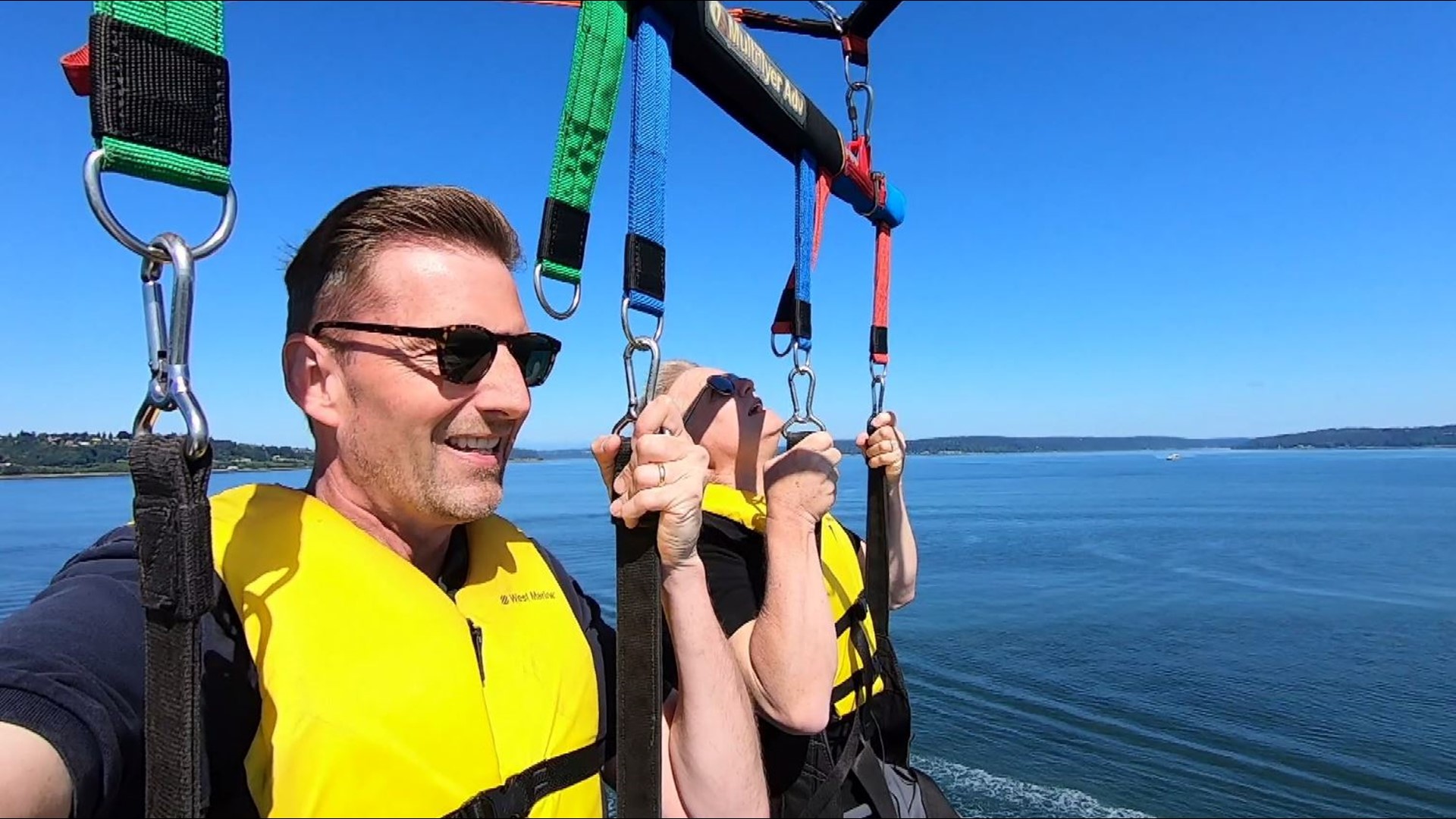 TACOMA, Wash. — Since 2003 Pacific Parasail has taken thousands of people high above Commencement Bay. The bright red parasail is just one of those signs of summer here in Tacoma.

That’s why Jim Dever and Saint Bryan, the hosts of Evening’s “South Sound Fun” special, decided to give it a try.

“I've been a part of a lot of aerial adventures over the years,” says Dever, “but for some reason I've always skipped this one”.

Beau Baggett is the skipper of the motorboat that took them out into deep water.
“Once we get you on the boat we'll take you out to a nice launch point,” he explains, “and from there we will set the sail up and inflate it. We will call you up one at a time, clip you in, and send you out. You'll go up, and have about 600 and 1000 feet of line depending on what you've chosen.”

As the line is let out, the parasail shudders a bit. The rope makes a pinging sound as tension loosens and snaps back in place.

“These are all perfectly normal sounds,” says Bryan, who spent the first ten minutes of the flight reassuring Dever. “Anyone who has handled a little rope and harness knows you're going to hear some cracking and some popping”.

“It's about a 12 to 15 minute flight and pretty relaxing once you get up there,” says Baggett. “Like swinging in a swing set”.

It may not be for everyone. Baggett says some clients have gotten airsick, some have thrown up, some have wet themselves and some have cried.

But Dever and Bryan had a great time, taking in the views of the mountain and the city.

Pacific Parasail is located at RAM Restaurant and Brewery on Ruston Way in Tacoma. Rates begin at $100 per adult. They are hoping to operate through the end of September, weather permitting.