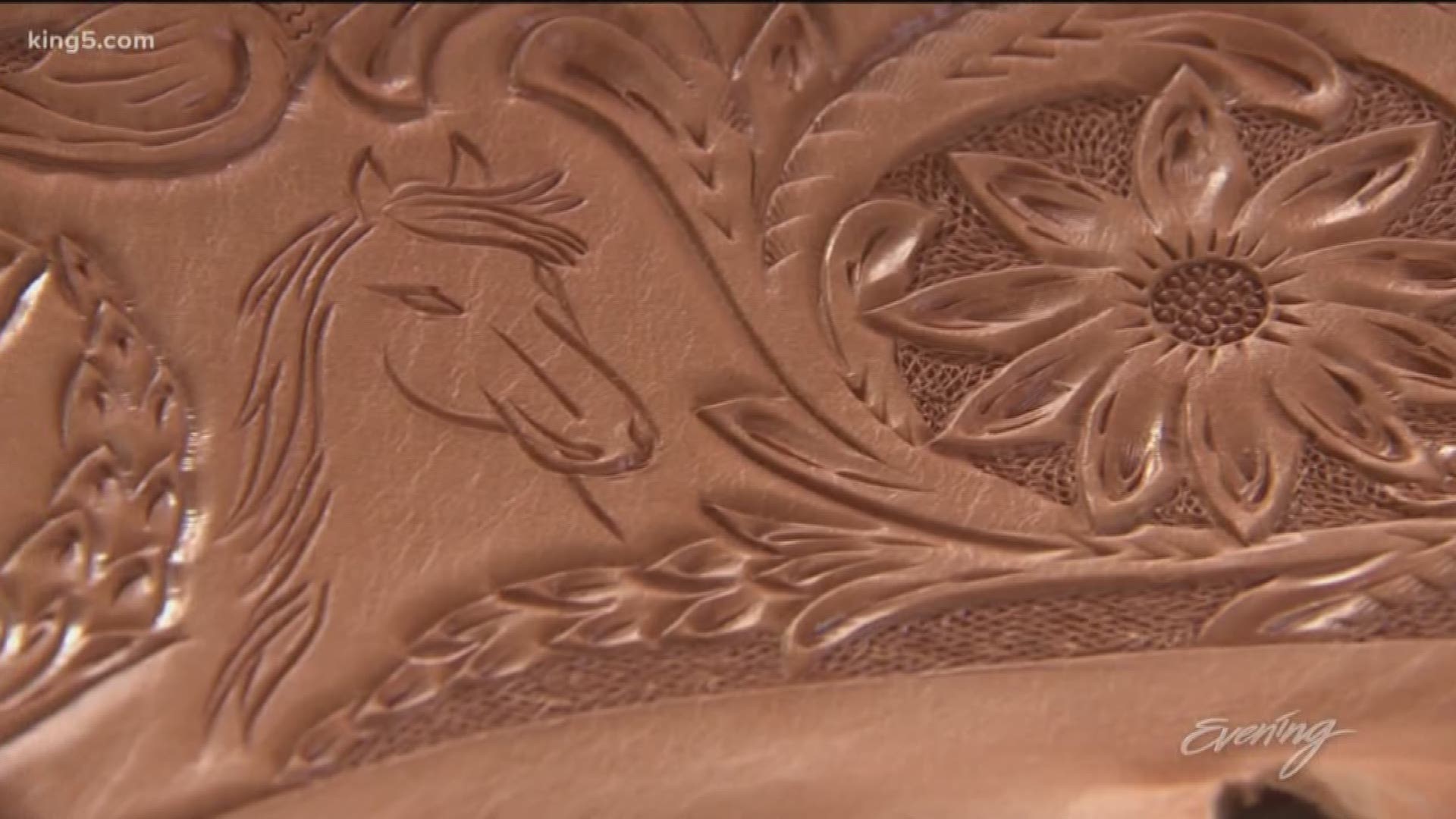 TUMWATER, Wash. — "My story is pretty tragic,” says the man in the cowboy hat. “I mean there is some of it that is really, really rough.”

In a trailer outside Tumwater's Tack Room Too, surrounded by the tools of his trade and the warm smell of leather, Dave Lofstrom has built hundreds of custom saddles.

“You don't know exactly what it's going to be until it's done,” he says. “But that's kind of the fun of it.”

Along the way, Lofstrom has also re-built his life. He had a rough childhood. A rough father.

As a child, Lofstrom found his escape in the movies of Roy Rogers. One day in the 1980's he walked into a saddle shop, got hired and found his new home.

“I just always felt I was a cowboy and when I got a job building saddles I thought ‘This is it! I am now officially a cowboy !”

For more than 30 years Lofstrom has built saddles from scratch, custom tooled with special knives and stamps he's built himself. His saddles come with basket-weave patterns outlined by leaves, pools of sunflowers even hummingbirds

“The people who see it say this is amazing,” says Lofstrom. “I'm just thinking I know.”

That may sound immodest but everyone who knows Lofstrom understands he puts his true feelings into his craft.

He makes that saddle that you have a treasure that you will always value,” says co-worker Darcy Hansen. Her daughter Taylor is one of the state's top cutters. Lofstrom surprised her with handmade chaps.

“She was born on Valentine's day so we put a lot of hearts on it for her,” he says.

Lofstrom has earned a national reputation and made a lot of friends. What he doesn't have is an apprentice. There's nobody to take over when he rides off into the sunset.

His story may have started out as a tragedy but Dave Lofstom has stitched together as many seams as he could to become among the best in the west.

“I just pay my way,” he says. “ That's what my life has been about. Not letting the old man destroy me with what happened as a youth. Just keep pushing through as long as I can.”