Explore the trails at Northern State Hospital and catch a glimpse of how patients lived. 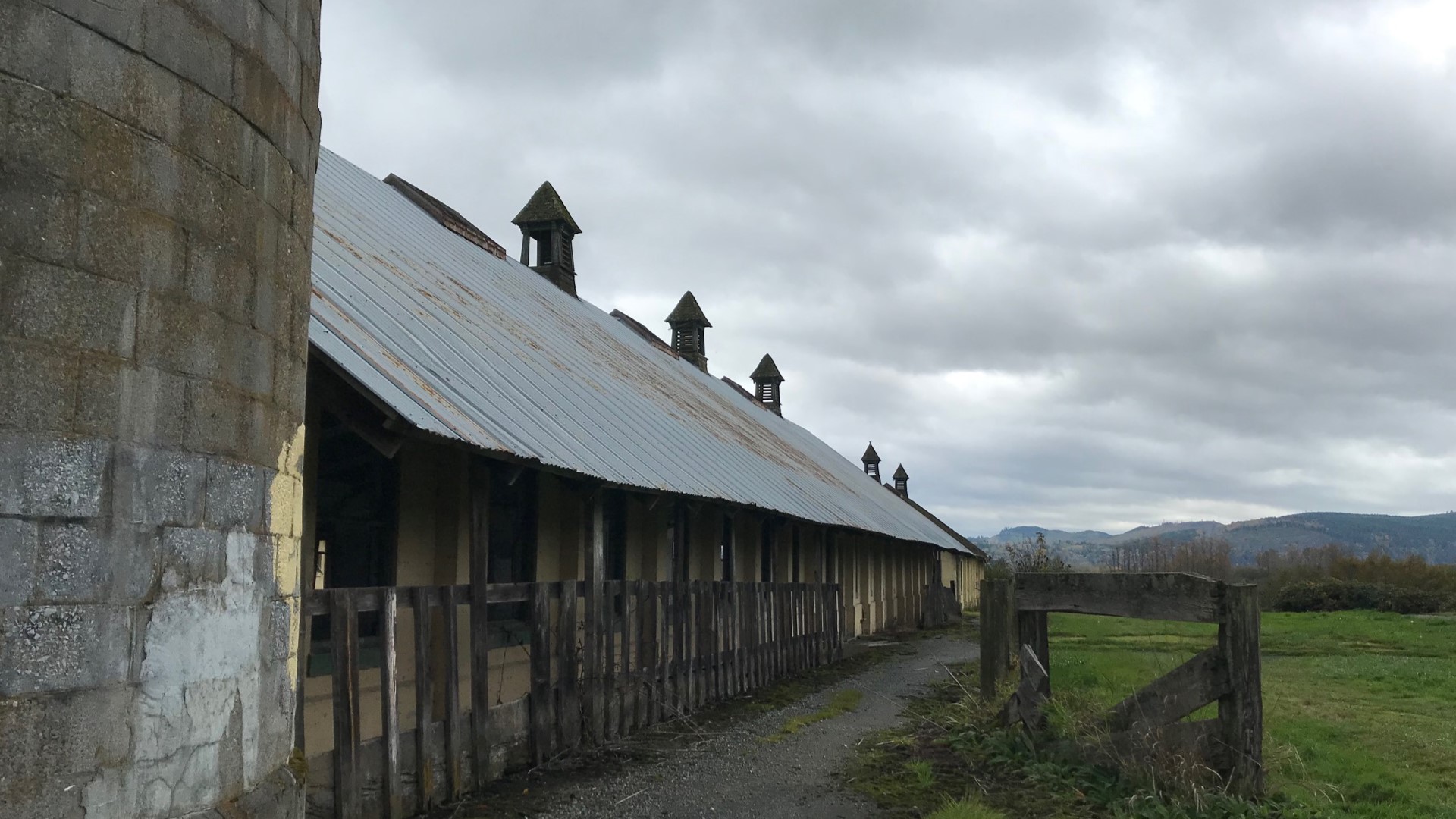 SEDRO-WOOLLEY, Wash. — EDITOR'S NOTE: This is an encore segment of KING 5's Evening.

Northern State Hospital, a mental institution just outside Sedro-Woolley, shut down decades ago. But its buildings still tell stories.

"It has a very strong sense of place,” said author Mary McGoffin.

"What happened when the hospital closed in 1973, people just walked away from the whole property. it was literally just abandoned."

McGoffin has personal ties to this place.

"Northern State Hospital is about five miles from where I was born and where I grew up. And my neighbor was a psychiatrist here, I had an aunt who was a patient. Everybody I knew either worked here or knew somebody who did. I mean it's a small town."

Northern State opened in 1913, housing and treating people considered 'insane' by the broad standards of that time. A person could be committed for alcoholism. Or having epilepsy.

Like many locals, McGoffin is familiar with the trails on the grounds of Northern State. Trails made by the patients as they went from wards to work on the farm, shops, and other parts of the self-sustaining campus.

"As I was walking them I kept thinking what really happened here?"

She began interviewing nurses, doctors, and relatives of patients, learning about the people who lived, and died at Northern State Hospital.

"Most of these people lived here the rest of their lives, some  of them just died of old age."

Only a handful of the patient's graves have markers, bearing just a number, and initials.

"There was also a stigma against mental illness so families would pretty much abandon their family members. Nobody would come to claim the bodies.”

She felt patients deserved more dignity than that.

"What happened was it was starting to get a reputation as a haunted hospital. I didn't want that to be its legacy."

She tells the human stories she found at the hospital in her book 'Under the Red Roof: 100 Years at Northern State'.

"You know, it's an incredible piece of Skagit county history,” said Director of Skagit County Parks, Brian Adams. “These barns were once very active with all the patients being here doing the work that they did."

Today Skagit County Parks, along with the Port of Skagit County, is working to allow access to more parts of the campus that were once strictly 'no trespassing'. And the trails of Northern State Recreation Area have been in place for a while now, for folks who want to legally explore this historic spot.

“And we're just reopening something that was once there – and now it's going to be available to the public rather than the patients,” said Adams.

Volunteers maintain the cemetery, and Sedro-Woolley students put up a marker for the patients buried without one, for a Senior Project.

A new historic driving and walking route opened this month -- it passes the now-decaying wards where patients lived and received treatment. The once-stately grounds were designed by the Olmstead brothers, the same folks who designed New York’s Central Park. The history here, along with the park-like feel of the grounds and the faded grandeur of the Spanish Revival buildings make this place a thought-provoking stroll through the past.

The ruins of Northern State Hospital will always draw the curious.

But as these buildings fade away, don't come looking for ghosts.

Look for signs of life. And to show respect for the lives lived out in this place.

“It's like the land still has memory, and I think that's what draws people here, to try to get a sense of what happened,” said McGoffin. "So we're trying to preserve the past because it's part of our history too."

EDITOR'S NOTE: This is an encore segment of KING 5's Evening.