Marvelous mailboxes, cookies, and lots of love mark this mailman's last day on the job in the Haller Lake neighborhood. 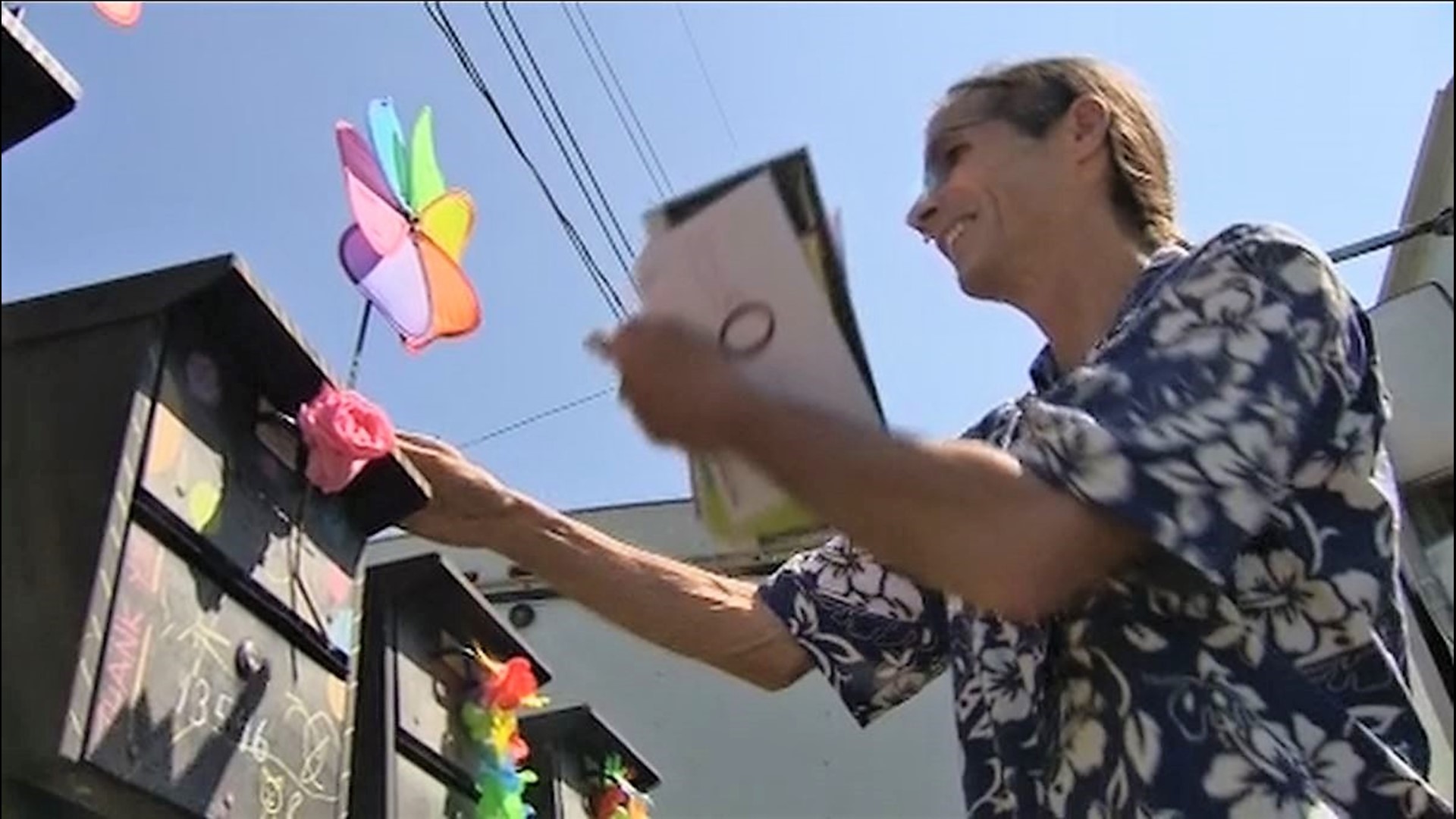 SEATTLE — Mailboxes in the North Seattle neighborhood of Haller Lake were adorned with balloons, leis, even a bubble machine recently. To thank retiring mail carrier Robin Torres for a job very well done.

"He's just an upbeat and positive. Always has a smile, a fun story. He just brings something to this neighborhood that we're all going to really miss,” says Stefani Wilson, one of the customers on his route.

For 30 years this mailman has gone the extra mile: He leaves origami creations and encouraging notes for folks on his route. He knows nap times and knocks accordingly. He knows everyone on his route by name. He helps out. Neighbor Jeff Random recalls a day the carrier paused to help his son dig a backyard pond.

"Just a nice person. Brings a little bit of Mayberry to the neighborhood,” said Random.

This mailman's friendliness has knit this neighborhood together, according to Christine Lackie, who has a group of neighbors waiting in her front lawn for the legendary mailman to arrive one last time.

"I was talking with neighbors, it is like a ripple effect throughout the neighborhood; that love, that genuine want to connect has really blossomed through the neighborhood," Lackie said. She added that Robin's retirement has brought this group even closer, as they all commiserate about missing him.

Christine’s daughter, Josephine, is a superfan. She’s decorated her mailbox with a drawing of herself and Robin with balloons because she’s happy for him.

“He's very special to me because we just have a humongous friendship,” explained Josephine.

These neighbors wait, and Robin's truck finally arrives. And he gets many special deliveries. A present from Josephine, a pot of blooming flowers from another neighbor, and a personalized mailbox with his retirement date on the side and cookies inside, from Christie White, the neighbor that organized the neighborhood decorating campaign.

Since Robin Torres is handing out more hugs than parcels today, the mail’s a bit late. But no one cares. It’s clear he’s delivered more than mail to these neighbors in the last decades.

"Yeah, yeah, delivering friendship!” he laughs as he shuts his mail truck door, waves one last time, and heads off to hug more friends good-bye.