Nolen Lee decided life was too short not to chase his dreams. #k5evening 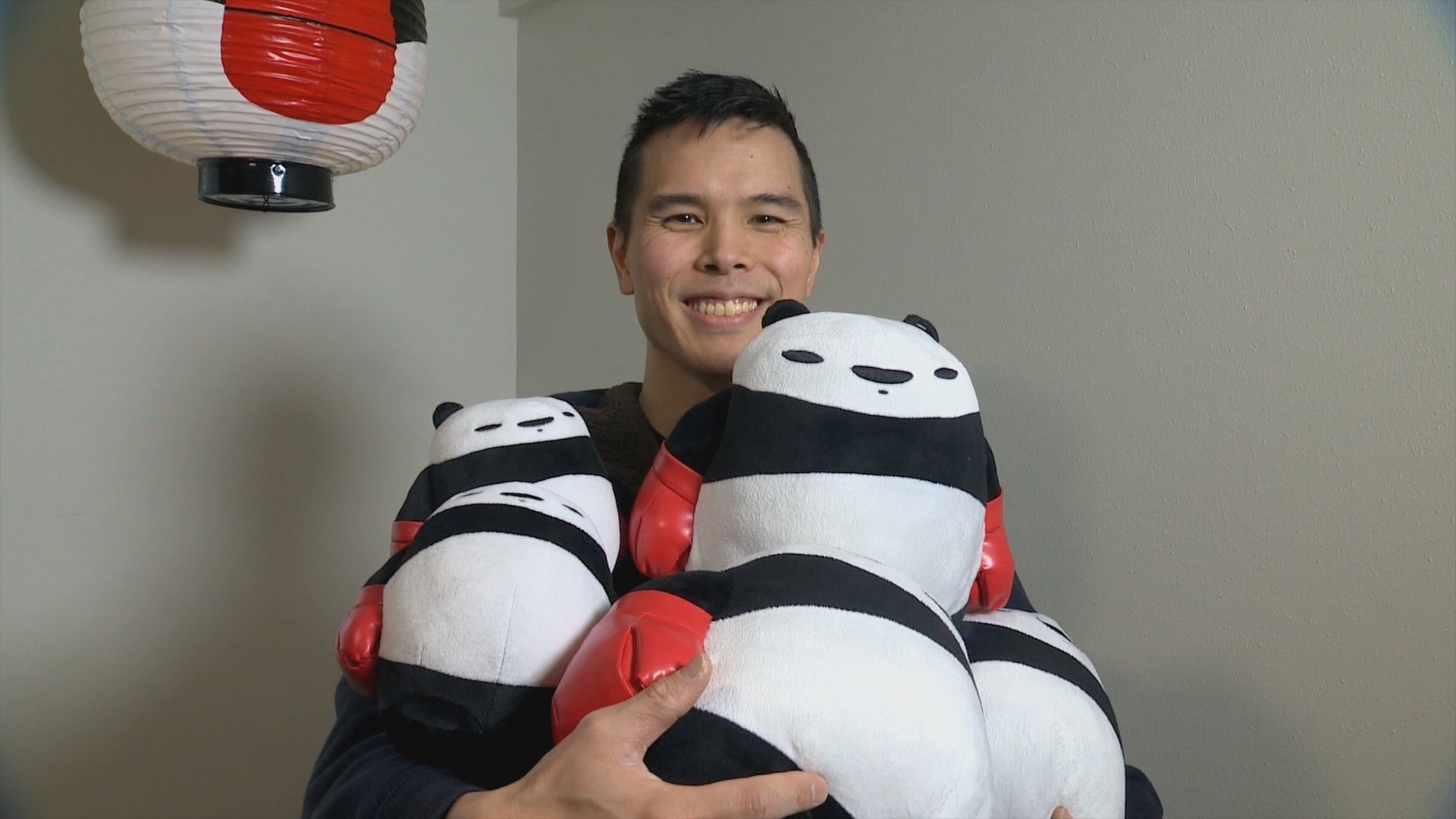 His characters may be black and white but like a lot of life stories, he took quite the detour, “I was one of 6 kids, and I didn't get a lot of attention,” he remembers, “I spent a lot of time by myself learning how to draw."

So serious, he gave up his artistic dreams to pursue a career in civil engineering. “Because it was the more practical thing to do.”

But something was missing. After work, Lee drew late into the night. Finally, in 2007 he set up a website to showcase what he was up to. “Originally, I wanted it to be The Art of Nolen Lee, but I think that sounded a bit cliche, so I wanted to think of something different,” he says.

Lee found his name on a shelf above his computer, pandas wearing boxing gloves, “I thought ‘Punching Pandas.' That sounds funny.“

After a few months, friends were asking why there were no pandas on his website. And that's when Nolen Lee came up with the characters.

“I think the punching pandas name kind of implies like this whole crowd full of pandas just having a big melee to me. I thought it was funny, and surprisingly a lot of other people think it's funny as well.”

It turns out that super-serious student was hiding a great sense of humor, as his books Panda is Fat and Panda is Still Fat can attest.“Maybe there's something about chubby characters that are appealing to everyone.”

No, it didn't happen over-night, but Nolen Lee has learned the value of persistence, and it's paying off in pandas.

“I'm very thankful for being where I am today,” he says. “You have to be willing to take the risk. If you have something you want to make, have the courage to finish it.”