'Nog for Dogs is seasonal dessert for man's best friend

Swell Gelato for Dogs, a company based in Seward Park, makes a frozen version of egg nog for pets. 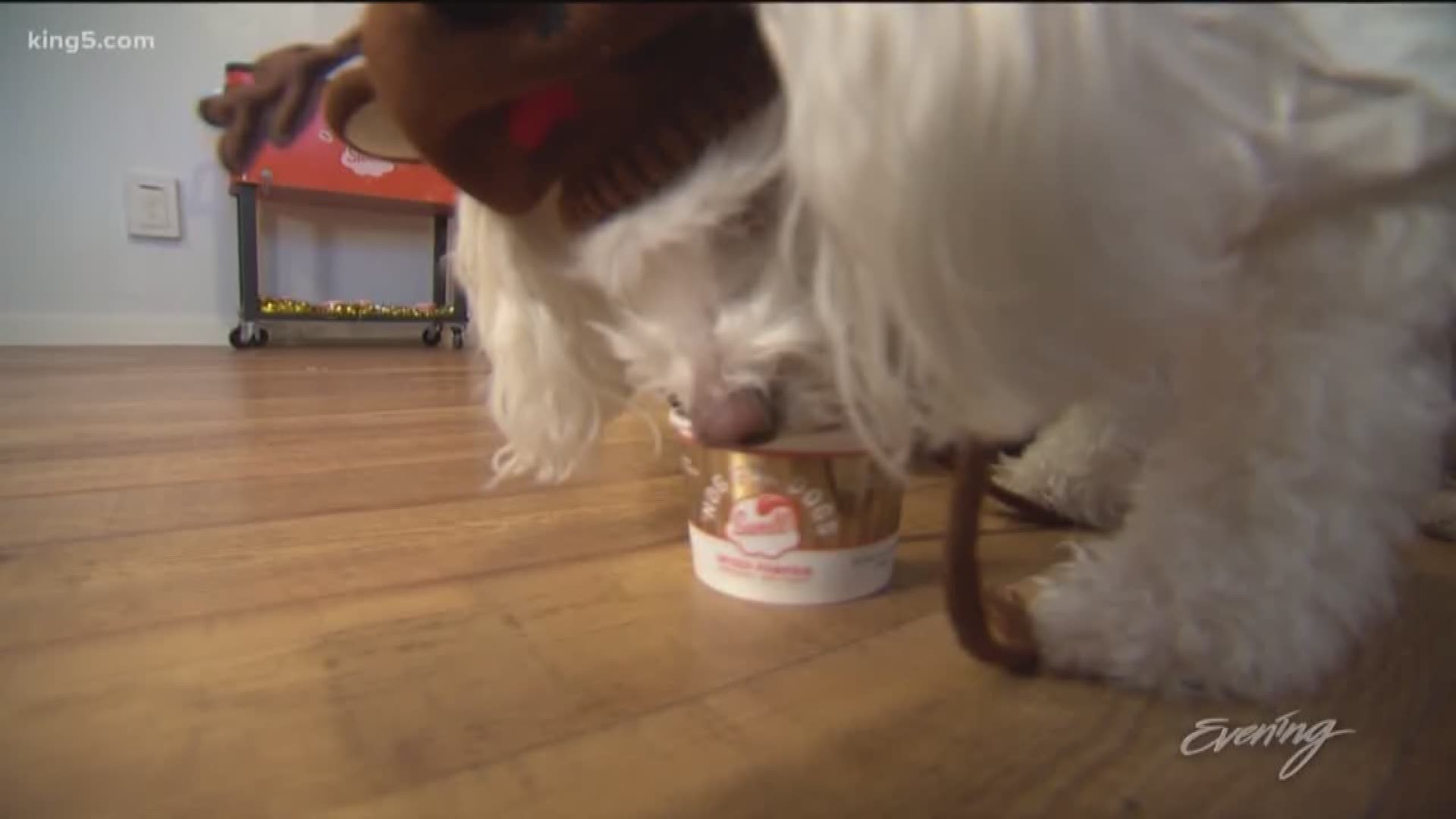 SEATTLE — 'Tis the season of indulgence for both man and beast!

A Seattle entrepreneur has created a version of egg nog that’s suitable for dogs.

"We look forward to the pumpkin spice lattes and the egg nogs and dogs are like a part of our family now. We need something for them,” said Debbie Hendrickx, founder of Swell Gelato for Dogs.

She makes ‘Nog for Dogs, a handmade, dairy-free frozen treat.

"I just started experimenting until I came up with something that was both vegan, still reminiscent of egg nog, but dog-friendly,” she said.

Each batch is made from human-grade ingredients like coconut milk, pumpkin, honey, and spices.

Hendrickx tastes it herself before pouring it into a gelato maker, where it’s transformed into a creamy dessert.

"When I give this to the dogs or I see the owners giving it to their dogs, it's hard to see who enjoys it more,” she said. “You just get a shared moment of joy. And that's a swell moment and I love it."

‘Nog for Dogs is available in 120 pet stores throughout Washington and Oregon. You’ll also find it in the ice cream aisle at Met Market.