Nirvana founder hints at a return to grunge

Bassist Krist Novoselic looks back fondly on his time in the 90's most influential band and says there's 'a secret' to be revealed in the coming year. #k5evening 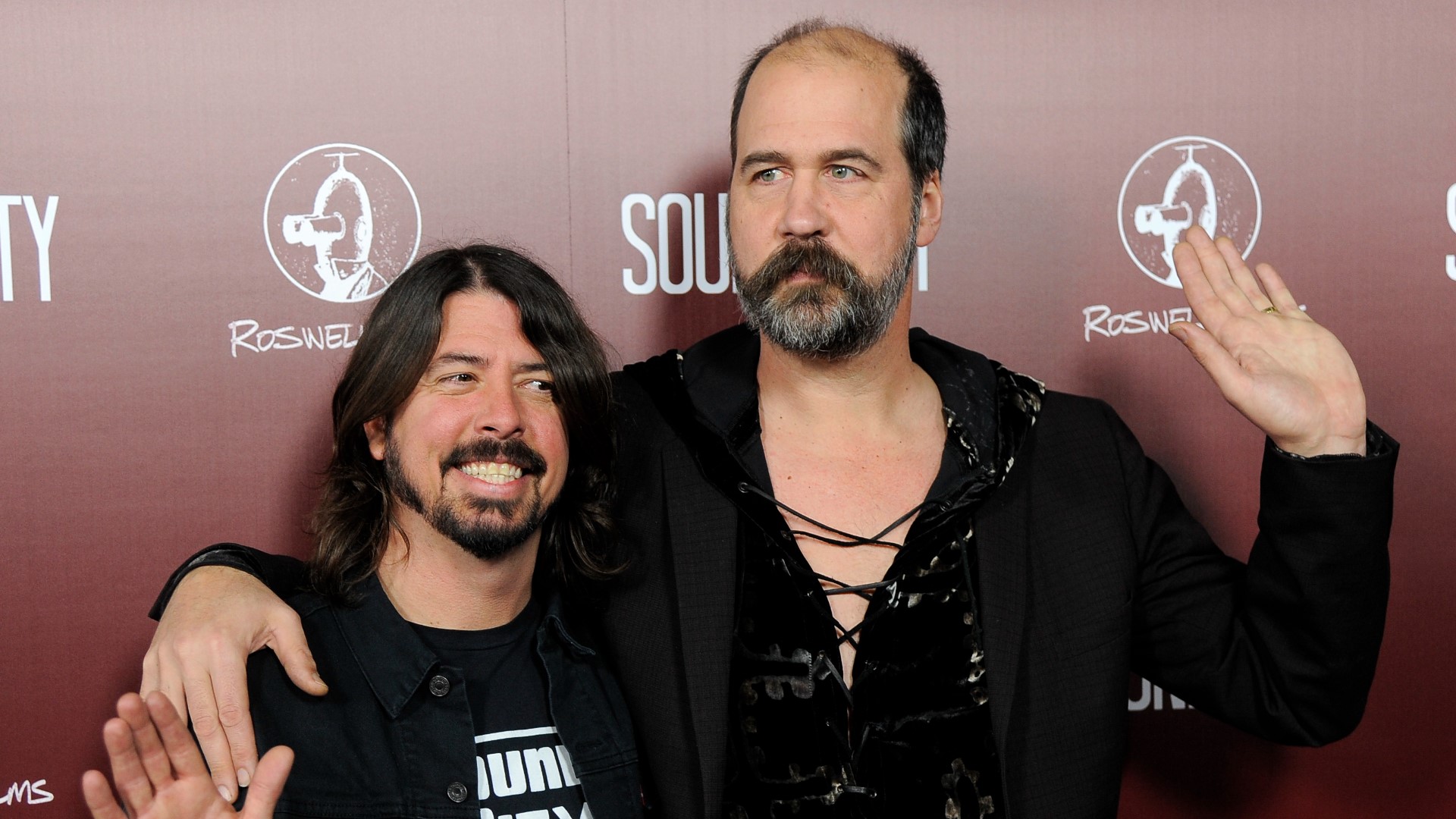 SEATTLE — A kindly, middle-aged man outlines some of his organization's priorities in a YouTube clip:

"Our projects include maintaining the Gray's River Cemetery, a wonderful place to visit loved ones..."

But look a little more closely.

Behind the glasses, the face is familiar. Maybe that's because this small-town community leader is also a music legend. His name is Krist Novoselic.

"The world was blowing up around us," he told KING 5 Evening, recalling the early days of the grunge music explosion.

More than 30 years ago in Aberdeen, Novoselic and his friend, Kurt Cobain, started a little group called Nirvana. A few years later they'd become the biggest-selling band in the country.

"Really didn't even realize what was going on," he said.

A now-classic Seattle performance showcased the ascendant group's raw power at the end of a grueling tour.

Novoselic said, "We were pretty exhausted. We came to the Paramount, which for us was really huge, and it was packed. And there was all this energy. That's the magic of a rock concert. It's reciprocal. When you have a great crowd and they just give the band the energy and the band just shoots it right back."

"I lived in a small apartment in Tacoma. I bought a house in Green Lake," he laughed, "That's how it changed my life."

Nirvana disbanded following the death of Kurt Cobain in 1994, but Novoselic and fellow bandmate Dave Grohl have remained close friends.

Novoselic and his artist wife, Darbury Stenderu, live near the tiny town of Deep River, Washington, where he has never stopped creating.

He recorded two of those albums with a group of neighbors. They call themselves 'Giants in the Trees.'

He also recorded a spoken word record with renowned lepidopterist Robert Michael Pyle, which speaks to the power of nature and the threat of the climate crisis.

We caught up with Novoselic at this year's Seattle induction ceremony for the Asian Hall of Fame, where he was volunteering his services.

"It's a good thing to support," he said.

Novoselic was part of an eclectic mix of musicians, which included Chicago's founding drummer, Danny Seraphine, and Hiro Yamamoto from Soundgarden.

The band performed a way-out version of Ennio Morricone's theme from "The Good, the Bad and the Ugly."

But Novoselic's most surprising musical turn is always whatever comes next.

"It's a secret," he said, but then hinted toward something that smells like a return to his roots.

"I'm a grunge rocker," he said, embracing the label he and fellow hard rock musicians used to eschew, "I'm trying to do more grunge. I really am. So I might have some surprises for 2022."

RELATED: Subterranean Studio in Shoreline is still making history in the world of rock and roll