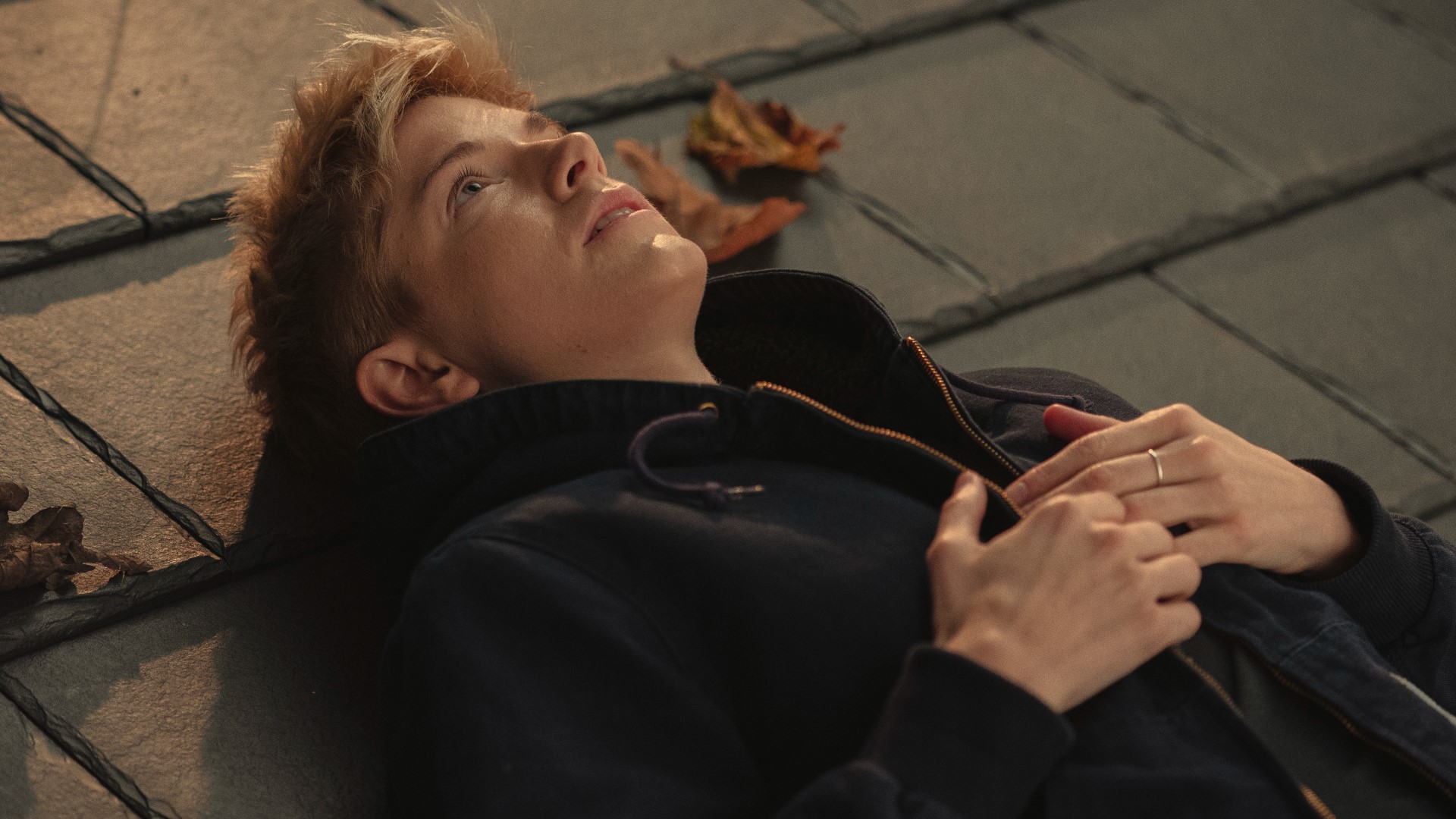 SEATTLE — Gender identity, sexual fluidity, addiction, doubt and regret aren’t conventional ingredients of a comedy series, but Feel Good on Netflix has it all.

The two-season series set in London follow a non-binary comedian through the challenges of staying sober while falling in love with their girlfriend - a semi-autobiographical story from creator and star Mae Martin.

Entertainment reporter Kim Holcomb talked to both about the show and how they hope audiences receive it.

HOLCOMB: "Where is the line between Mae - real Mae - and Mae, who we're seeing on the screen? And is that a tricky line to walk?”

MARTIN: “Yeah, I don't know anymore, Kim. (laughs) No - I think in season one, that was very much me about ten years ago. Season two is a lot more sort of in real time, stuff I'm working through. So yeah, season two felt a little more meta, a little more kind of raw.”

HOLCOMB: “Is that cathartic for you, to actually be working through things as you are working?”

HOLCOMB: "Lisa, how was this initially pitched to you and what was the selling point?"

KUDROW: "It was so well written, so funny, so accessible, and just honest, too. And I don't like traveling, and I knew I'd have to go to (England) - I was praying, 'Please don't like this.' But I looooved it."

MARTIN: "We'd written with people in mind just to help us write, so we kept referring to Lisa when talking about the character…”

MARTIN: “Oh, 100% - just as a touchstone for this type of performance. So we could not believe that you said yes."

HOLCOMB: "What do you want people to know you share in common with Linda, and how are you absolutely nothing like her?”

KUDROW: “Hopefully in many ways, I'm nothing like Linda. But there are a few ways I'm exactly like Linda. The terror around your child's safety - I completely understand that and I have at times, I think, been angry about it. Instead of... I don't even know what the right way to be is, so I guess I'm still stuck there!" (laughter)

HOLCOMB: “What are the most rewarding reactions you’ve gotten from viewers?”

KUDROW: "It's the thing you want to hear about any show which is, ‘I really loved it. I can't wait to see more.’"

MARTIN: “I was really surprised by the volume of fan art I got. I wasn't expecting people to draw it, so that was nice. A lot of people in my parent's generation and people you wouldn't expect to like it are really getting it and relating to it. We weren't consciously trying to teach people anything - just hoping people connected with the characters and then by relating to them, they would start to see how universal and human those experiences are."

Both seasons of Feel Good are now streaming on Netflix.