There's not cell service where they're going. #k5evening 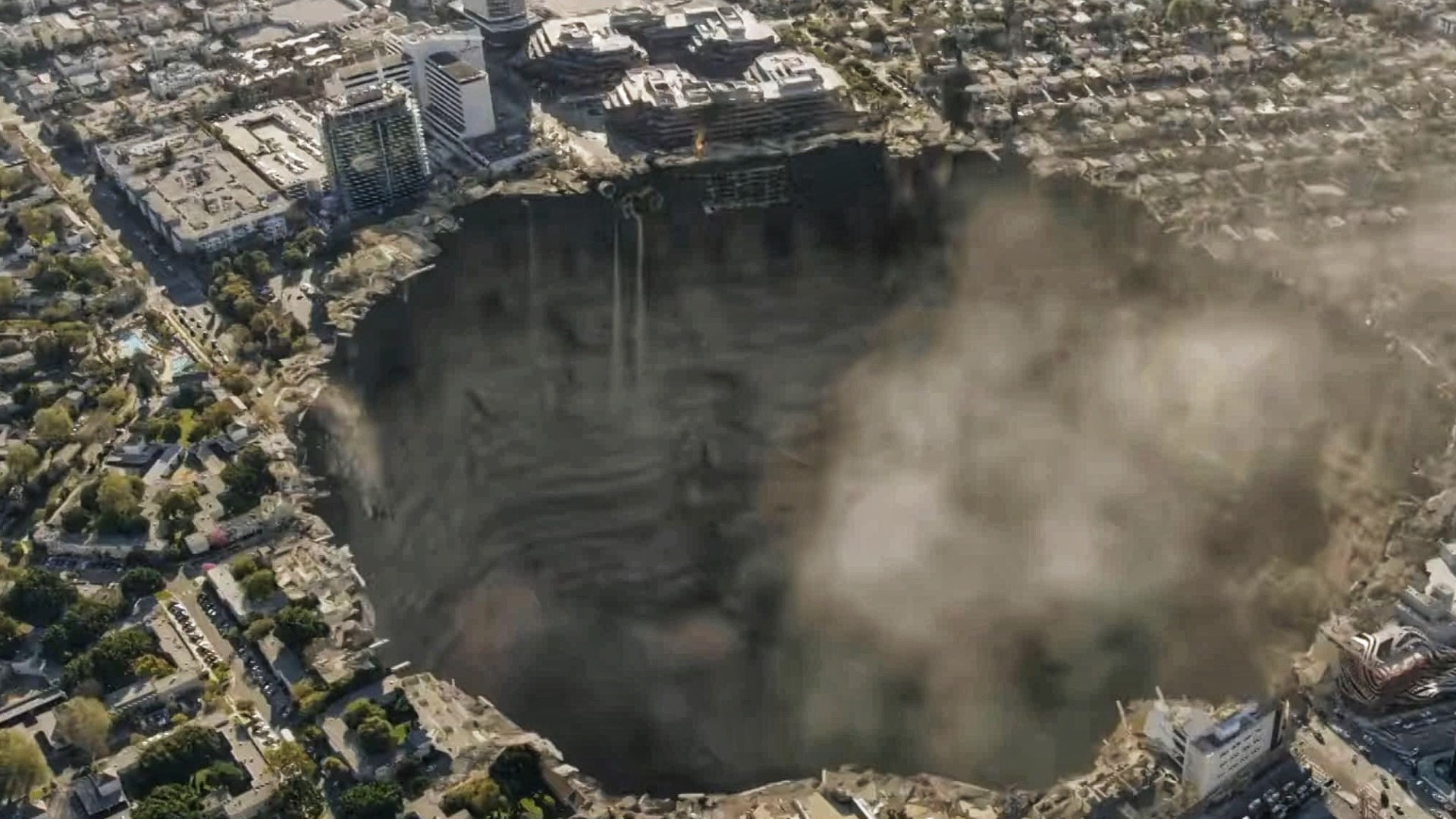 LOS ANGELES — It may look like a show about a giant hole in the ground. But actress Natalie Zea says the sinkhole in the new NBC series, "La Brea", is just a part of a deeper story.

Zea explained, "It is not about a giant sinkhole. It's about a bunch of different people who experience this catastrophic event of this giant sinkhole opening up in the middle of Los Angeles during rush hour and how it affects each of them individually and as a group."

Those who fall into the sinkhole are dropped through a glowing riff and into a primeval world where cell phones don't roam but prehistoric creatures do.

The only person on the surface who knows they're alive is a character named Gavin Harris, played by actor Eoin Macken. Harris has been plagued with visions his whole life. But what once was written off as crazy now may be the only connection between the two worlds.

If you think ‘strangers forced together after a disaster’ sounds a little like the premise of the TV show, "Lost", you're not alone.

"Obviously in the very beginning, we make a 'Lost' reference because I think it's important to know that, you know, we understand the similarities and we embrace them,” said Zea. “Also, 'Land of the Lost.' Really anything with the word lost in the title.”

It may take some inspiration from Lost, but NBC hopes viewers will find their way to La Brea.