Musubi-only cafe in Bremerton has fans lining up 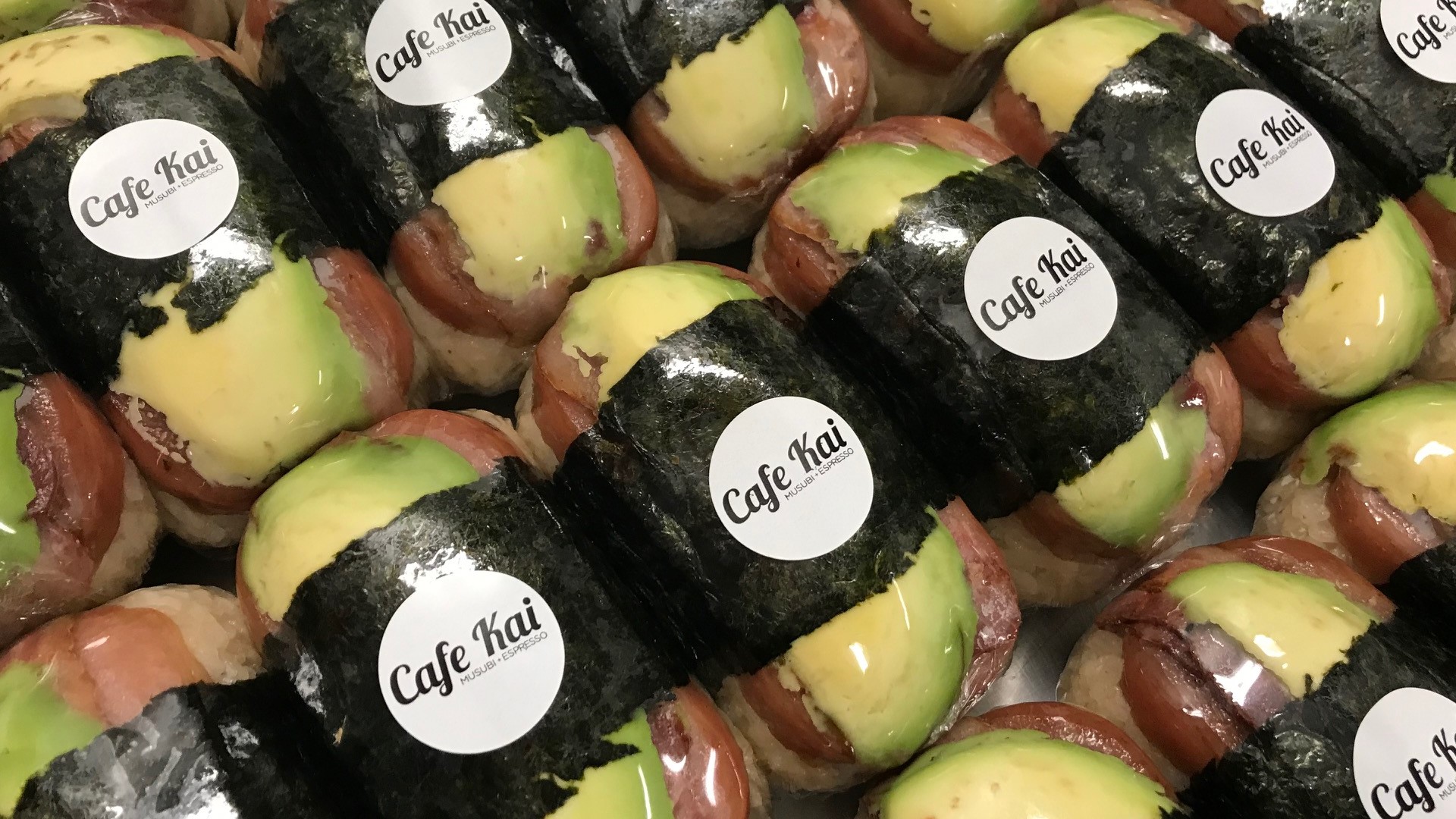 A secret that inspires people to line up before 9 in the morning.

A secret that says 'Aloha'. With each slab of Spam.

"So a musubi traditionally is Spam on rice wrapped in seaweed - we grew up eating it in Hawaii,” said Café Kai co-owner Jamie Cancel.

Musubi is a mashup of Japanese and American food - rice and Spam, bound by seaweed.

And musubi (and espresso, because it's the Pacific Northwest) is all Cafe Kai makes. A sign on the door proudly proclaims No Muffins, No Scones, No Croissants, No Sandwiches, Aloha!

Jamie owns Café Kai with her husband, Brandon Sumailo. It’s named after one of their daughters.

At first, they tried to do paninis, but their hearts weren't in it.

They're both from Oahu, so they started making the snack that tastes like home to all Hawaiians.

"It’s definitely comforting food, and sometimes it's a quick snack, sometimes it's a whole meal. We cook ours in our own teriyaki sauce,” she explained, “the texture if your rice is key, it has to be the perfect chewiness.”

Another key to perfect musubi is that shiny, plastic wrapping. It has to be portable.

Along with classic Spam teriyaki, they do vegan musubi with kimchi, one with bright red Redondo's Hot Dogs from Oahu, and rice balls that are pork-free. Their best seller? A Spam bacon avocado musubi.

This handmade musubi inspires a line-up for every morning. An ambulance pulled up when we were shooting there, and it seems to be the snack that keeps Bremerton's emergency services providers going strong.

"We come here every shift, every shift at 9 o clock, if we're not running a call, we get our musubi. It's really good,” said Caleb Johnston, an EMT.

And if you're still one of those people who says ‘no way’ to the notion of Spam and rice wrapped in seaweed, that's okay.

To the owners of Cafe Kai, you're another potential convert.

"So we try to be nice,” Jamie laughed. “We just tell them, it's nothing what you'd expect, it’s full of flavor, it's filling, it’s delicious. It’s satisfying. Whenever anyone tries it, they end up loving it.”