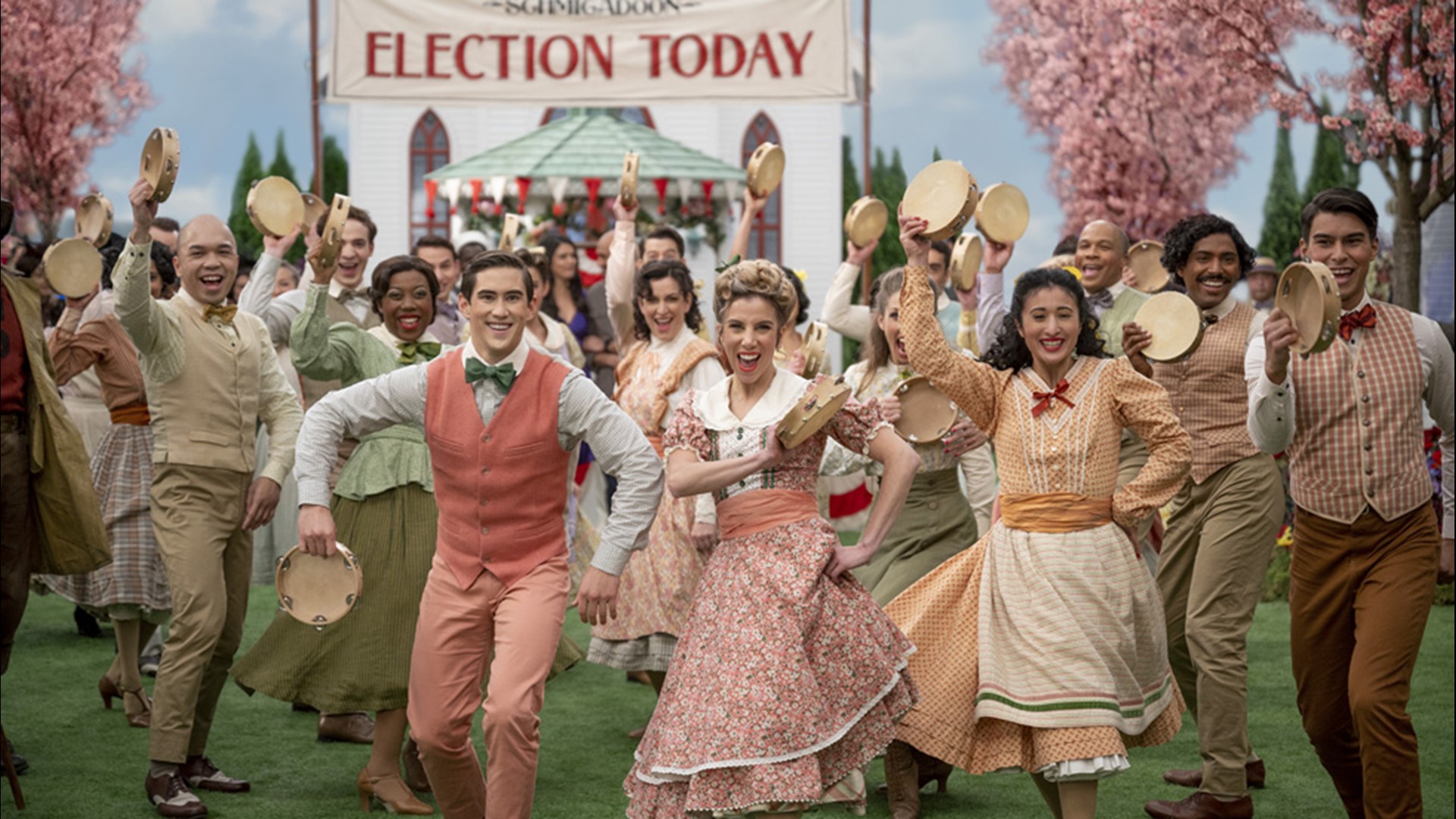 SEATTLE — If you love musicals and satire, new series "Schmigadoon!" has everything you’re looking for.

Executive produced by Lorne Michaels of "Saturday Night Live", the Apple TV+ show centers on a couple who find themselves trapped in a beautiful but odd town where everyone dresses (and sing) like characters from a 1940’s musical.

The cast includes comedic actors, Broadway stars and singer/Bainbridge Island native Dove Cameron. She admits to singing through her days in real life, too.

"I sing constantly and all the time,” she said. "I'm sure if it didn't work for the people in my life, it would be the worst thing. But thankfully I only associate with very self-expressed people, so we all sing together.”

SNL star Cecily Strong and Keegan-Michael Key play a longtime couple trying to work out their problems on a hike. They get lost and find themselves in the town of Schmigadoon – which was actually on a soundstage in Vancouver B.C.

“We did get to shoot outdoors (once) and it was stunning. I mean even the drive to the studio was like, I can't believe what I'm seeing,” Strong said.

The show is a sweet, funny and smart parody with genuinely catchy songs. For Seattleites who’ve missed live theater during the pandemic, the cast hopes it’s also a sign of better days ahead.

"I've gotten to do theater in Seattle, it's such a great theater town, and I just hope it really reminds people, 'Oh yeah, we've got to get back into the theater and watch this stuff in person,” said Broadway star Aaron Tveit.