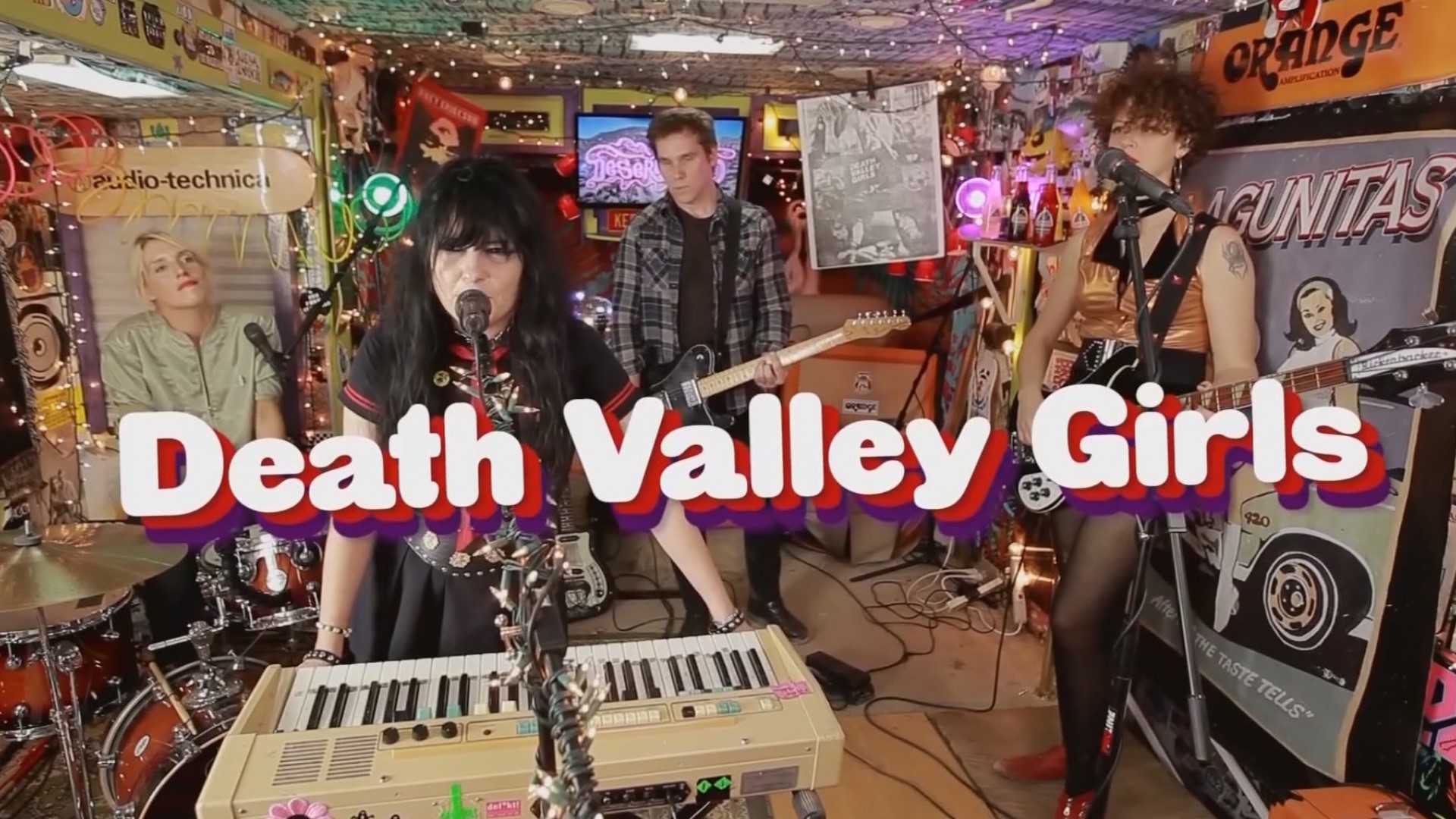 SEATTLE — Death Valley Girls is a Los Angeles-based band that feels less like a band and more like a travelling caravan, their shows are electric, powerful, and full of energy.

“We are collectors in a lot of ways, we collect people stories,” said bassist Alana Amram.

“There is a lot of collaboration going on, we just have good chemistry,” said guitarist Larry Schemel.

Words like “retro” or “old school” convey a starry-eyed nostalgia that do a disservice to the band’s harnessing of primal instrumentation and communal reverberations — if something in Death Valley Girls’ sound harkens to the past, it’s only in an attempt to dislodge us from the static of the present.

"Is more like a traditional Rock & Roll base sound, a chance to be loud."

The show, Band in Seattle, will bring a live performance of this garage band on season six, adding personal interviews with band members.