The Museum of Pop Culture could be the happiest place on earth for fans of movie fashion. #k5evening 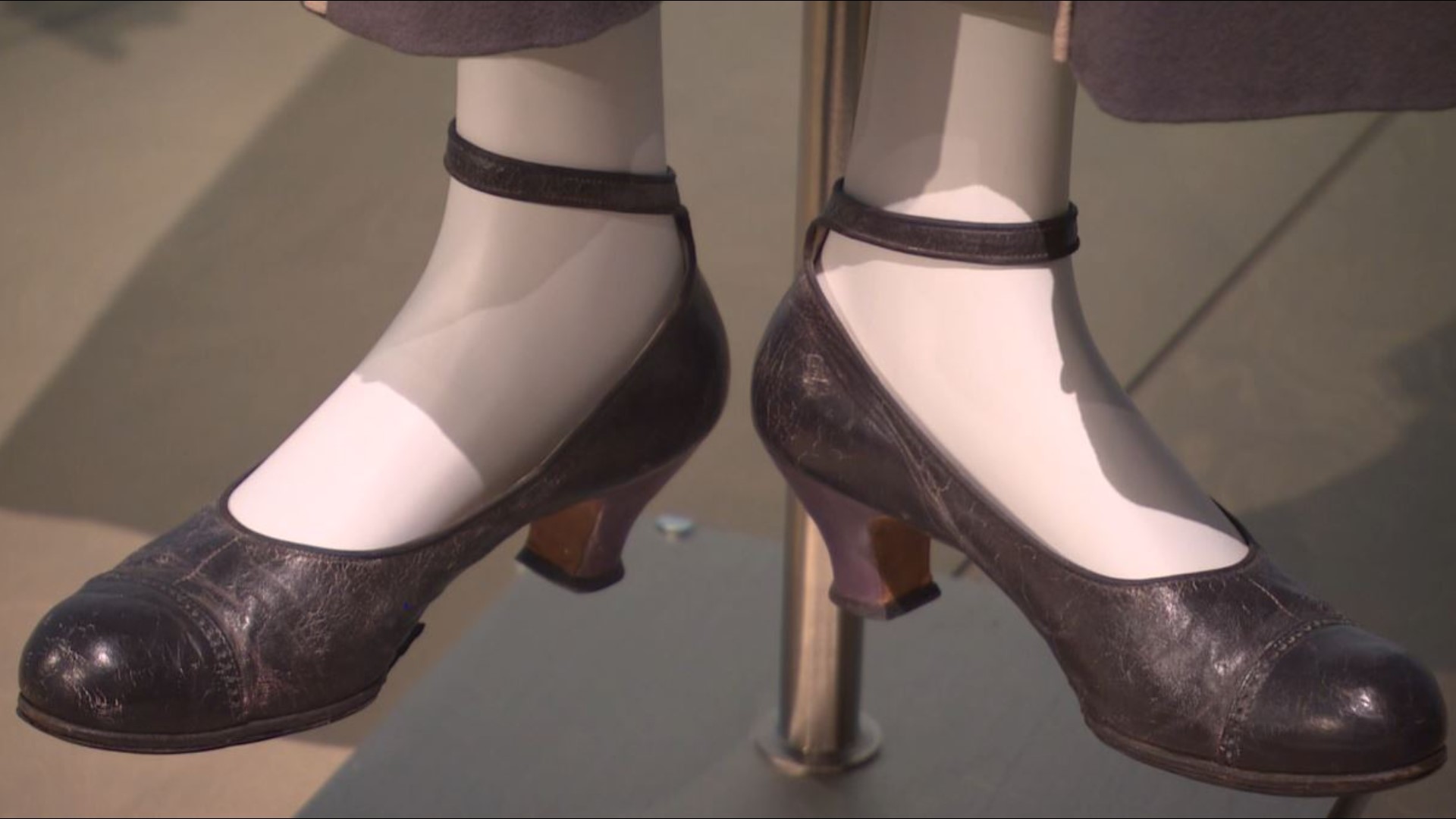 SEATTLE — It's like stepping into a massive wardrobe closet filled with clothing worn by your favorite fictional characters.

"My first word, walking in, when we finally got this installed, was 'wow,'" said Museum of Pop Culture curator Brooks Peck.

Walt Disney Archives Director Becky Cline said, "This is the very first full-costume exhibit that the archives has done."

Each of the exhibition's 70 pieces has a story to tell, like a lightly patterned dress from the 2015 movie, 'Tomorrowland.'

"If you look at it really closely," Cline said, "there's a pattern in there that is actually mathematical theorems."

You don't get to just see Cinderella's gown, you'll also learn about its creation. Pointing out the detail on the pastel blue creation Peck said, "This dress has 270 yards of fabric in it." (And 7 miles of seams!)

The oldest piece in the collection is Mary Poppins' traveling dress worn by Julie Andrews in the original 1964 film.

There's even a 'Magic Mirror' you can stand in front of to virtually try on some of the classics.

"All these different ways to tease out these behind-the-scenes stories," Peck said.

Why just wish upon a star when you can see what the stars wore on film?

"It's an integral part of filmmaking," Peck said, "as integral as the photography or the set or the writing."

The exhibit opens to the public Saturday, June 5.

In other MoPOP news, the museum's Soundoff music showcase celebrated its 20th anniversary with a virtual performance by eight acts under the age of 21. The entire show is available to watch for free on YouTube.