Monet at Étretat features paintings of a small seaside town and spectacular cliffs in France. #k5evening 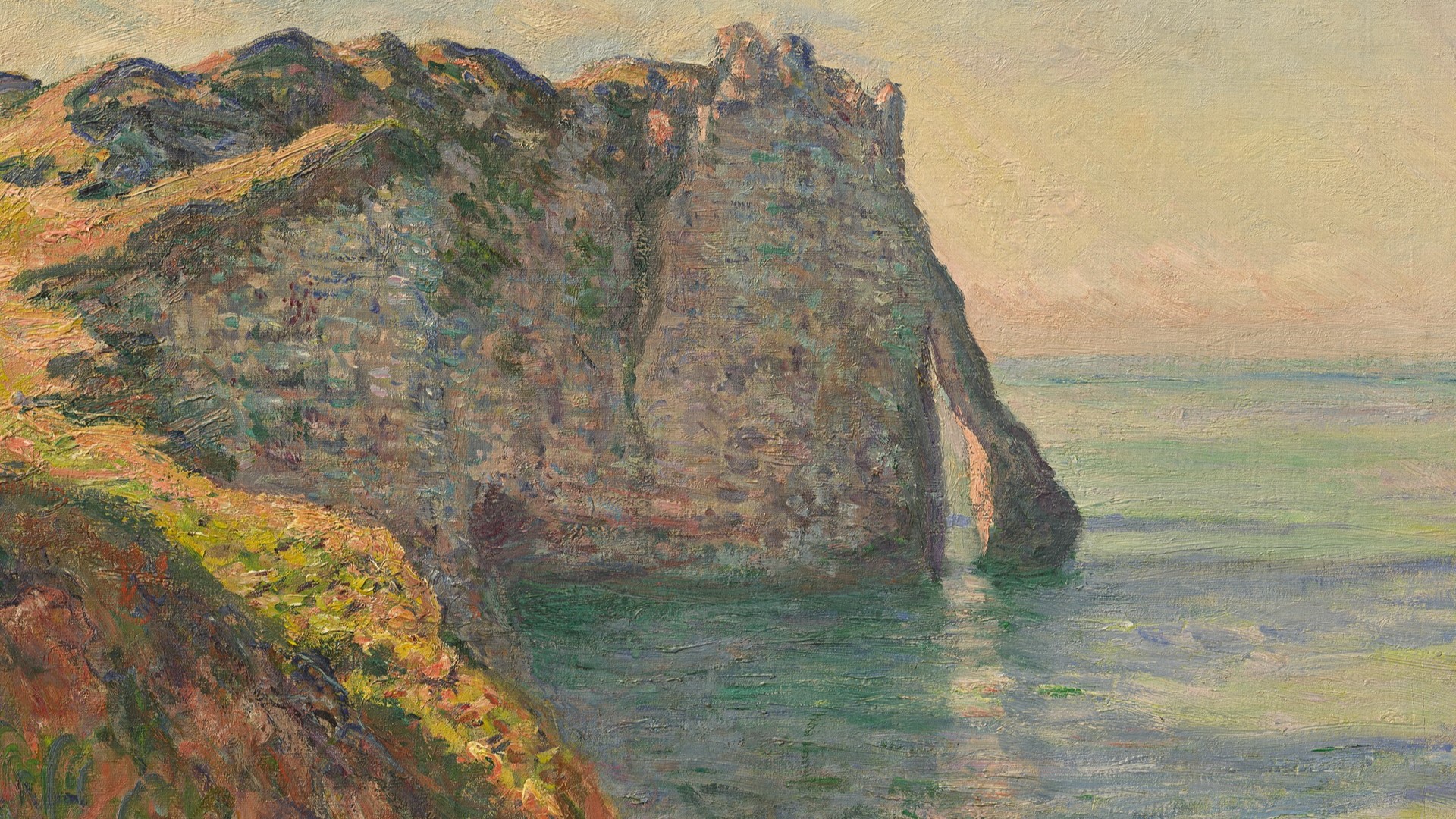 SEATTLE — A new exhibition at Seattle Art Museum offers a unique perspective on one of history’s most famous painters.

Monet at Étretat focuses on two brief periods in Claude Monet’s epic career, when he visited the small town on the Normandy Coast in France.

“It’s a really beautiful, spectacular setting that is famous for enormous limestone cliffs,” said curator Chiyo Ishikawa. "He paints two basic things: the cliffs themselves and then he's also interested in the daily life of the village. Monet is from the Normandy coast and he's really familiar with marine life and boats and he kind of identifies with the fishermen."

He stayed and painted the area during February of 1883 and during the fall/winter of 1885.

Credit: Seattle Art Museum
Claude Monet painted 'Fishing Boats at Etretat' in 1885, during his second trip to the small village on the Normandy coast.

"It's interesting that Monet chose to go to this famous tourist destination at a time when there were no tourists,” Ishikawa said. "In a way, he made things difficult for himself. He went there in the off-season. He definitely got some turbulent weather, and that's what he paints in his paintings."

While his name was well-known at the time, Monet was not making much money and struggled to support his large family.

"It's a difficult time in his life. He is trying to achieve success, and he still hasn't,” Ishikawa said. "He's 45 years old, he still hasn't really broken through the art market."

The exhibit includes a gallery that showcases the process Monet used to paint, including a folding easel, brushes and paint kit like the kind he would have carried on his back to and from his locations.

Despite his self-doubt and ambition to become successful, Monet was also resolute about his approach to creating art.

“His dealer is urging him to paint highly finished canvases because those are the ones he can sell. That really goes against Monet's instincts,” Ishikawa said. "Every time he sat down in front of a new blank canvas, he thought, ‘Okay, this is it.’”

Monet would eventually “breakthrough” in 1890. But Ishikawa believes the time he spent in Étretat represents a universal experience.

"I think it's really interesting, no matter what your chosen field is, to identify with someone who struggles,” she said. “He painted for a nearly 70-year career and we think of him as water lilies or Impression sunrise, and we see his paintings all over calendars and coffee mugs. You would think from that, he was successful all the way through. I think that it's a new picture of Monet that is more complicated, more human, and more identifiable than the 'painter of pretty landscapes.'"

Monet at Étretat opens July 1 and runs through October 17. Tickets are available online.