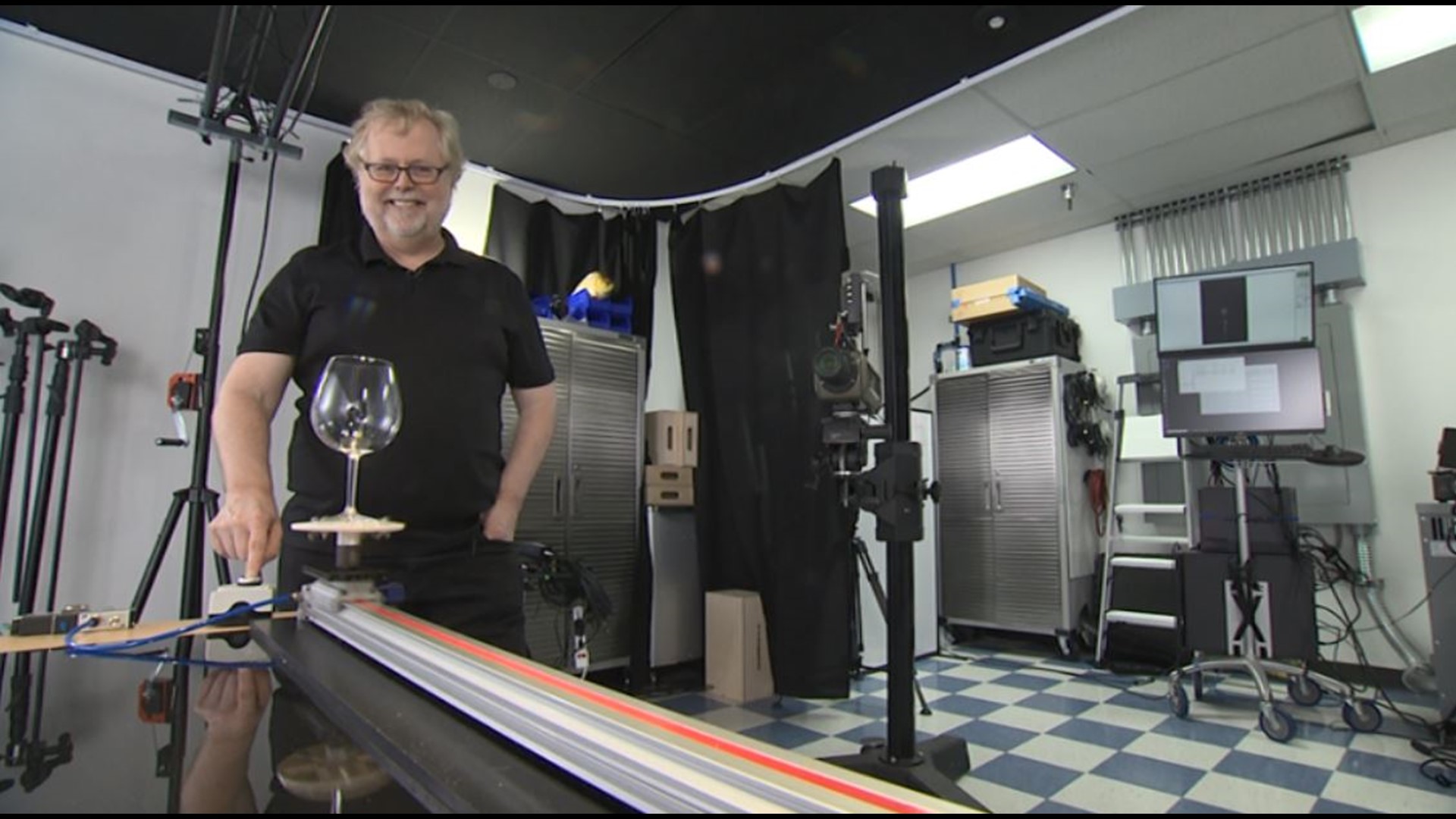 BELLEVUE, Wash. — He was the Chief Technology Officer for Microsoft. He worked with Stephen Hawking. His company Intellectual Ventures is developing everything from healthcare solutions for third world countries, to clean nuclear power. When he's not using science to make the world a better place, Nathan Myhrvold breaks glass, cuts cookware in half and plays with his food, using robots and cameras he's built at his Factoria laboratory.

For Evening's camera, he pushed a button labeled "Mayhem" and launched a wine glass on a fixed platform, to demonstrate how he controls chaos in his lab to get stunning photos.

"We love to do things that show you a view of food for you just don't normally see."

Myhrvold's mad-genius approach to food is cataloged in one of the world's most expensive cookbooks: Modernist Cuisine is 6 volumes weighing in at more than 40 pounds. When it was released in 2011 food fans paid over 600 dollars for it, and critics call it 'the cookbook to end all cookbooks.'

"So for my books I wanted to show people a vision of food they haven't seen before,” said Myhrvold. "The reason that we go to the efforts that we go to to make a photograph is because we want something different. This isn't just like everybody's Instagram picture of what they had for dinner. This is really trying to evoke something that goes well beyond that."

Credit: KING5 Evening
What the robot wine glass fling looks like when the glass is full

These images are so popular, Myhrvold opened Modernist Cuisine Gallery - the first ever devoted to fine art food photography by one artist. There are four, in Las Vegas, New Orleans, San Diego and Seattle.

"Well first of all I think foods beautiful, yet food as a subject for art is just very hard to find - in the Renaissance they would paint still lives, there is a classic old master tradition. But not so much anymore."

His next project? Unlocking the scientific secrets of everyone's favorite food. The Modernist Cuisine lab is in year 3 of cranking out - and quantifying - thousands of pizzas. 'Modernist pizza' isn't done yet, but based on everything else Nathan Myhrvold does, it will be a work of art.

And a lot of fun.