Mexican pizza? How a Tacoma restaurant gave the world pizzacoa 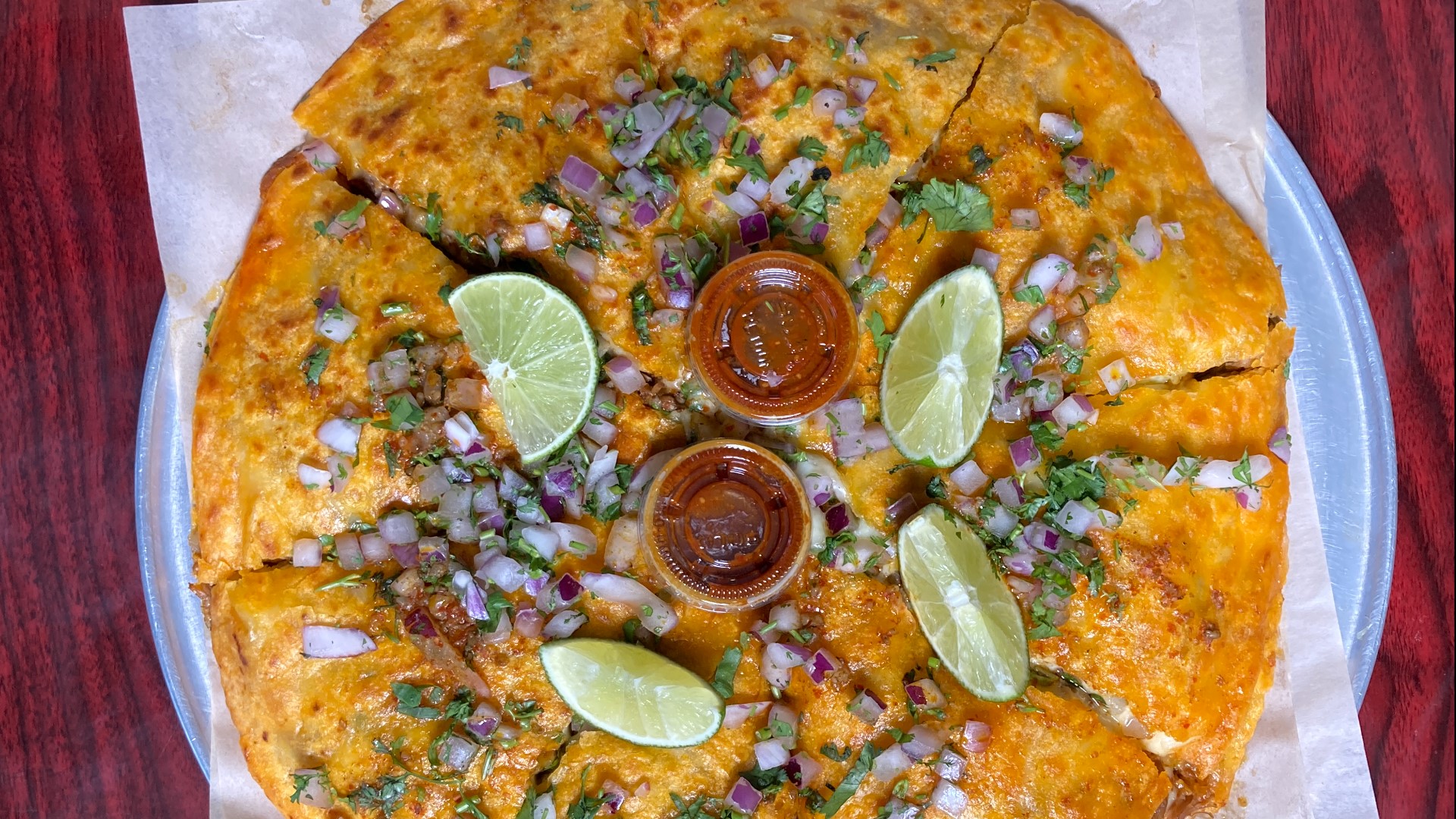 TACOMA, Wash. — The name may say Los Tamales on the outside but inside many of the customers dining at Palmira Mendoza's restaurant have come for the pizzacoa. It’s a Mexican-style pizza Mendoza invented that is drawing customers from as far away as Oregon and Eastern Washington.

Mendoza had already been serving up birrea, a slow roasted barbacoa beef, in quesabirrias. Folded up in tortillas with melted cheese and dipped in sauce, quesabirrias are the current big social media sensation among Mexican food afficiandos.

But one day last Summer a customer DM’d  the Los Tamales Facebook account to ask if they served pizza with barbacoa beef.

“I was surprised because I have never done a pizza in a Mexican restaurant,” she says.

Some restaurant owners might have ignored such a strange request but not Mendoza. Within days she came up a recipe and announced a new menu item: pizzacoas.

The reaction was instantaneous.

“Customers started coming in and ordering pizza, pizza, pizza and the phone was nonstop,” Mendoza says. “It was just a boom!”

The pizzacoa is something like a supercharged multi-layered quesadilla.

“It's three layers of flour tortillas,” says Mendoza. “The big size. And it is filled with cheese. And then it's topped with the barbacoa meat and then we add onions and cilantro.”

The layers are stacked, sliced like a pizza, boxed like a pizza and ready to go. A four-slice small pizzacoa runs for $16.99. The eight-slice large is $26.99.

Both are such big hits Palmira says she's gone from making 200 pounds of barbacoa a week to 12-hundred pounds.

Los Tamales has become a South Sound sensation. Now the pressure is on Mendoza to come up with the next big thing.