From Rocket Scientist to Lavender Farmer. Here's proof that it's never too late to follow dreams. 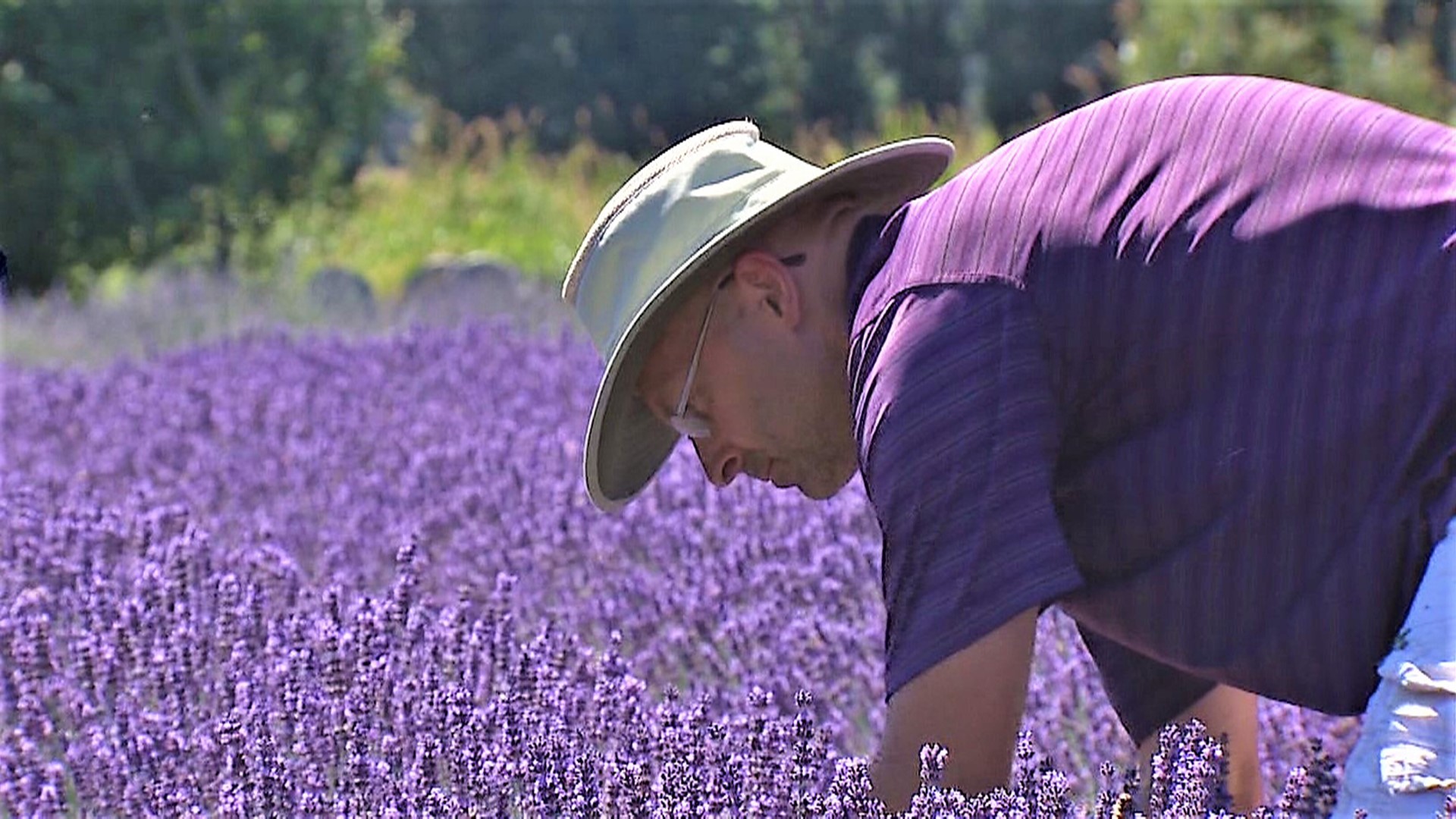 WOODINVILLE, Wash. — Tom Frei spent the bulk of his career building rockets. His latest venture? It's a bit more down to earth.

"Yep. Very fragrant," Frei mused as he cut bundles of lavender with a sickle.

Frei was a rocket scientist with Aerojet Rocketdyne in Redmond for 26 years -- and he loved his career.

"I would say in the first 5 to 15 years, I was just focused on the job, and we were raising our kids at that time and we were just really busy," Frei recalled.

But at the 20 year mark he started thinking about launching something of his own.

"Somewhere in there we always went back to: "Wouldn't it be cool to have a business around your hobby or your passion?" And for me it was gardening."

A well known purple plant put his career on a new trajectory:

"On vacations, my wife and I saw lavender farms in Washington state, out on the Olympic Peninsula, and the San Juan Islands and it just resonated with us, that's an amazing plant."

"This is the best job here. It's in the shade, it's very fragrant." Frei said making a circle of fragrant lavender buds under a cedar tree.

He also marvels at all of the things lavender can do:

"That oil that's in these buds, it's amazing, all the properties. You can cook with it, it's anti bacterial, it's anti fungal. it's an insect repellent.."

So what did Frei's coworkers say when he traded rocket building for flower growing?

"Nobody said "You're nuts." Most of them said "Congratulations. You give us hope. there's something else that we can do maybe in our second career."

His new job includes plenty of time for grandkids, and other perks.

"My commute is fantastic. I get up in the house, walk across the parking lot, with a cup of coffee, I set up the sprinklers, and get ready for opening during the day. "

Today, Woodinville Lavender is a success. It might be because of one thing Tom learned from building tiny, precise rockets designed to nudge satellites along in outer space:

"I think, detail. Attention to detail."

Tom's advice for anyone considering changing careers later in life? Do what you love.

"Think hard about what you enjoy. If you're going to go out and do this, try something new..in a way, a lot of people think rocket engineering is hard, it is, it's hard, complicated stuff. But this is just as hard. Doesn't take a rocket scientist to grow lavender. In this case, it did."

Whether you're well on to the path to living your dream, or just starting to explore new possibilities, AARP Seattle wants to hear from you! Post a video, share a photo, leave a comment - the most engaging entries could win some prizes. Go to AARP Seattle's website or Facebook Page to share your "Life Reimagined" story.