Meet the body painter behind the 'Seahulk'

Dutch Bihary was a contestant on a reality TV show, but really, he just loves to create. 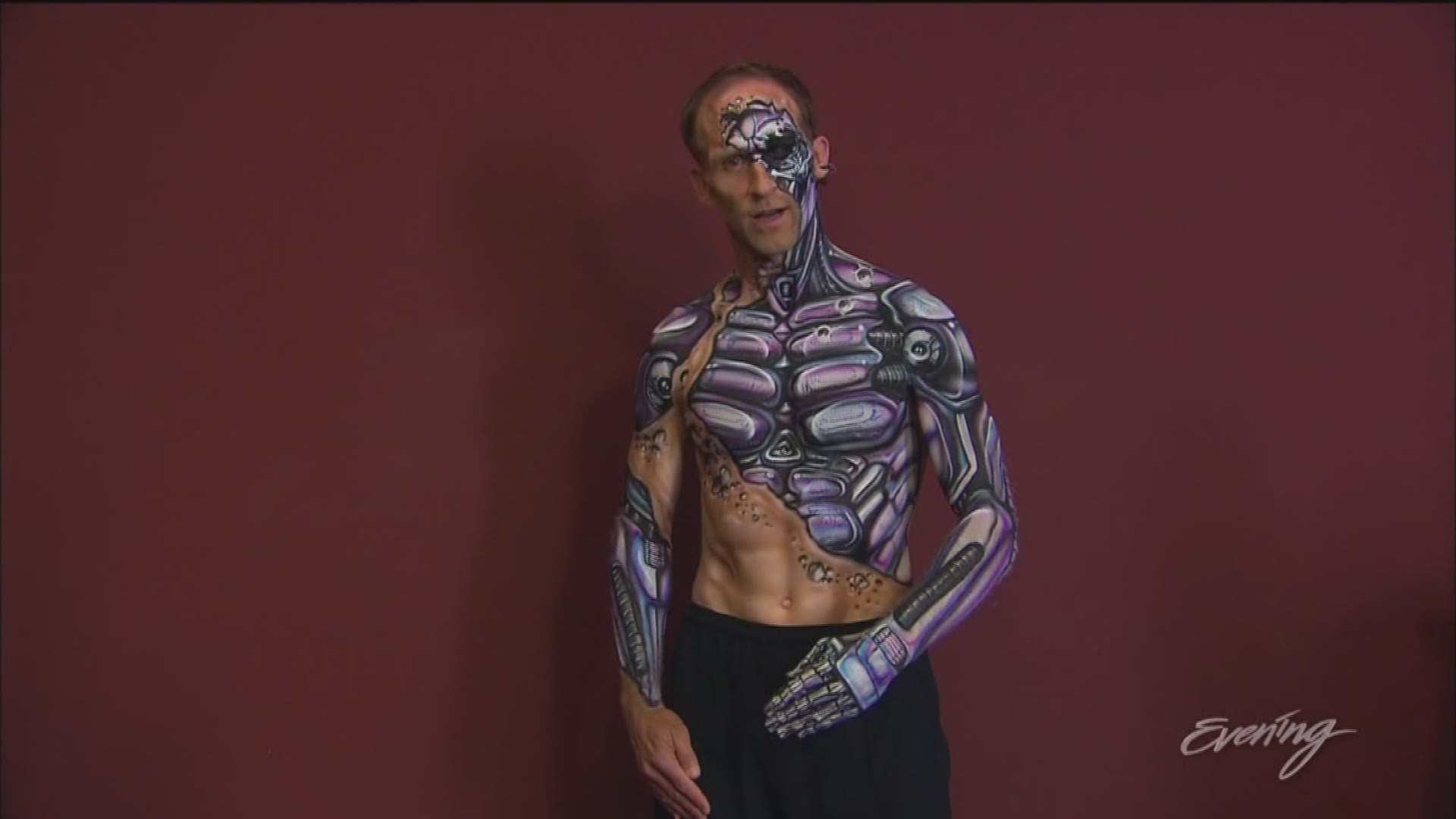 Most artists use a canvas. They might paint on a wall or use a lump of clay.

Dutch Bihary, on the other hand, uses human skin.

He's a local artist and is the brain behind the Seahulk's brawn. Michael King gave him a visit and was turned into a monkey, then a battle damaged android.

Dutch is one of the best body painters in the world, and was even chosen to compete on the reality series, "Skin Wars."

He said, "The reality is, it's al real but you're also still sort of subject to what the editors want to see and what they want to convey on the show."

Although he has a great time on TV, he just really loves to create.

"What I'm known for in the industry is creating these illusions on the skin," Dutch said. "Fool you into thinking you're seeing something that's not really there. It's just paint."

He rarely uses pictures to guide him -- all his work comes straight from his brain!

For each "canvas", Dutch typically uses an airbrush, stencils, a paintbrush, a sponge and even a rag to transform bodies.

And just like when he turns a kid into a tiger or a Seahawk super fan into the Seahulk, he draws that well-deserved attention wherever he goes.