Fourth grader Zachary Pamboukas and his brother Christo came up with the idea for 'The Bionic Kid' comic book. Sponsored by Kaiser Permanente. 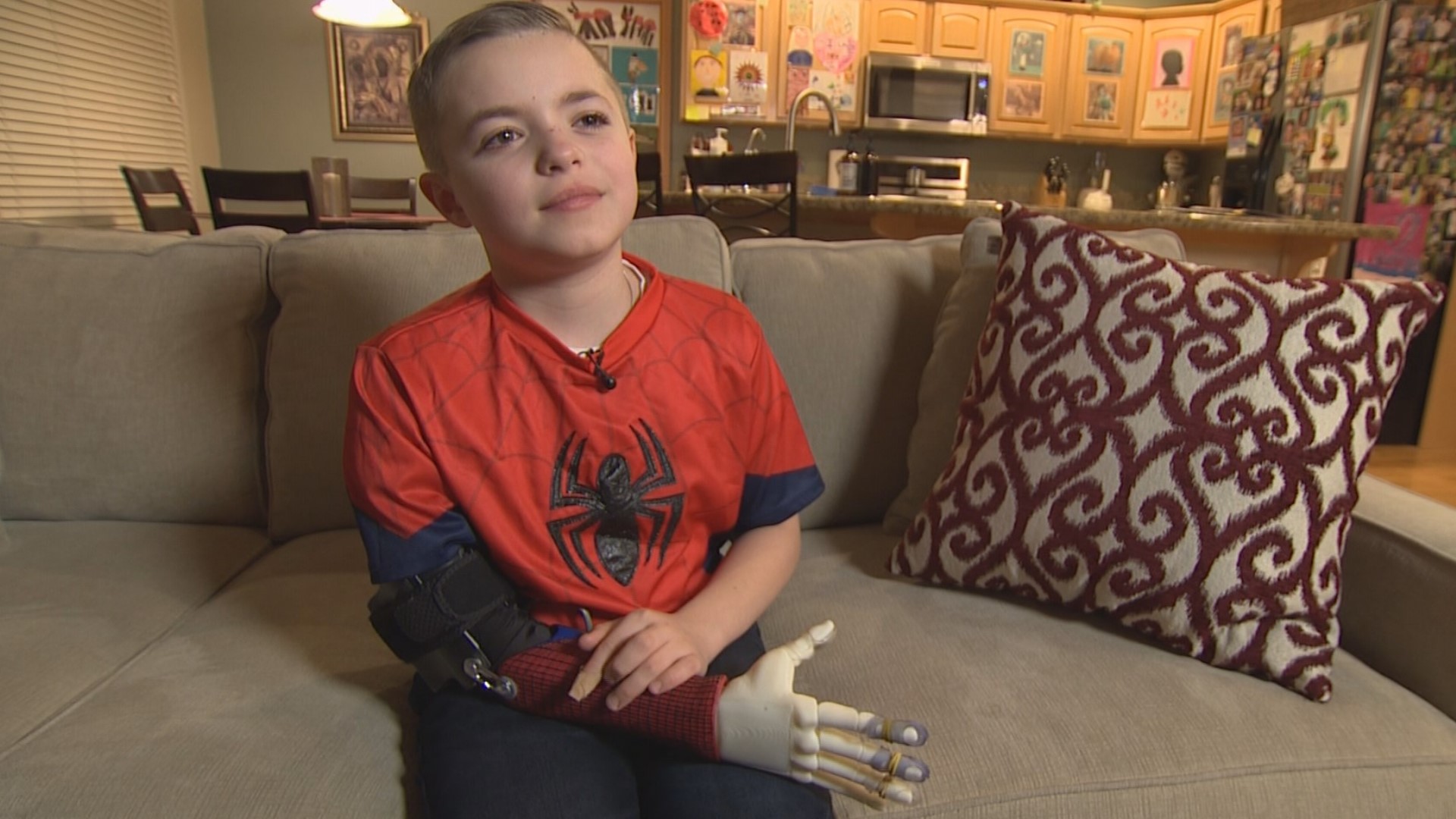 Born with part of his right hand missing – the result of a rare condition – he quickly demonstrated it wouldn’t hold him back.

As an infant, he learned to crawl by scooting across the floor far faster than his cousins.

When he was old enough to be fitted for a traditional prosthetic, his parents passed. They encouraged him to take pride in what they termed his “baby hand.”

"This is who you are, accept it, don't be embarrassed of it, don't hide it, don't just let it sit there. Use it,” said his mother Rachael.

Zachary took the advice to heart. His “favorite things” are a long list of activities, from LEGO building to playing soccer and baseball.

"Sometimes, some kids are like, ‘What happened with your hand?’” he said. "One time I said a shark ate it, another time I said I lost it in the war."

He never let his difference stand in his way. But in 2015, he and his parents got the prosthetic option they’d been waiting for.

Created with 3-D printer technology and inspired by Spider-Man – Zachary’s favorite Marvel character – it fits over his hand and is controlled by his own muscles.

It doesn't give him super-strength, but Zachary can grip, play fetch with his dog, and carry things.

The best part may be other kids’ reactions. Rather than asking what happened to his hand, they’re excited to touch his bionic arm.

"The part I like is shaking hands with everybody,” he said. “Once I wore it to school, everybody wanted to shake it."

His father Niko said the bionic arm was life changing in another way, too.

"It's made him more aware that there are other people out there that need some help,” he said.

So Zachary and his 13-year-old brother Christo devised a way to pay it forward.

They wrote a comic book called The Bionic Kid, about a boy named Zachary.

"Our dad was typing it and we were just throwing down ideas and he typed out everything we said,” Christo said.

Illustrators added pictures, the Pamboukas family had it published, and every one sold helps pay for another kid's bionic arm.

"We don't keep any cent, not even a penny,” Zachary said. “(We) give it to Limbitless so they can make more arms, because it costs like $1,000 just to make one of these."

The comic book costs $20 and can be ordered online. The brothers are already starting to work on a second issue.

"Look at one little kid and his brother, what they're able to do,” Niko said. "Realize the impact that buying a comic book can make on another child's life, at this point you're crowdsourcing love."