Meet the cast of 'The Many Saints of Newark' 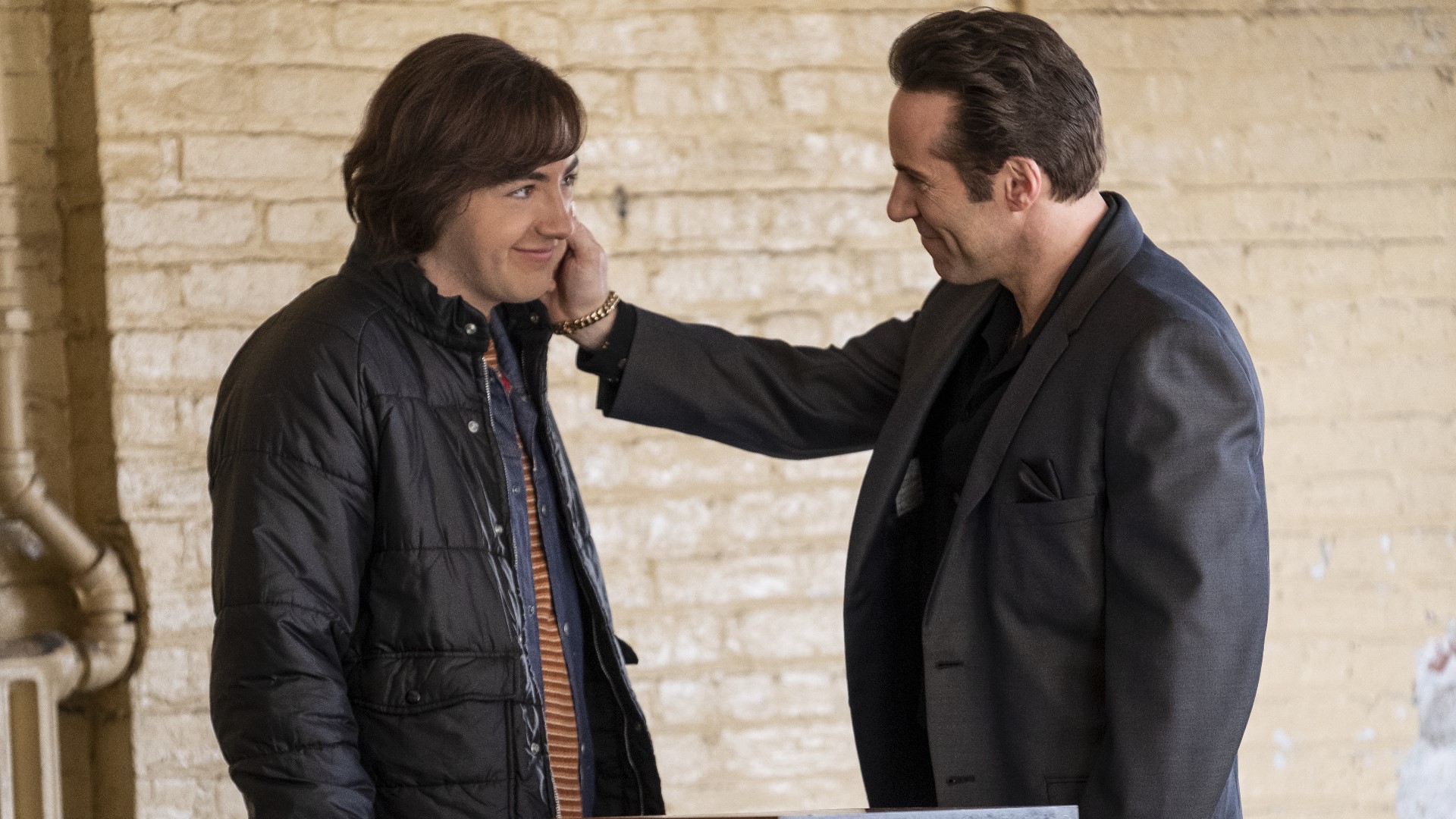 SEATTLE — Set roughly 30 years before the TV show, "The Many Saints of Newark" is what fans of "The Sopranos" have been waiting for.

The prequel film answers long-standing mysteries, ties up loose ends, and centers around a young and relatively innocent Tony Soprano (played by Michael Gandolfini, whose father James originated the role.)

Leslie Odom Junior plays a new character named Harold, who wants to start his own empire.

HOLCOMB: "Michael, you play a Tony that’s almost the inverse of your father’s performance. Are you prepared for fans like me who desperately felt the need to hug you during this film, and might do it if we met you in real life?”

GANDOLFINI: “It's so sweet, I mean the love that I get, I'm just so honored. It means a lot to me and I know it would have meant a lot to my dad. I've seen some of these prequel movies or shows hit with some hesitation and a lot of, 'No don't do it, don't do it.' But the fans have really rallied with us and been nothing but supportive and exciting, and it means the world. It's everything for me. I'll hug you all back. (laughs)”

TAYLOR: "The main concern going in was, ‘Gee, can he do what his dad did?’ He could do it. But there are only few moments in the movie where we need his to do it. And the rest of the time, he had to find a different tone, which he had to create himself. The way I spoke to the actors was, 'think of it as though you're playing a historical figure and you want to do your take on it."

NIVOLA: "(Creator) David (Chase) told me not to pay any attention to anything anyone said in the series about my character, because they're all liars. But on the other hand, there are kind of weird mirrors to Tony's character in the series in terms of their psychological battle and confusion about their own proclivity to violence. Dickie presents himself as this kind of Rat Pack, smooth talking charmer. Inside, he's got this kind of volcano brewing. It's both something that Dickie and Tony are kind of ashamed of, the psychological vulnerability."

HOLCOMB: "Leslie, I would describe Harold as fearless, ambitious, but driven by a sense of what he thinks is right. Which I feel like is almost describing you? What most resonated with you?"

ODOM JR. "Harold reminded me of my grandfather. My grandfather, like Harold, was a part of the Great Migration. They wanted to cut themselves off from the plantation economy and build better lives for themselves and their children. My grandfather and Harold split, my grandfather worked in a factory, Harold does something different. But the impetus for why they struck out on their own is the same. I see a lot of integrity. There's violence and stuff there too, but I hope that I could bring some truth about the cost of that, the cost of the violence."

DE ROSSI: “I created her out of space. Even if I think she's kind of similar to Adriana, in some ways and some desires."

HOLCOMB: “Where did you fall on the spectrum of "Sopranos" fans?”

LIOTTA: "Watching TV wasn't part of my life at that time. But the few things I have seen, if I'm flipping channels and it's there, I'll stop - it was a really, really well-made, interesting series."

MAGNUSSON: "I think it changed the landscape of television when it came out. It literally broke down every barrier of what a TV show should be."

STOLL: "I've seen every episode at least three times and I love it."

HOLCOMB: "How did you strike the balance between inhabiting the character and not impersonating a performance?"

STOLL: "The beginning of the process was just inhaling as much of the original footage as possible. And then, really trying to throw it all away and try to be as much in the moment while we're playing these scenes."

HOLCOMB: "Did you guys take anything home with you. Any souvenirs? Leslie, you and Michael both wore some pairs of pants that were like... wow.”

GANDOLFINI: "I feel like our bellbottoms got bigger every day.”

ODOM JR. "Whenever I finish a movie, I never want to see the clothes again. (laughter)"

GANDOLFINI: "I kept my football jacket."

NIVOLA: "I kept thinking it would look so great but then when you actually walk off the set, you realize it's all cut for another era so my pants are all up to under my tits."

HOLCOMB: "Is it fulfilling to hear people genuinely say to you, 'Thanks, this was terrific'?”

MAGNUSSON: “You're the first one, so thank you (laughter.)"

HOLCOMB: "What is it like to finally be releasing it into the world?"

LIOTTA: "I mean, you make movies - everyone has a different reason to do it - but one of the things, whatever the reason is, you want people to see it and like it and feel entertained and that it was money well-spent. So that, in essence, is what you want. Not personal accolades but just that the movie does well."

"The Many Saints of Newark" is rated R. It opens in theaters and streams on HBO Max October 1.