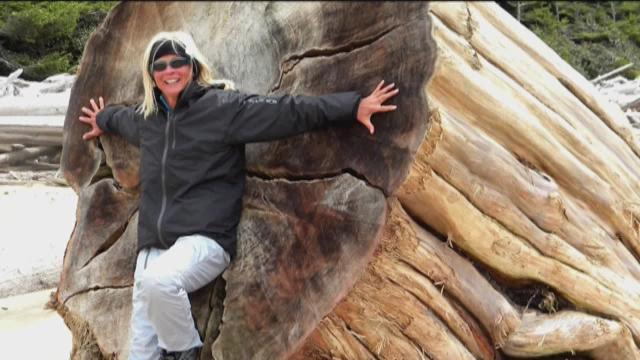 In 66 days, Susan Conrad paddled nearly 1,200 miles from the Puget Sound to Alaska.

Her story usually elicits one reaction.

"You're crazy,” she said, laughing. “What were you thinking?"

The answer is on the pages of her book, "Inside: One Woman’s Journey Through the Inside Passage."

It's being marketed as the seafaring equivalent to "Wild," the best-selling book by Cheryl Strayed.

Conrad's memoir includes maps and color images, carefully selected from the 4,000 photos she took during the trip.

About halfway through her 66-day trip, she almost gave up. She had paddled 40 miles that day, but grizzly bears were on the beach, so she couldn't camp.

"I was hypothermic," she said. "There were gale force winds going up this fjord I was paddling."

But somehow, she forged on and made life-changing discoveries along the way.

“I learned that I can do anything I set my mind to, that we're all infinitely capable of whatever we want, and just live your dreams and go for it,” she said.

Her memoir is available in local bookstores and online.