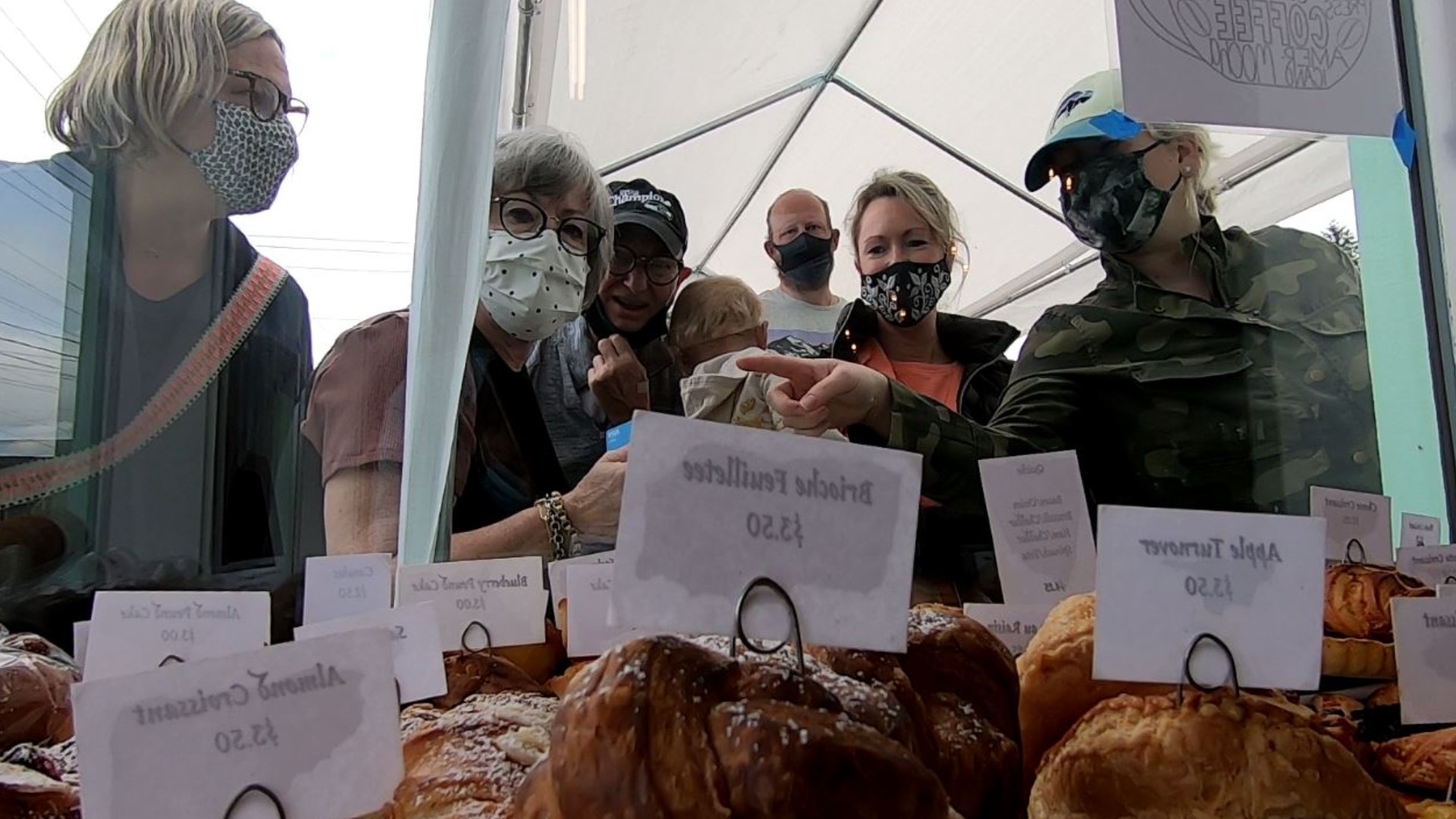 OLYMPIA, Wash. — On Saturday mornings in Olympia, Left Bank Pastry has customers lining up (sometimes around the block) for croissants, quiche and the queen of all French pastries, the Kouign Amann.

“You can't get them anyplace else,” said Teresa Cooper.

“The translation is from a language that doesn’t exist anymore but it’s butter cake,” said baker Gary Potter. “It's a croissant dough, but almost half of its weight is in butter, and then there's obviously a ton of sugar.”

Potter began baking as a hobby to relieve stress from his day job. He was teaching death row inmates in Walla Walla.

“These guys never came out of their cell, and I was basically their only outlet for life so, yeah, it was a really stressful job,” he said.

On a honeymoon in Paris, Potter walked into a patisserie, a French pastry shop, and saw his future.

“I just thought holy crap this doesn't exist in America,” he said.

A few years later he packed up his family, including a three-year-old daughter, and moved to Paris where he studied at Le Cordon Bleu. The cooking school counts Julia Child among its alumni.

“It's like Harvard Law School for pastries,” he said.

And it’s almost as expensive. Every lesson was in French. The pressure was on.

More than 10 years later the long lines outside his patisserie are proof Potter didn’t fail. The secret to his success is simple, he says. Everything is French and traditional made from recipes that might date back 100 years.

“I think the main thing that I'm doing is staying in a niche,” he said. “You're not going to find chocolate chip cookies here.”

You will find 50 varieties of pastries. Some you might have found in Seattle or Tacoma a year or two ago until Potter made a very French decision.

“I just realized if we kept on supplying all these cafés we were going to become something like a factory,” he said.

Instead, Potter simplified. He’s focused on serving his own community, as many as 60 customers an hour on this Saturday morning.

Nothing smells better than this kind of success.

“It just blows my mind,” Potter said. “I tell my wife well this week was our best week in sales again, and it's just like week after week after week we are seeing that. The Paris gamble definitely paid off."