Lana Condor spent much of her childhood in Whidbey Island 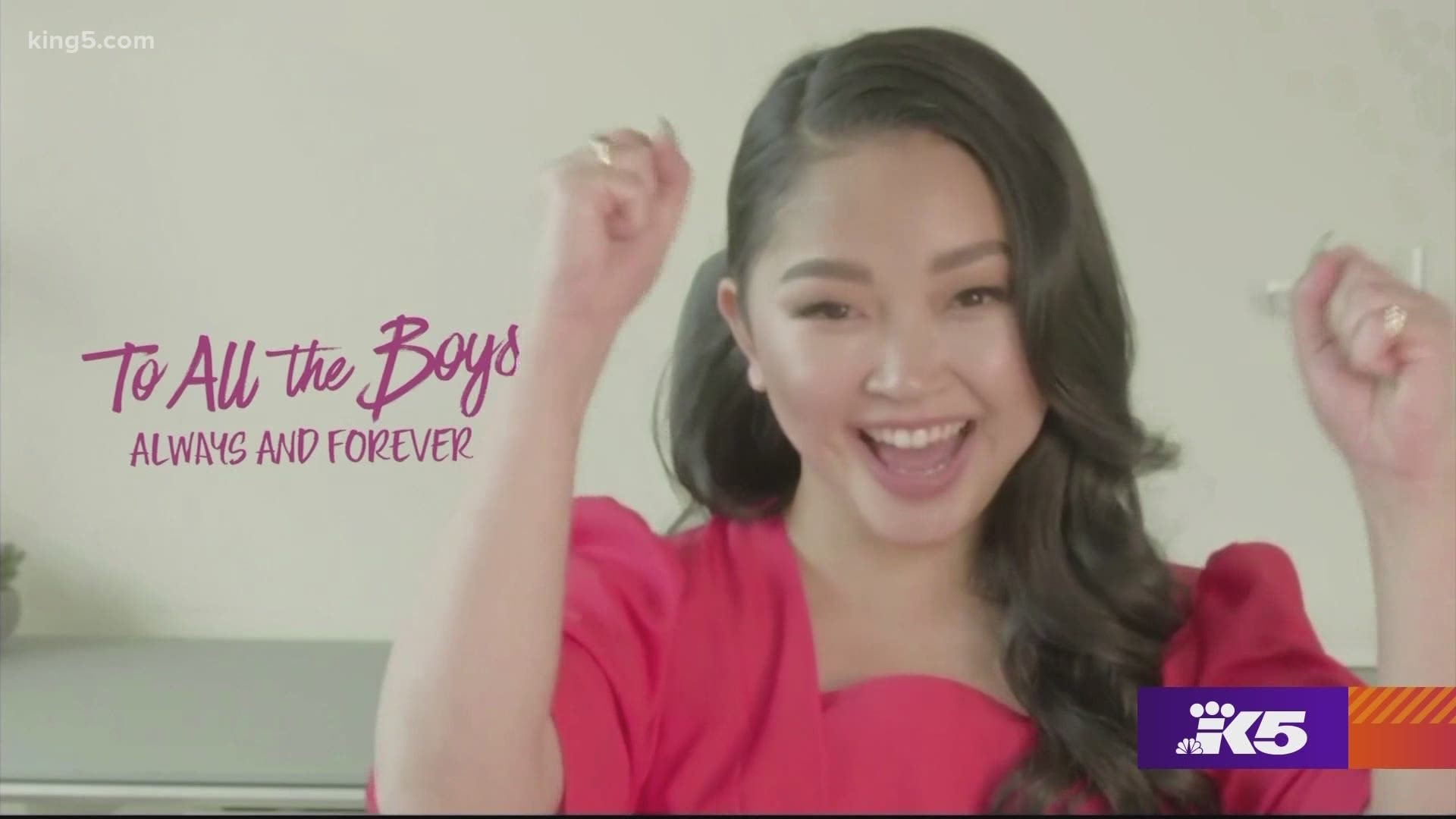 SEATTLE — Lana Condor loves her onscreen alter ego, Lara Jean, from the blockbuster movie series 'To All the Boys' almost as much as she loves her home town.

"I'm so excited for this team," Condor said, looking forward to the arrival of the Seattle Kraken. "You have no idea."

Turns out, she's actually a little sad these days about leaving the role that took her from newcomer to Netflix star.

"Who I am today was very much sculpted by this whole experience and these movies. So, I'm going to be a mess. I feel like it will finally hit when I press 'start' on Netflix and hear, dah-dum! That's when I'm going to realize, oh my God, it's over. Because it's just been such a huge part of my life."

Fans of the three movies have been drawn to the chemistry between Condor and her co-star, Noah Centineo, long hoping for a real-life romance.

"I think it's great," Centineo said. "I think it's cool to romanticize the idea, but Lana and I from the beginning have been like brother and sister.  We locked that in very early on."

Condor's most famous friend is former first lady Michelle Obama, who invited the star to join her for a goodwill mission to Vietnam, the country from which Condor was adopted as a baby.

She said, "My most proud passport stamp for sure. And that was the first time I'd been back to Vietnam."

Condor also has a close relationship with author Jenny Han, who penned the books the movies are based on.

Han said, "I'm just so proud of her. When we met, I think she was 19. And now she's a young woman who's really come into her own and is kind of standing on her own power.  And for me, that's inspiring to see."