Discover an entire store dedicated to fairies, gnomes and mermaids in Lakewood, Wash. 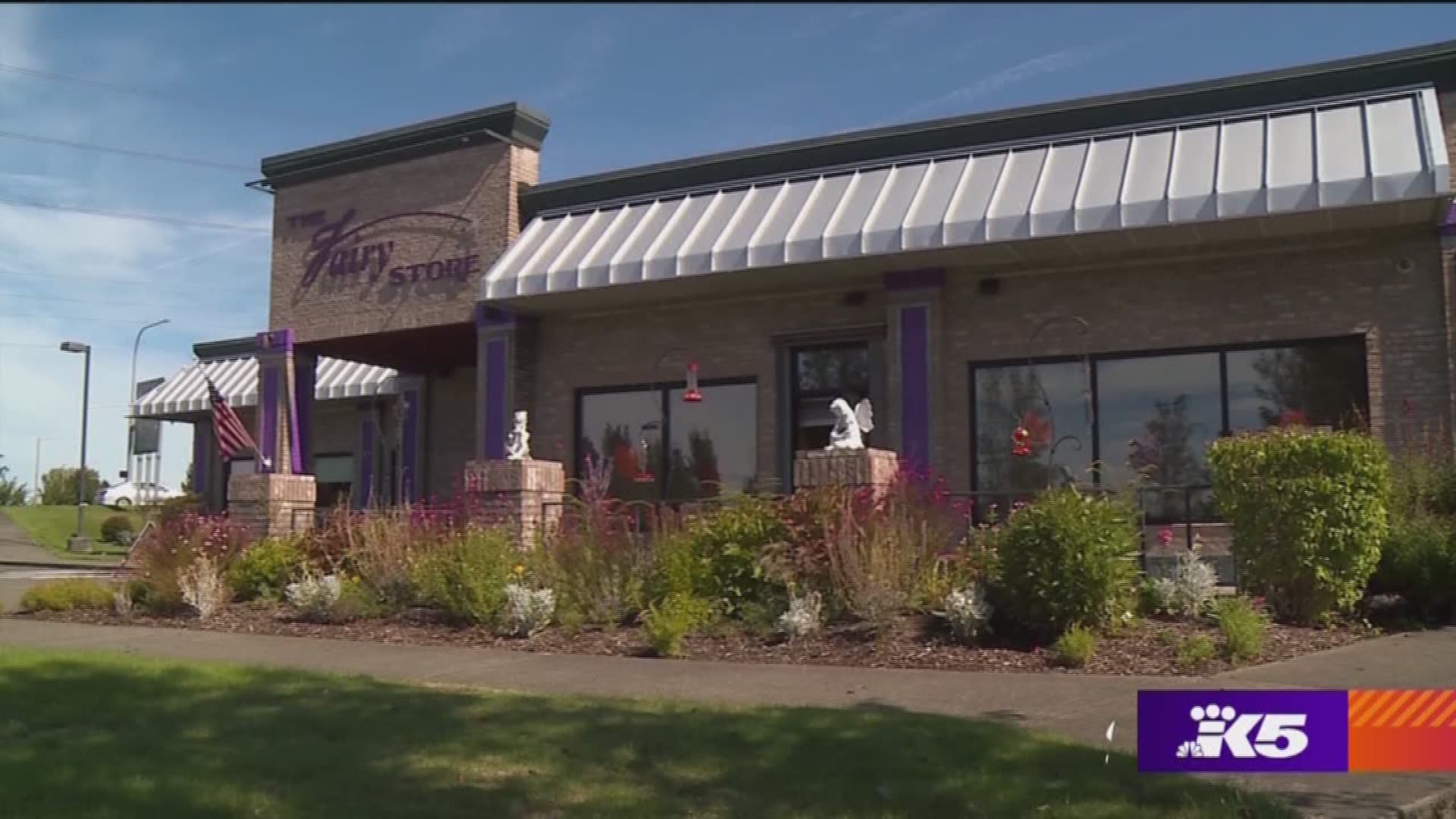 LAKEWOOD, Wash. — “People that know fairies, when they walk into the store, they can feel the fairies' presence,” says Shirley Ritter.

Inside the enchanted realm she calls The Fairy Store, Ritter sells magic.

“I'm the fairy godmother,” she says, “ and it's the best job in the whole wide world”.

Credit: KING TV
Shirley Ritter refers to herself as a "Fairy Godmother".

For 40 years, Ritter was a neo-natal nurse. Now she owns e-fairies.com.

“I used to wrap babies and now I wrap fairies and unicorns and dragons,” she says.” I ship them off all over the world.”

Ritter opened the Lakewood store for local shoppers who find comfort in fairies.

“Fairies are actually taking care of all the animals and all the plants and all the trees and everything that's outside,” she says.

The Fairy Store is actually full of enchanting gift ideas.

“We have art,” she says. “We have figurines. We have statues. We have cards, beautiful greeting cards. We have books. We have doors --fairy doors that have been made just for us here. We have a lot of wings. Wings for any occasion."

“It started out being fairies, but we have opened the door and invited the rest of the realm in so we have gnomes and dragons and mermaids so it's quite an eclectic group.”

“I think everybody needs to believe in fairies,” she says.

One day she was so moved by the shop owner's kindness, she painted a portrait of Ritter as a fairy godmother.

Credit: KING TV
The portrait of Ritter depicted as a fairy.

“We've got a little gnome over here,” she says pointing at the painting. “He is hiding from his wife with a rolling pen because he happens to be noticing these fairies down here in front of the painting.”

Most fairies are kind, but as a sign reminds you, they do have their limits.

Credit: KING TV
A piece of good advice when it comes to the magic of fairies.