Riverwalk Inn & Cafe serves a family recipe that was previously only available at a bakery only accessible by trail or boat. #k5evening 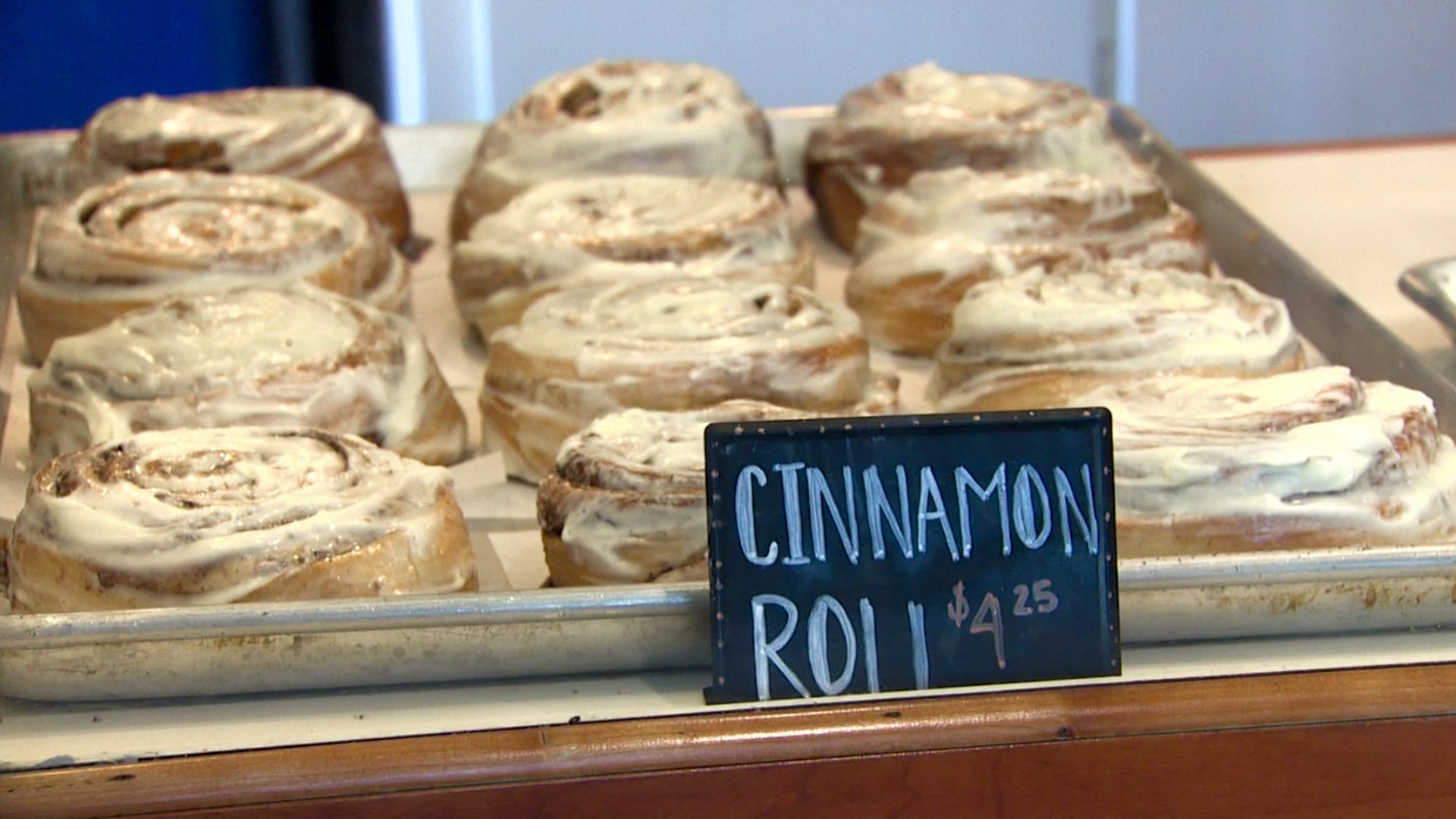 A cinnamon roll is an icon in Lake Chelan.

"Those are fresh out of the oven, pretty tough to beat," said Clancy Courtney, the daughter of Stehekin Pastry Co. owner Roberta Courtney. Stehekin, which is only accessible by trail or boat, was the only place you could get them until Clancy brought the family recipe to Riverwalk Inn & Cafe after recently becoming the manager.

"I grew up in the bakery, I started working there when I was 11 I think, washing dishes and just basically spent all my summers there," Clancy said.

The remote bakery is nationally famous -- Martha Stewart Living even visited the spot in 2008.

"The whole ambiance of the bakery is just so welcoming and homey."

Now, Clancy is bringing some of that homey ambiance to her new gig. Her goal each day is to have the first round of cinnamon rolls fresh and ready right when they open at 7 a.m. each day.

"I've heard a lot of people say, 'Oh it's dangerous now that I can get a cinnamon roll in Chelan, I don't have to take the boat. I can just go down to the Riverwalk and get it.'"

Riverwalk also serves a tasty breakfast and lunch, but it's their baked goods that bring both ends of Washington's longest lake a little closer together.