Relics of racism on display in Bremerton museum 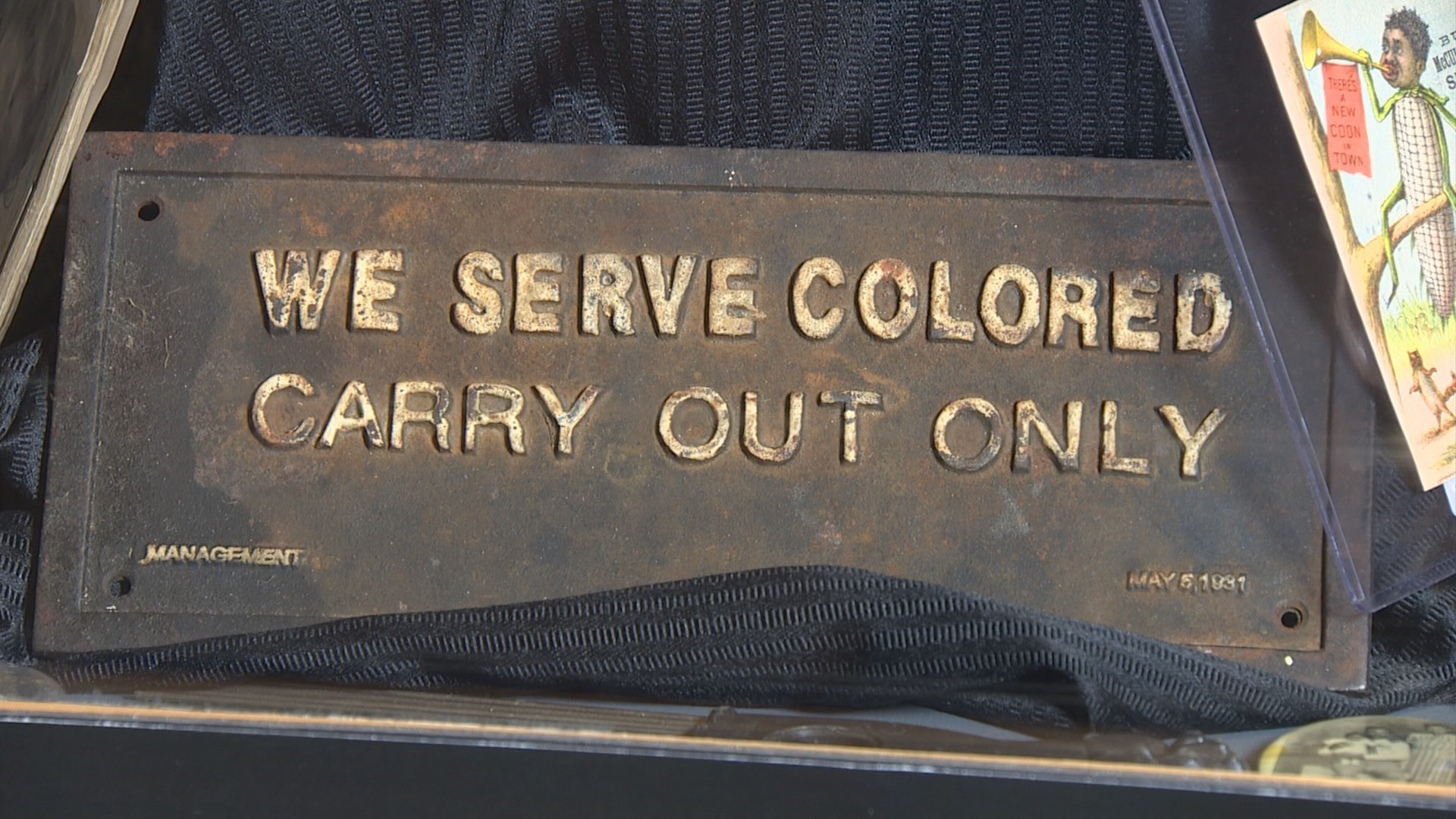 BREMERTON, Wash — The objects are bright and colorful. But they tell a complicated history.

As a collector, Smith says, every piece in the collection speaks to him.

"Put my hand on it. I see it. I get this feeling. It's like, I need that for my collection."

'The State of the Union in Black and White' features pieces dating back to the days of slavery, including figurines depicting stereotyped caricatures such as Aunt Jemima and Uncle Moses.

"The images of that smiling 'mammy,' were really fictitious," Smith says. "They weren't happy. Slave life was not a good experience."

RELATED: Confederate paraphernalia to be banned from all Marine bases

The relics shed light on the cruel treatment of African Americans.

Among the pieces, a metal ID tag once worn by a slave.

Smith explains its markings: "Plantation name and a number."

Here you'll see weapons of fear wielded by the KKK, including a white hood and a threatening handwritten note apparently once left for two African American men.

"It's amazing what these pieces tell," Smith says.

But there are also expressions of black pride and accomplishment.

"Our spirituality took us above and beyond."

The state of our union has often been troubled.

"Some of the vestiges are still there."

But by understanding our past, we can learn to move forward together.

'The State of the Union in Black and White' will be on display at the Kitsap History Museum through July 11.