A short hike in the woods leads to a magical theater. #k5evening 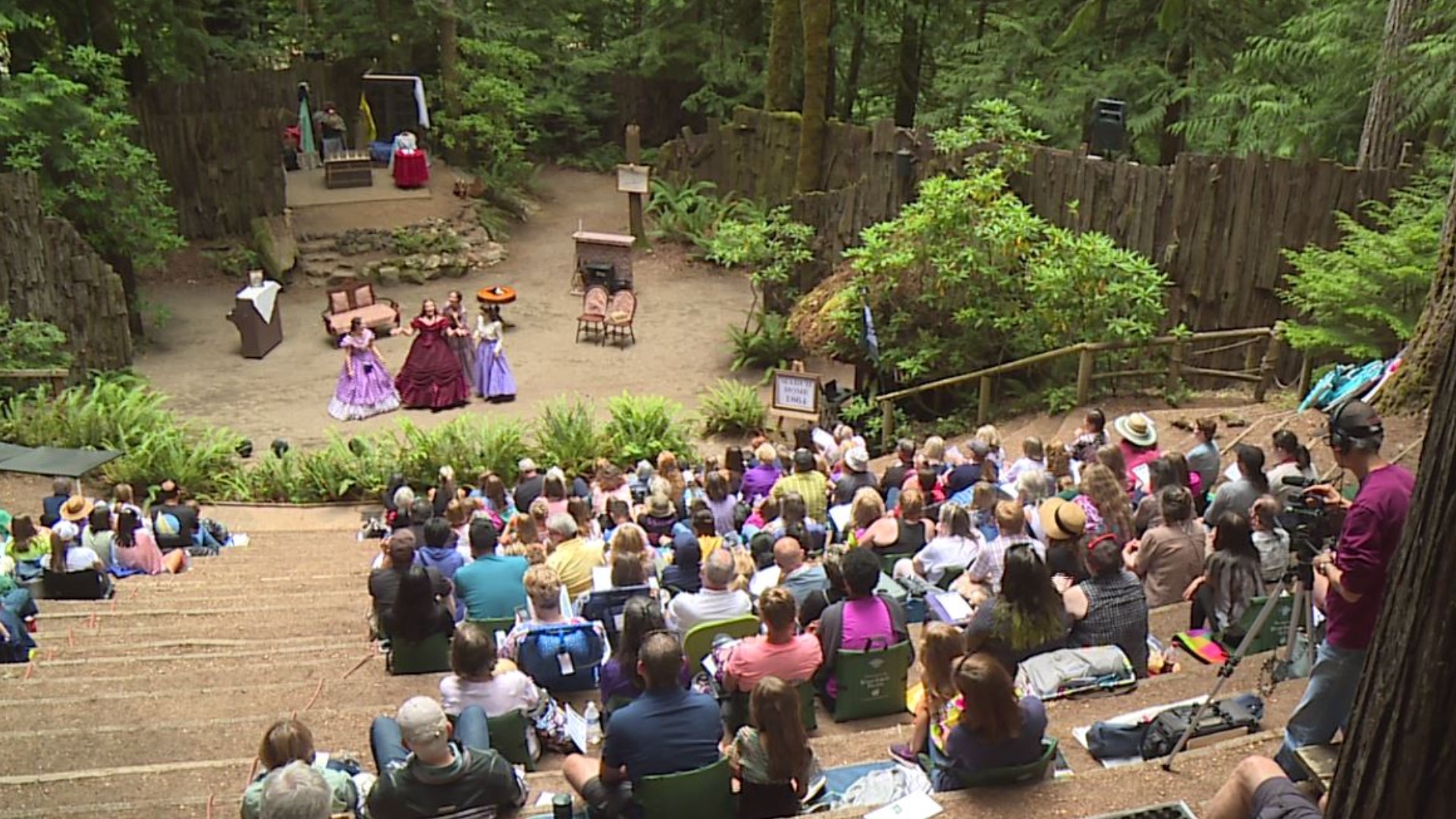 BREMERTON, Wash. — To get to the Kitsap Forest Theater, visitors follow a quarter-mile trail through the woods to a magical place where stories have been coming to life for nearly a hundred years.

“We have many first timers that are just in awe of this place,” says producer Gala Lindvall. “It's like a natural cathedral”.

Lindvall has been with The Mountaineers Players since 1988.

"And there's a lot of history before us," she says, "so we feel like we're carrying on the tradition from the people that were here before".

This is one of the oldest nonprofit theater groups in the country, affiliated with the same alpine club whose members have climbed mountains all over the world.

"It's all about enjoying the Pacific Northwest, and appreciating nature, taking care of nature, and outdoor theater fits right in," says Lundvall.

Hikers from the club began putting on shows in the 1920s. There's even footage online of a 1927 performance of Alice In Wonderland. A lot has changed in this world since then, but in this preserve, some things have always been the same.

"It's definitely a community effort and makes it feel like we are all part of one big family which is great," says Guy Caridi, who has been a volunteer choreographer.

Rehearsals begin in Seattle months before the premiere. The actors, also volunteers, do their own hair and makeup. Dreesen and her mother-in-law made the costumes.

"It's usually super fun," she says. "The cast gets to camp out,  stay the weekend and really experience rugged theater together."

All the world may be a stage, but few are as special as the one
on the other side of a ten-minute hike in the woods.