He's only 9 years old. But Zachery Darner has spent nearly half his life collecting toys for kids. 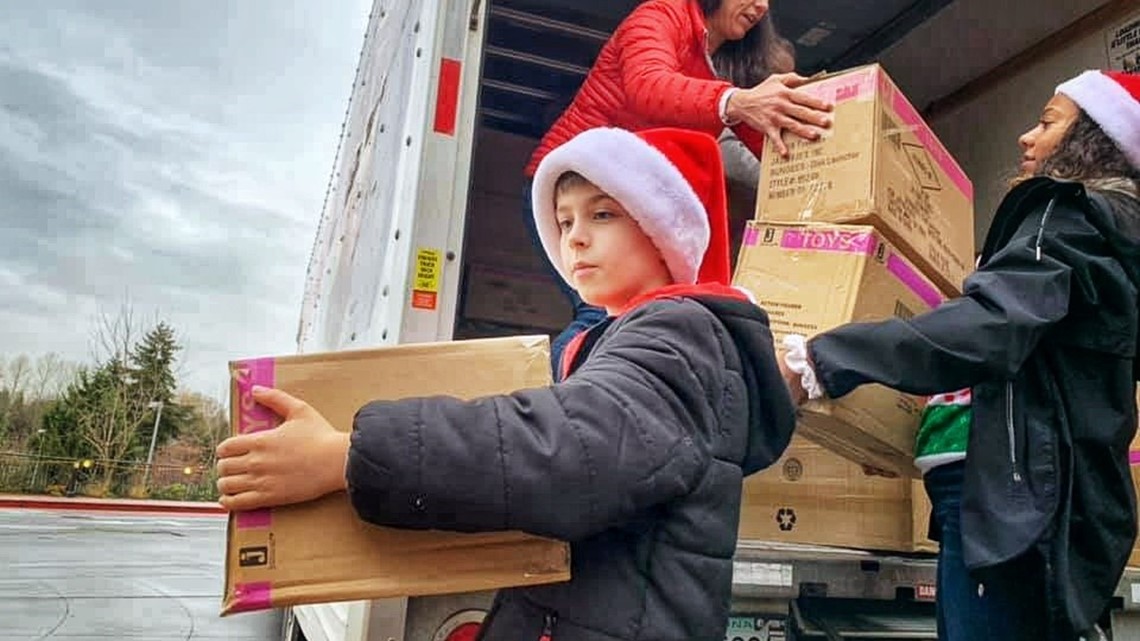 KITSAP COUNTY, Wash. — Some of Zachery Darner's earliest memories are ones he'd rather forget; his 6-week-old baby brother hooked up to tubes in a hospital.

Zachery recalls, "It was horrible. He had a urinary tract infection and then something else and I hated it. It was really scary."

That scary time became a source of inspiration.

That year, Zachery set a goal of collecting 50 toys for hospitalized kids. He raised nearly 300.

Not satisfied, he raised his goal the following year to 1,000. He surpassed that number too.

"My favorite is just getting the toys, and delivering them is so amazing. The hospitals are so supportive, and I love it."

When he's not delivering toys Zach is busy collecting them through public donations or through local groups he shares his story with. He named his cause, Kidzz Helping Kidzz.

"I feel great doing it. It just makes me feel really happy inside and I want kids to feel happy during Christmas time.”

This past holiday, recipients Mary Bridge and Seattle Children's hospitals were blown away when Zach and his helpers turned over nearly 6,000 toys.

"They were like, we have never seen this level of donation, and it came from a nine-year-old," said Beth.

Santa may live in the north pole, but a kid from Kitsap County also knows a thing or two about giving as well.

Zach said, "Giving is contagious. If you see someone do it, you'll want to do it."

If you know of a great kid like Zach, you can submit their name and accomplishments to us online at 12under12@king5.com.