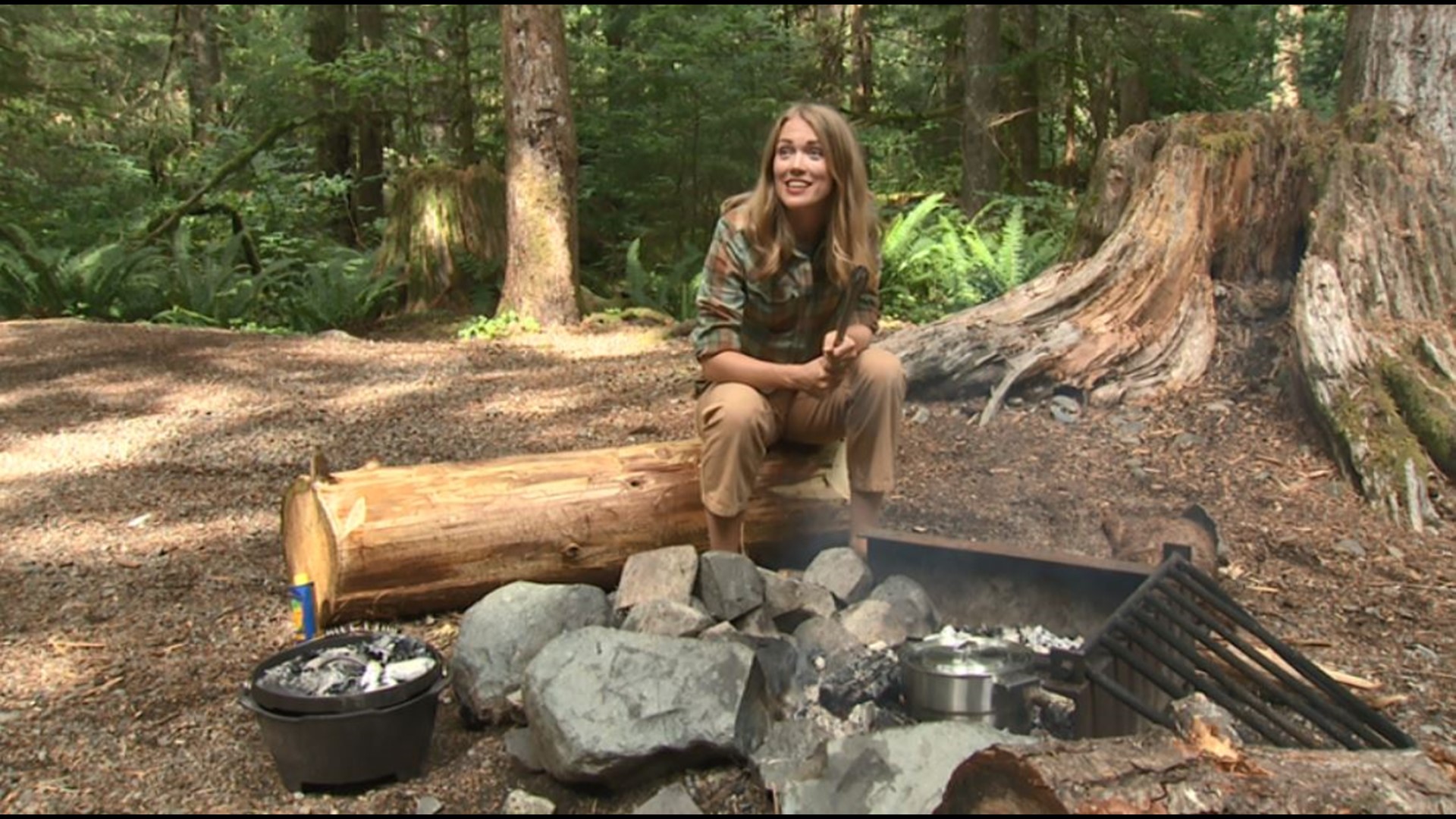 NORTH BEND, Wash. — Baking fresh bread. Over a campfire. Who does this?

"Cooking over the fire, it's wild, it's primal, it's rustic and it's never perfect.”

Ashley Rodriguez, that's who. Producer and host of 'Kitchen Unnecessary' - a Northwest produced YouTube show that has a James Beard nomination.

Rodriguez teams up with local experts, goes out in the wild, then finds and cooks a meal. An episode about finding morels with local foraging expert Langdon Cook is the one that got that James Beard nod.

"So we kinda took our love of being outside and adventure and trying new things, and turned it into a show,” said Rodriguez. She grew up in a large family that camped regularly, and this show is also a family affair:

He's also worked on the reality shows 'Hoarders' and 'Intervention'.

Kitchen Unnecessary is different kind of reality, a happier one. But bringing their love of cooking in the wild to the masses isn't always a piece of cake.

“Well we did the shellfishing one,” said Baron when asked what shoots were toughest.

“And you were falling into the mud,” added Baron.

“And we're trying to rush to get the food cooked over the fire before the tide ends up taking our fire away from us,” said Rodriguez. The episode ends with Rodriguez and Shina Wycowski of Chelsea Seafoods grabbing their pasta, and heading to higher ground as waves wash out their campfire.

Water, Weather and Fire are all recurring characters that bring the drama. It even happens during our shoot: The interview goes long, and the bread Rodriquez was baking on the fire is charred on one side.

“That's totally fine,” she said. The inside is perfectly good, and a bit of charred crust can be scraped off. It goes with Rodriguez’s Perfectly Imperfect ethos. "We just made bread over the fire! What's wrong with that?"

Rodriguez uses a cedar branch to season this seafood boil she’s making fireside for our crew. This 'Find it in the Forest' approach to making meals isn't just an excuse to go outside and play. It’s tasty too.

"That's the other beauty of using these incredible ingredients that we can just go out and find. We don't have to do a whole lot to them to create an incredibly memorable feast - something that is so delicious."