Making a statement at 1st and Union in Seattle

From BLM to SAM, a local artist's work speaks to the times. 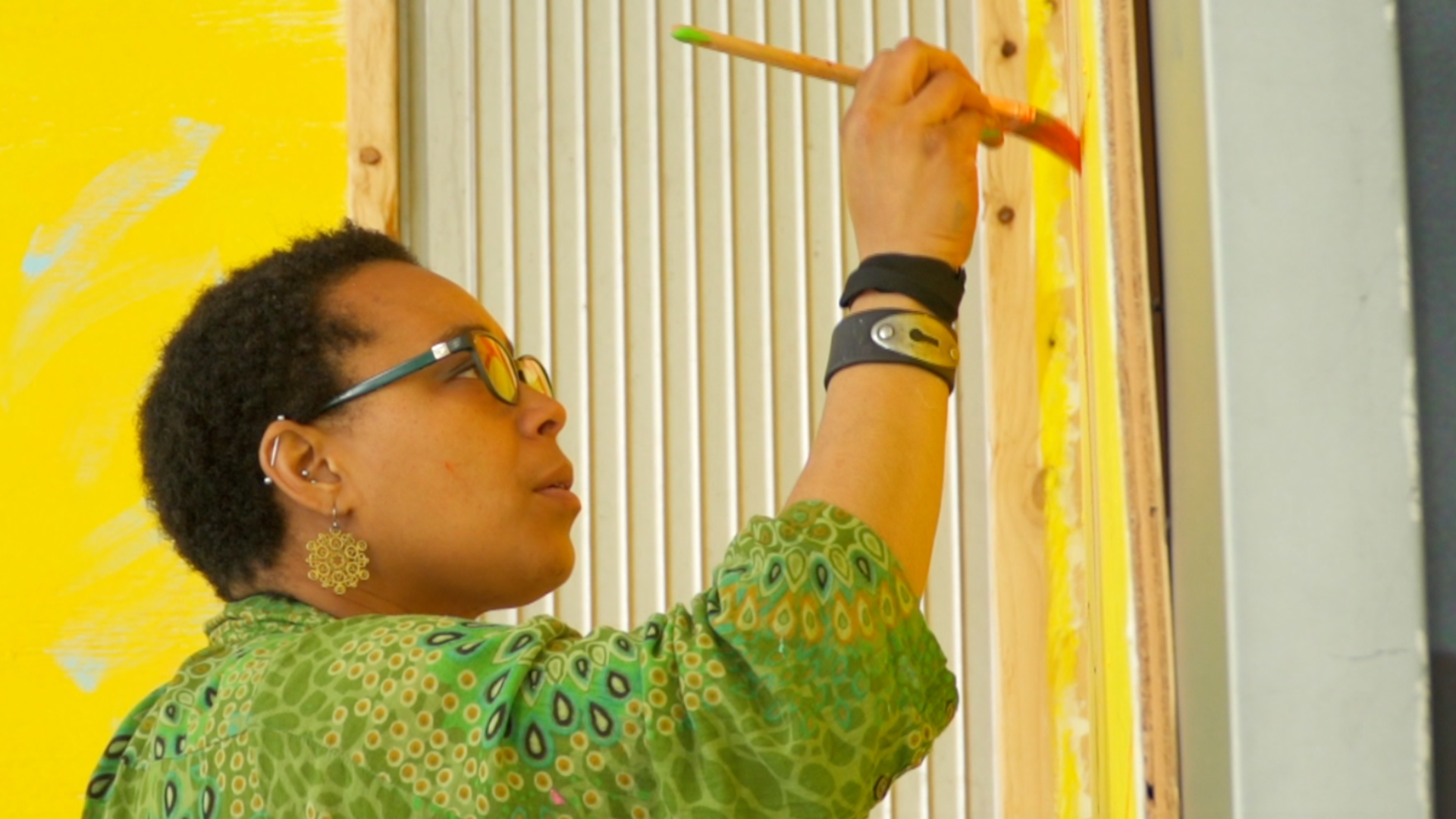 SEATTLE — Kimisha Turner is not painting for herself. She's doing it to make a difference for the generations to come, including that of her 8-year-old son, Malcolm.

"Being able to put this up as art speaks volumes," she says, "And it makes it also easier for me to be able to talk to him about what's happening, and how his life really means something."

The artist is bringing color to the boarded-up windows of the Seattle Art Museum, painting a piece commissioned by SAM and funded by an anonymous donor. Turner's work brings to light a story of struggle and transcendence. Her images depict the literal tears of the Black community, the turned-away heads of those with the privilege to ignore their struggle, and ultimately, the warm glow of a journey completed in harmony.

"There's hope at the end of this tunnel as long as we all keep all doing it together," she said, describing the piece she's named 'It Ain't Just A River In Egypt.'

"I knew it would be the beginning. I knew my son was going to be there to paint it with me. He's a beautiful, black, brown boy. He's brilliant. It stands for bodaciousness and boldness, and I just wanted to be able to put all of those into one piece. To have him put his little footprint and his handprint there, just to represent his life, it was just really an amazing moment."

Kimisha Turner looks forward to a day, years from now, when Malcolm can visit a faded image and remember the time he watched mom help change the world.