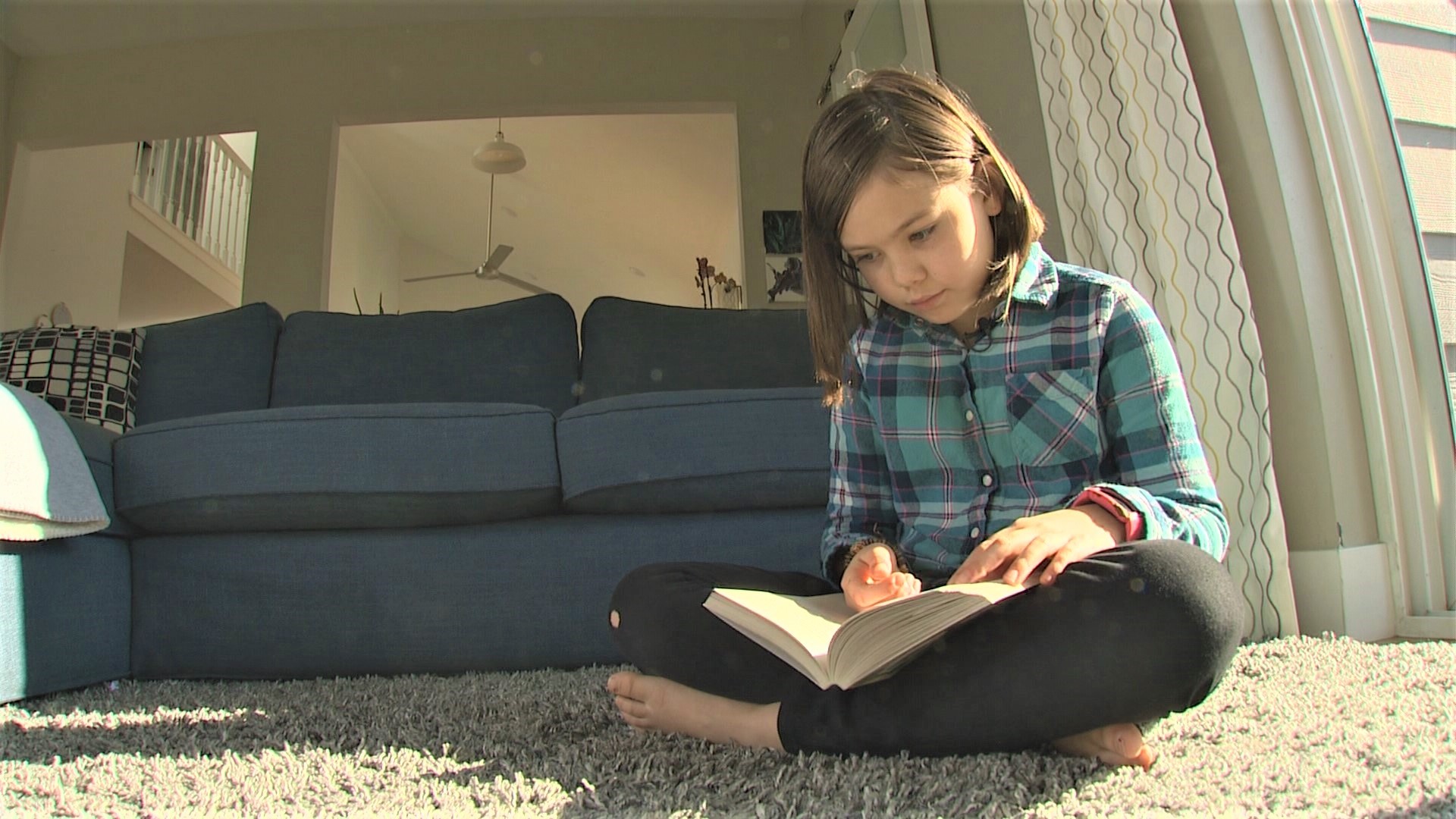 When she was four, she learned some children didn’t get gifts at Christmas. She told her parents she wanted to organize a toy drive.

It’s now an annual event that involves many people in her community of Birch Bay.

"She's read more books than I have already,” laughed her father Joe. “It's almost an addiction. When I put her to bed at night, I have to make sure I check under her pillow because she'll hide a flashlight and a book.”

Bailey visits the Whatcom County Library System Book Mobile when it rolls into Birch Bay once a week.

"It's kind of calming to read books. You can go into a completely different world and tune out every annoying sound,” she said.

Plans are in the works to construct a library in her small community, but nothing can happen until enough money is raised.

That’s where Bailey’s history of philanthropy kicked in.

"The Friends of the Birch Bay Library were doing fundraisers, and she just said 'I can do that. I can do something,’” Bailey’s mother Lisa said.

Bailey decided on a bake sale and enlisted the help of neighbors and community businesses.

"We went to people we knew had baked goods,” she said. "I asked them if they wanted to donate money or baked goods to the bake sale to get a new library."

Between their contributions and her own baking skills, Bailey's sale was stocked. But even she couldn't imagine the difference it would make.

The grand total far exceeded that. When every nickel was counted, Bailey had raised $2,267.

"What we kind of realized was that the whole community wants to give. They want to be involved,” Lisa said. “It's sometimes just a matter of waiting for something to be easily involved in."

Sometimes, it takes a 10-year-old to lead the way.

Donations for the new library can be made online.