The man who knows something about everything makes a secret stop for a hot cup of non-coffee. 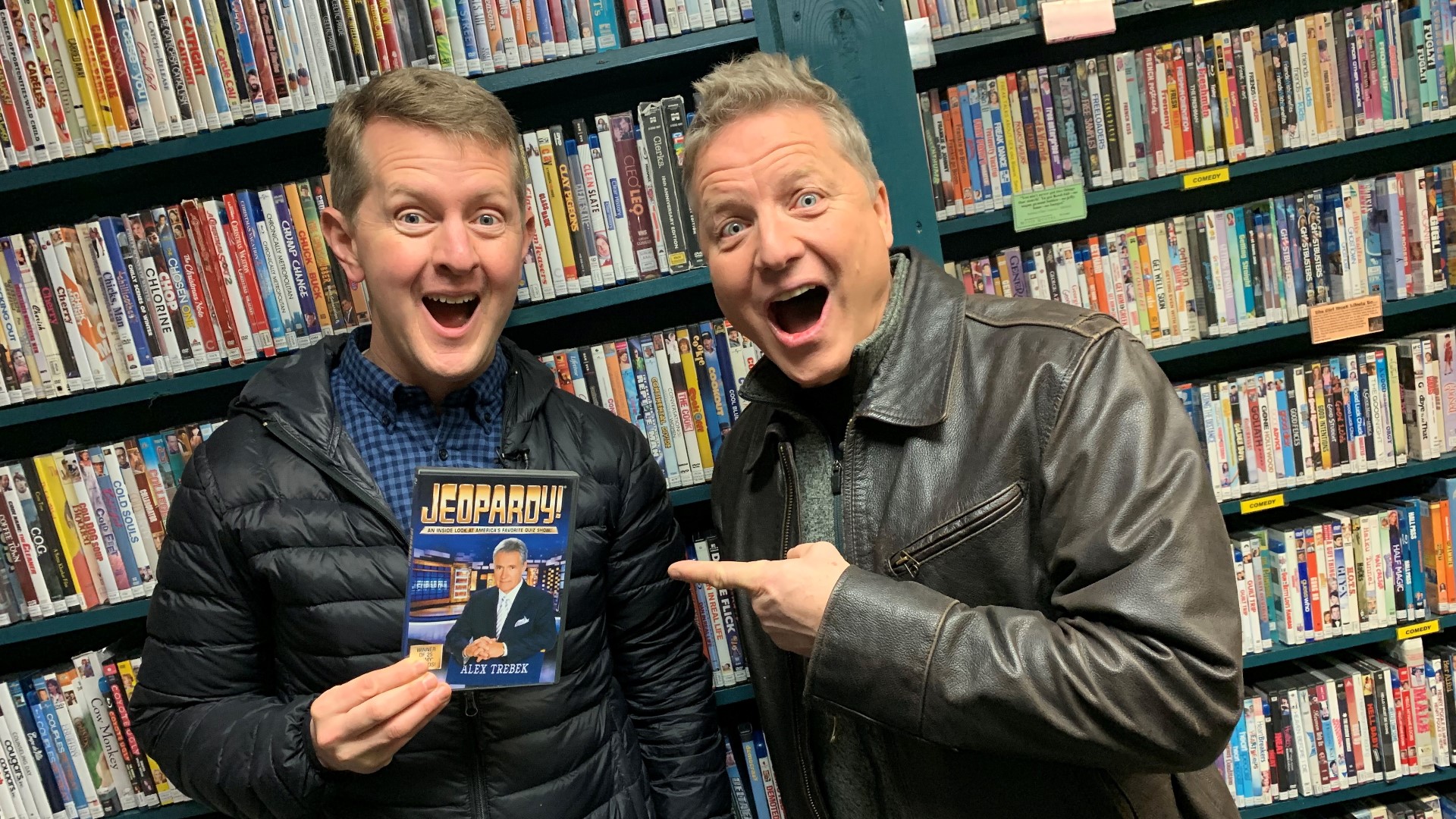 Who is Ken Jennings?

"This is the biggest video store of its kind in America now," he says. "Still surviving."

Scarecrow is home to more than 117,000 titles on video, DVD and even LaserDisc.

This trivia master knows something about almost every one of them, even "American Pie."

RELATED: Scarecrow Video is back from the brink

Next, we make a quick visit to one of Seattle's under-discovered treasures.

As the name suggests, Maple Leaf Reservoir Park is the scenic space recently built atop a 60-million-gallon reservoir.

The facts just keep on coming.

"People don't realize this, but Maple Leaf's the same height as Queen Anne. This is one of the three highest points in the City of Seattle."

Chocolati Cafe on Greenwood Avenue is out final destination.

"They've got these amazing truffles."

This is the place where a non-coffee drinker like Ken goes for a tasty hot beverage, including hot chocolate in every flavor imaginable, even peanut butter.

Share a cup with this guy and you'll learn something.

"Napoleon was actually not short," Jennings says at one point. He then sprinkles his conversation with facts about fulgurites, Charlton Heston, and kangaroos. Did you know the springy marsupials don't just live in Australia?

"There's also some in New Guinea."

Question: Who is Ken Jennings?