An album honoring the career of legendary Seattle record producer Kearney Barton was released in February 2020. 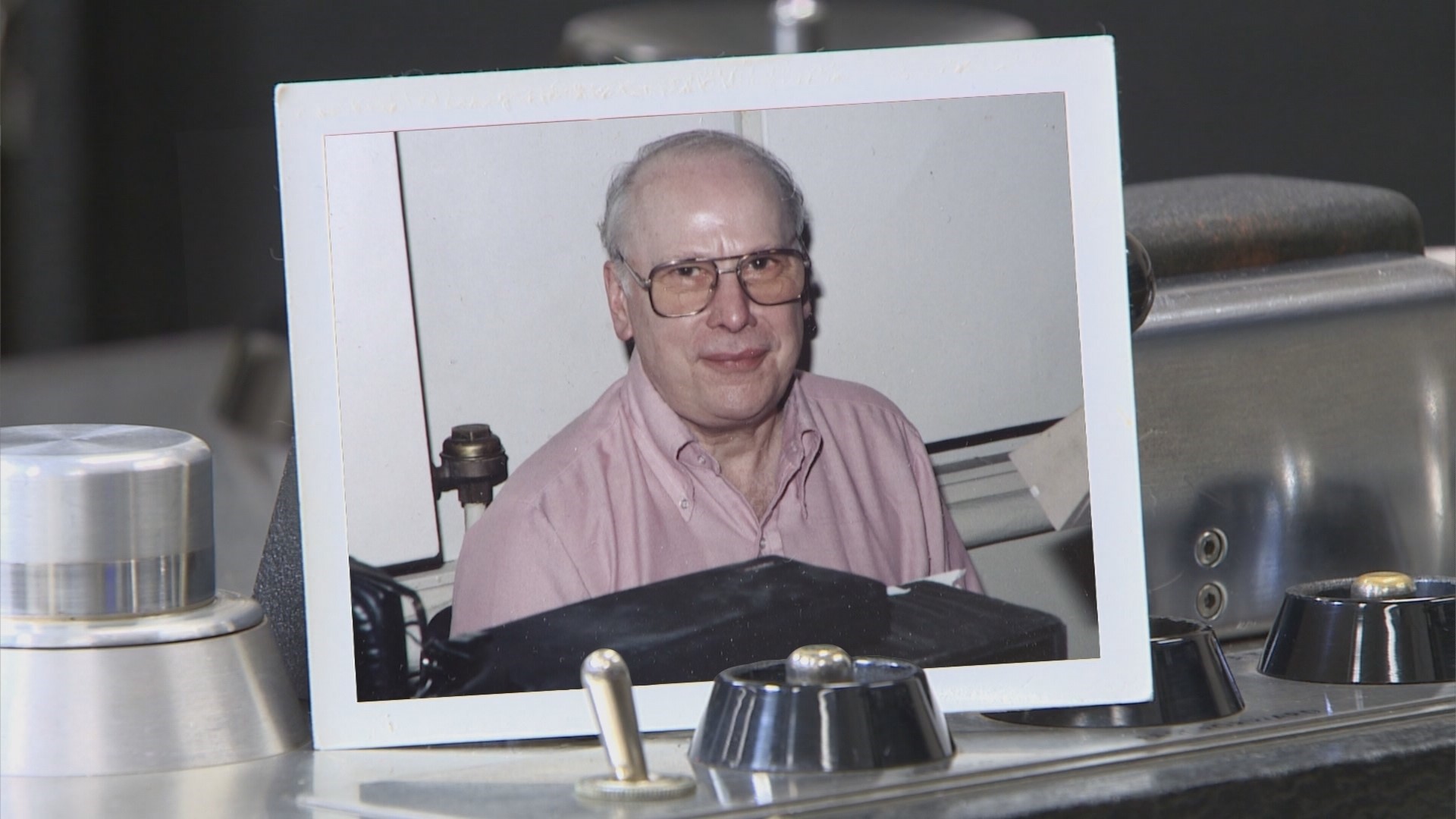 There's one room at the University of Washington's Suzzallo Library that's never hush-hush.

It's the room where ethnomusicology curator John Vallier plays one of the 7-thousand reel-to-reel tapes that are part of recording engineer Kearney Barton's collection.

“Kearney Barton really put the Seattle sound on the map,” Vallier says. “Bands like the Sonics and the Wailers, The Nirvanas and the Soundgardens too, have a lot that they owe to the sound that Kearney developed.”

A sound that simply captured what was happening in Barton's studio over five decades.

“It's kind of a raw analog aesthetic,” says Vallier.” It's very real.”

Near the end of his life, Barton donated his tapes to the University of Washington with the help of his niece Patricia Maltsberger. She helped organize a house overrun with recordings and equipment.

“He had his own system of where each valuable item was kept,” she says.

It was a system that apparently only Kearney Barton understood.

Credit: Chris Gergley
His niece says Kearney Barton knew where everything was and he would often prove it to her

“His collections were all over his house,” says Vallier. In the kitchen. In his studio of course. In his bedrooms. The pool room. All kinds of places scattered about”.

They all wound up in boxes shelved in the library basement.

“It's a time capsule of sorts,” says Vallier.

Each box offers a surprise. In the first one Vallier pulled in front of us, we found a tape featuring Serge Lusgins and His Russian balalaika Orchestra.

“There are so many different kinds of music in here,” says Vallier.

In another box, a pre-Heart Ann Wilson performs with her band The Daybreaks. There’s an album jazz great Larry Coryell recorded as a member of Chuck Mahaffy and the Individuals. Coryell was a UW college student at the time.

Light in the Attic hired Dan Trager to compile these sounds for an album celebrating Barton’s career.

“You're just looking for that thing that transcends and endures for whatever reason,” says Trager.

All that's missing: a rumored 1961 session with Jimi Hendrix just before he enlisted in the army.

“We are still looking for it,” says Vallier. “It could be in this palate full of unprocessed recordings. It could be another.”

Credit: KING TV
A 1961 recording featuring Jimi Hendrix is rumored to be part of the Kearney Barton collection

A search that continues, meaning this library won't be completely quiet for years to come.

"Kearney Barton: Architect of the Northwest Sound" will be released on February 21 from Light in the Attic Records.