He stars in the new film 'Artemis Fowl,' now streaming on Disney+. 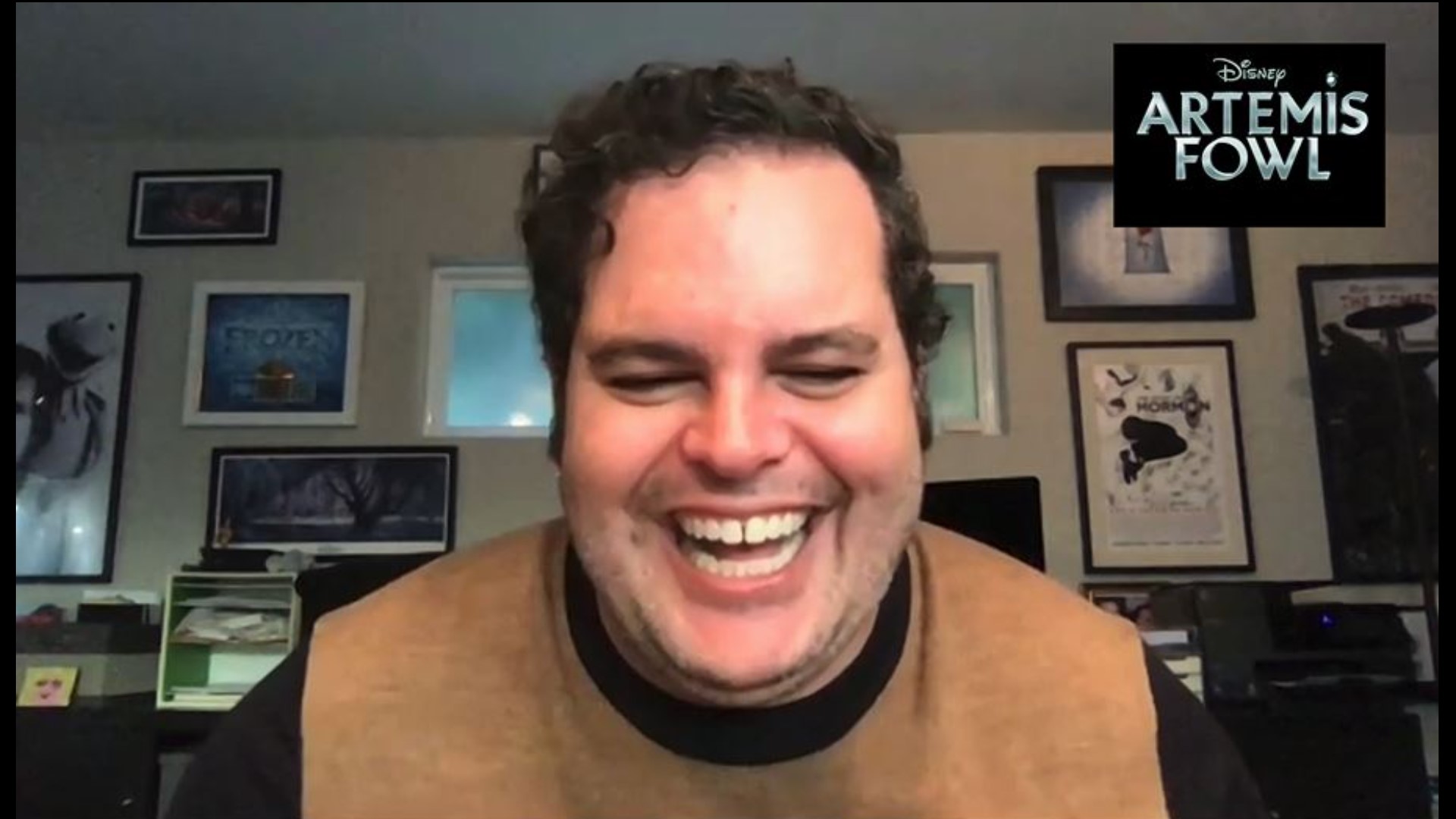 Based on a popular YA book series, it's set in Ireland and blends modern high tech with ancient stories of magical creatures. The film is now streaming on Disney+.

Josh Gad stars as Mulch Diggums, a thieving over-sized dwarf with a sense of humor.

Entertainment reporter Kim Holcomb talked to Gad about his role, his popular YouTube series, and the silver lining of quarantine.

HOLCOMB: "I watched the film last night with my 11-year-old daughter and when we got to the end, she said - and I am quoting here - 'Yay, a black screen! That means it's a cliff-hanger."

GAD: (laughing) “Very astute child you have there, I'm impressed."

HOLCOMB: "I know you spent a lot of time in the makeup chair every day, but it seems it was mostly for hair?"

GAD: "There is so much hair on my face and head in this movie. It's just such an incredible job that the hair and makeup department did - that every department on the film did. The movie feels so unbelievably epic."

HOLCOMB: "If I'm not mistaken, this is your second time being directed by Sir Kenneth Branagh and your second time acting alongside Dame Judy Dench. Does this mean you will now be knighted?"

GAD: "Is that how that works, if you work with those two, you get knighted? If so, I can't wait. I mean that's something I would risk breaking quarantine for."

HOLCOMB: "A lot of kids know you as the voice of Olaf but I feel Mulch is almost 180 degrees from that voice. He has a very guttural sound (makes noise.) Do you have a preference?"

GAD: (laughing) "That was such an insane impression and I loved it (makes noise.) I definitely prefer the ease of doing Olaf."

HOLCOMB: "You’re hosting your YouTube series Reunited Apart - I feel like you could add event planner to your resume now. How are you pulling this off?"

GAD: "You can't see the bags under my eyes very well right now, but it's a lot of work. But it's been a thrill, not only to do them but to raise so much - we raised $140,000 off of the Lord of the Rings reunion for No Kid Hungry, so it's just been amazing."

HOLCOMB: "It's incredible and it really has brought so many people joy. What is bringing you unabashed joy in your own life right now?"

GAD: "Being with my girls is bringing me unabashed joy. The idea that I get to see my kids in the morning, in the afternoon, and at night every day is the silver lining of this really difficult time that we find ourselves in. And the joy of being able to share things that hopefully bring light to people in the darkness. I'm not in a position to save lives, and I know that. What I hope I can do is entertain and bring a little joy at a time people need it the most."

Artemis Fowl is rated PG and is now streaming on Disney+.

Gad’s latest episode of Reunited Apart – featuring the cast of the original Ghostbusters – premieres June 15 at 9 pm on YouTube.