Will he make it through the first obstacle of American Ninja Warrior's qualifying course at the Tacoma Dome? Dinner from Akbar is on the line! 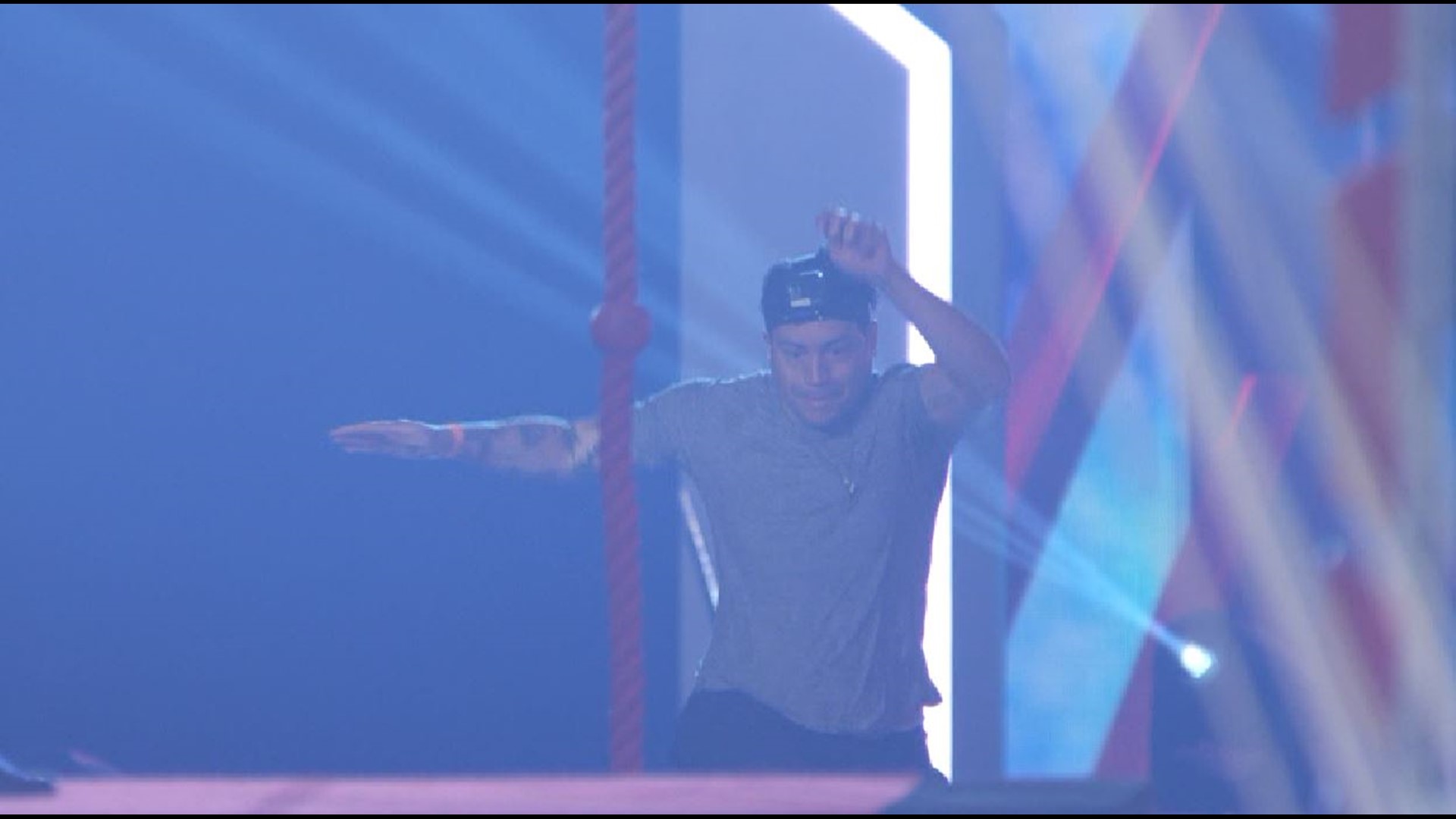 Akbar: “Alright,so here it is. Here’s a little wager. I’ll buy you dinner if you make it through the first obstacle. Tacoma’s finest restaurant.”

Matt: “The bet has been made ladies and gentlemen – Jose versus the first obstacle, with dinner on the line, when we come back, on American Ninja Warrior!!!”

Jose reasoned he couldn’t not try with a set up like that. Of course, he gave it all he had. And heroically made it through the first obstacle -almost – before stepping off into the water in what looked like a deliberate move.

As Jose did the wet walk of shame, and secretly celebrated that he sustained no injuries during his attempt, he thought about the advice Iseman gave him before his run:

“Listen Jose, the first thing I learned about American Ninja Warrior - those who can do, those who can't host. And that's why I stick to the Host Tower. Because I don't wanna be on the course.”

Jose didn’t get that dinner from Akbar. But he did get a genuine ANW towel – he says he’ll bring it along next time he hosts!