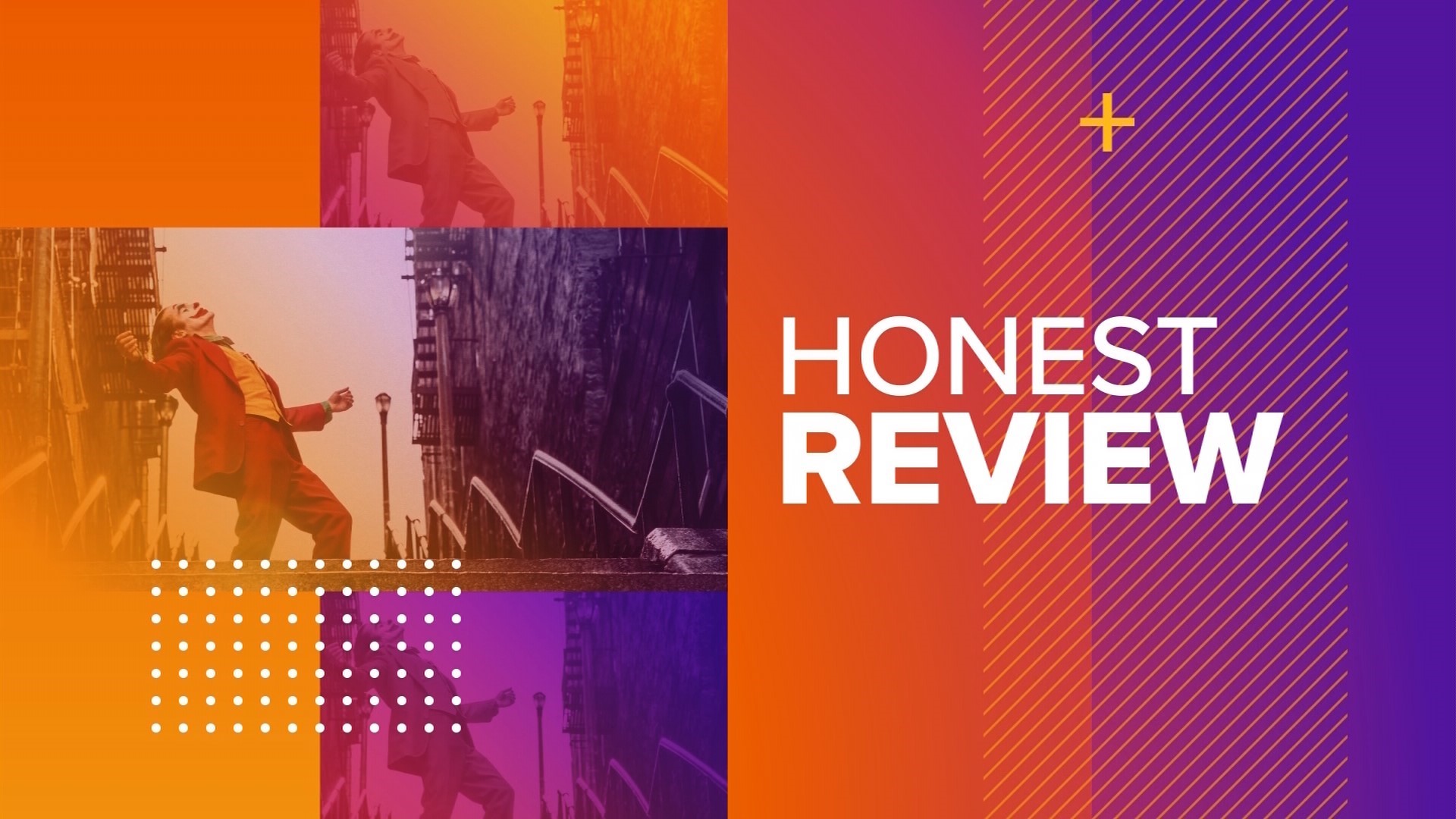 MOOD: bleh (thanks to a head cold)

Every Honest Review starts with transparency about how I was feeling when I screened the movie, and I think that’s extra-important when it comes to Joker.

The controversies surrounding the movie’s violence and perceived message are well-known and most certainly impacted my expectations. I tried to keep an open mind but admit feeling apprehensive.

I wasn’t hangry, though – I’d had soft tacos for dinner. My mood was a little bleh because I’ve been nursing a head cold.

This is the Joker's origin story, and it's a grim, disturbing one. Ultimately, you're watching someone have a psychotic break and become a serial killer. If you're going in with hopes of seeing Batman, or some kind of good versus evil narrative, you're in the wrong movie.

But I will say - despite my apprehension - I walked out of the theater and messaged a fellow movie lover that Joker is one of the best films I've seen this year.

Joaquin Phoenix gives an astonishing performance. His interpretation of the Joker is completely different from anything you've seen before, and he went the distance for this role physically and emotionally. He's equal parts captivating and pathetic, charismatic and invisible - he's destined for an Oscar nomination and he deserves it.

The film itself is also incredibly well done. The script is tight, inventive, and interesting. Visually, you're watching both a character and a city in decline. Small touches like lights flickering on subways, dirty fingernails and clown masks in trash cans heighten the tension. And with appearances from the likes of Robert DeNiro, you can't help but be impressed by the cast.

It's hard to argue the art of Joker.

But - and this is a very important "but" - I never want to see it again.

The truth is, there's something to the controversies. Timing is everything, and watching a mentally ill, aggrieved man decide to start shooting people is - at minimum - deeply unsettling.

Watching it in a theater can be even more unsettling if you happen to sit near someone who appears to celebrate the Joker’s behavior (as I did.) A guy in my row was laughing at all the wrong things, and "whooped" during a murder scene.

I'm not implying the movie will incite violence. And I'm not suggesting you skip it. But my Honest Review of Joker is: don't go unless you know what you're getting yourself into.

This is not the Joker you grew up with. No superhero comes to save the day. I left feeling pretty bad - and I don't think it was just my head cold.

WHAT IS “HONEST REVIEW”?

I’m a member of the Broadcast Film Critics Association. I interview actors and filmmakers. I’ve worked in broadcast television for 20 years.

I’m also a Seattle wife and mom who works full-time and sits in an hour of traffic (minimum) every day.

All of these things can impact my reaction to a film. Because I’m human.

So in an effort to write an Honest Review, I’ll always list the external factors that might affect my enjoyment of the movie. Then, I’ll give you my review. Then, you can decide if it’s useful or not.

What do you think of Honest Review or Joker? Let me know at @kimholcomb.