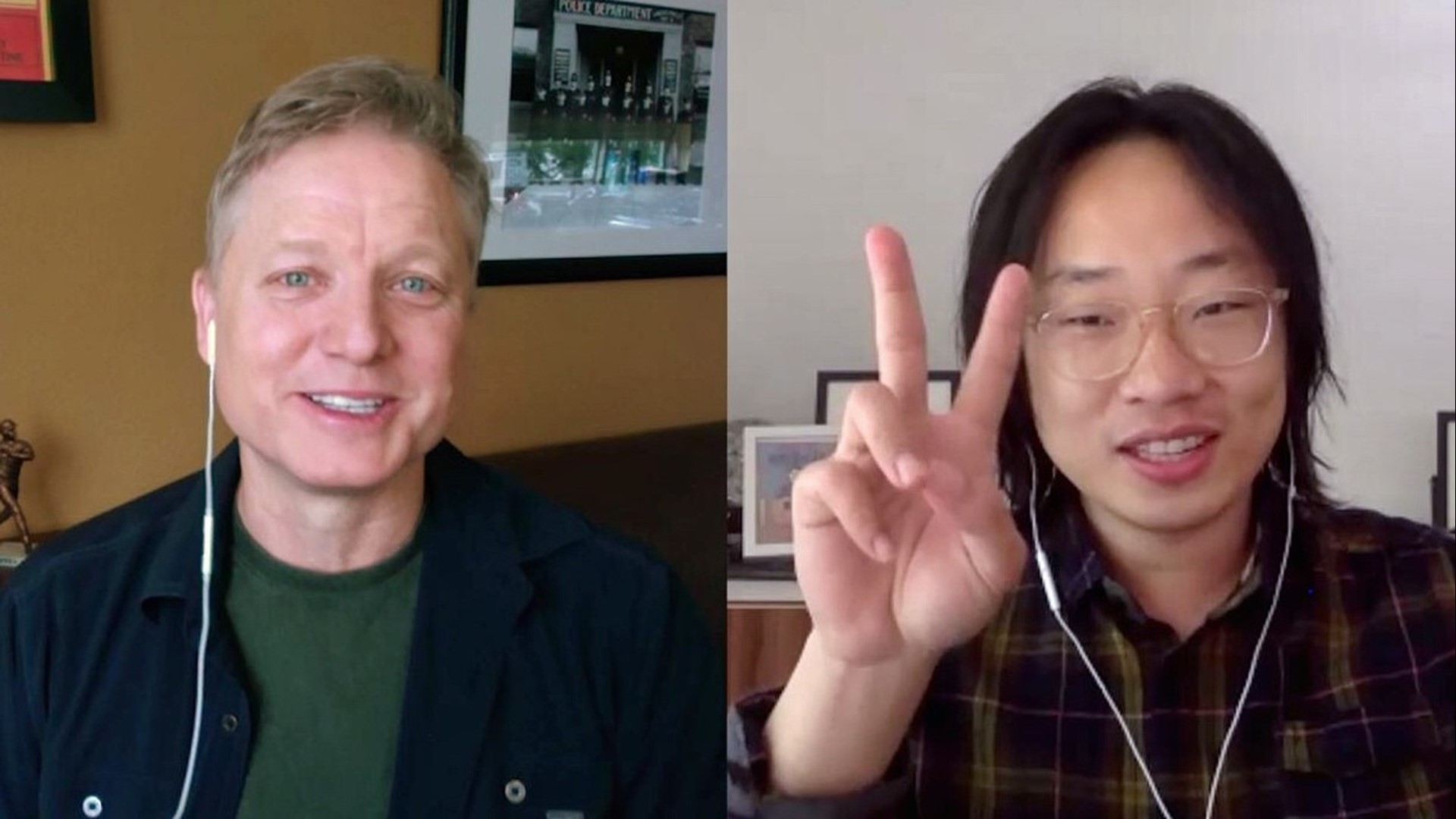 SEATTLE — If you are a fan of Crazy Rich Asians or HBO’s, Silicon Valley then you may know the name of actor and comedian, Jimmy O. Yang. He was one of the stars on the show for all six seasons. Evening's Jim Dever talked with him earlier this week via Zoom about why he picked Seattle as the spot to tape his first-ever standup special. Below is a transcript of the interview.

Dever: "Ok, well let's get started with the official thing which is you have this new Amazon Prime special coming out, Jimmy O. Yang: Good Deal. The thing that matters to us here in Seattle is you shot it at the Neptune. How did that come about?

Yang:  "It's an amazing historic theater and I think, first of all, Seattle has one of the most diverse crowds. And I know there's a lot of tech crowds because of Amazon scene. And I was like, what's more perfect then like to have the perfect amount of diversity, the perfect amount of Asians, the perfect amount of tech people who watch Silicon Valley. And then I asked my good friends in comedy who also shot their special in Seattle like Jo Koy Live in Seattle was one of the hottest special. And Ali Wong’s special which was shot at the Neptune Theatre. But it's always been one of my favorite cities on tour so it was a no brainer to pick that.”

Dever: "What are we going to learn about you in this special? Is it a learning special?

Yang: "It's both. It's my very first comedy special so it's 10 years’ worth of material built up. Some are brand new; some are mixed into the new ones. So, I'm very excited for this cohesive one hour special to come out. And you'll learn a lot about my family, me personally, where I come from in Hong Kong and my point of view on life."

Yang: “Yes, during this Zoom thing we had people from London zooming in, we got Singaporeans zooming in. So, it was like a nice family reunion. And I just like to see how my friend’s house is coming along like Jon Chu just did a backyard remodel where he put in a couple of trees and stuff so we make sure he shows us MTV cribs style. And you know Ken Jeong lives in his palace somewhere in LA so he just keeps moving from room to room. so it's really fun to see what people are doing. it's great."

Dever: Are we going to see a Silicon Valley reunion any time soon?

Yang: "Oh I would love to. I still keep in touch with everyone. I just face timed Suzanne Cryer the other day. I talked to Mike Judge. So, we're all very close."

Dever: "Let's just end on something Seattle centric, which is, of course, this comedy special coming out on Amazon Prime. Give us one good reason why people should watch?"

Yang: "Well you have nothing else to do anyway! And it's very funny and I worked very hard for it. I toured all over and I just want to thanks everyone who came out for the tour and everyone who watched it. It's going to be great it's 10 years’ worth of my material.

Dever: "I can't wait to see it myself. Thank you so much, Jimmy, best of luck to you. Stay safe."