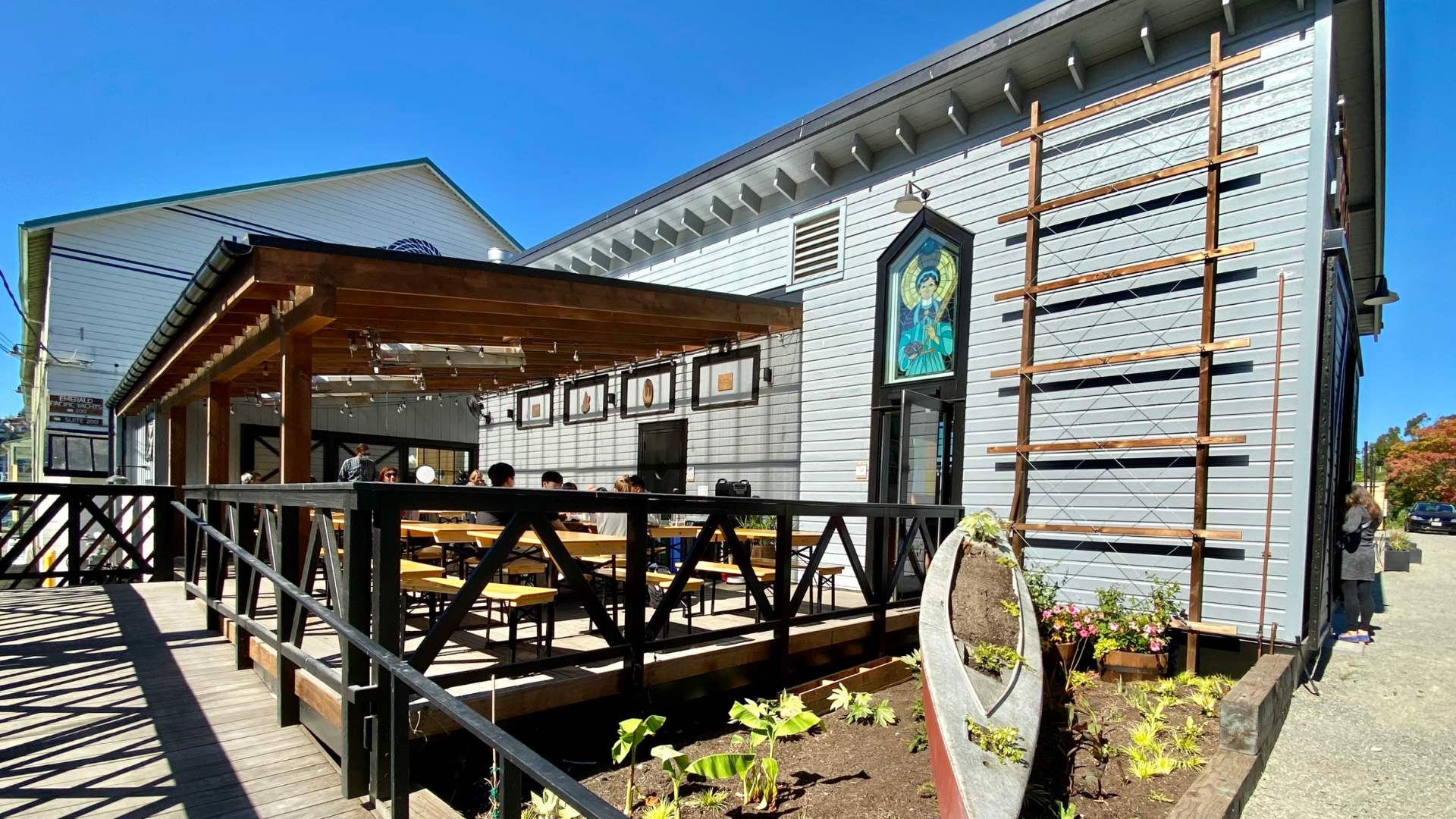 SEATTLE — Combining his values of hospitality and good pastries, Yasuaki Saito opened Saint Bread bakery in April, taking over the space that once housed an old machine shop for Jensen Motorboat company. In fact, it was the legacy of the Jensens, a family of shipwrights from Copenhagen, that inspired the bakery’s name.

“Really the words ‘sandt brod’ are a danish term meaning real bread or bread made by hand,” Saito explained.

He wanted to pay homage to the Jensen family when naming the bakery while also having some fun with the branding. Ultimately, though, the name Saint Bread has a deeper significance to Saito.

“We also think what we do is pretty sacred — feeding other people and creating community is really special,” Saito said.

To make the bakery even more special, Saint Bread’s menu includes items inspired by Saito’s own family, specifically his Japanese father. The cinnamon-Okinawan sugar toast and the okonomiyaki tortilla are just a few examples of the delicious Japanese-inspired treats Saito has created and are served every day at Saint Bread.

Located on the Portage Bay waterfront, you can swing by Saint Bread to pick up pastries for breakfast or grab something for lunch like a sandwich, salad, or grain bowl. They have a covered patio and deck outside for you to enjoy the food and join in community.

Saint Bread is located at 1421 N.E. Boat St. in Seattle and is open Tuesday through Saturday.