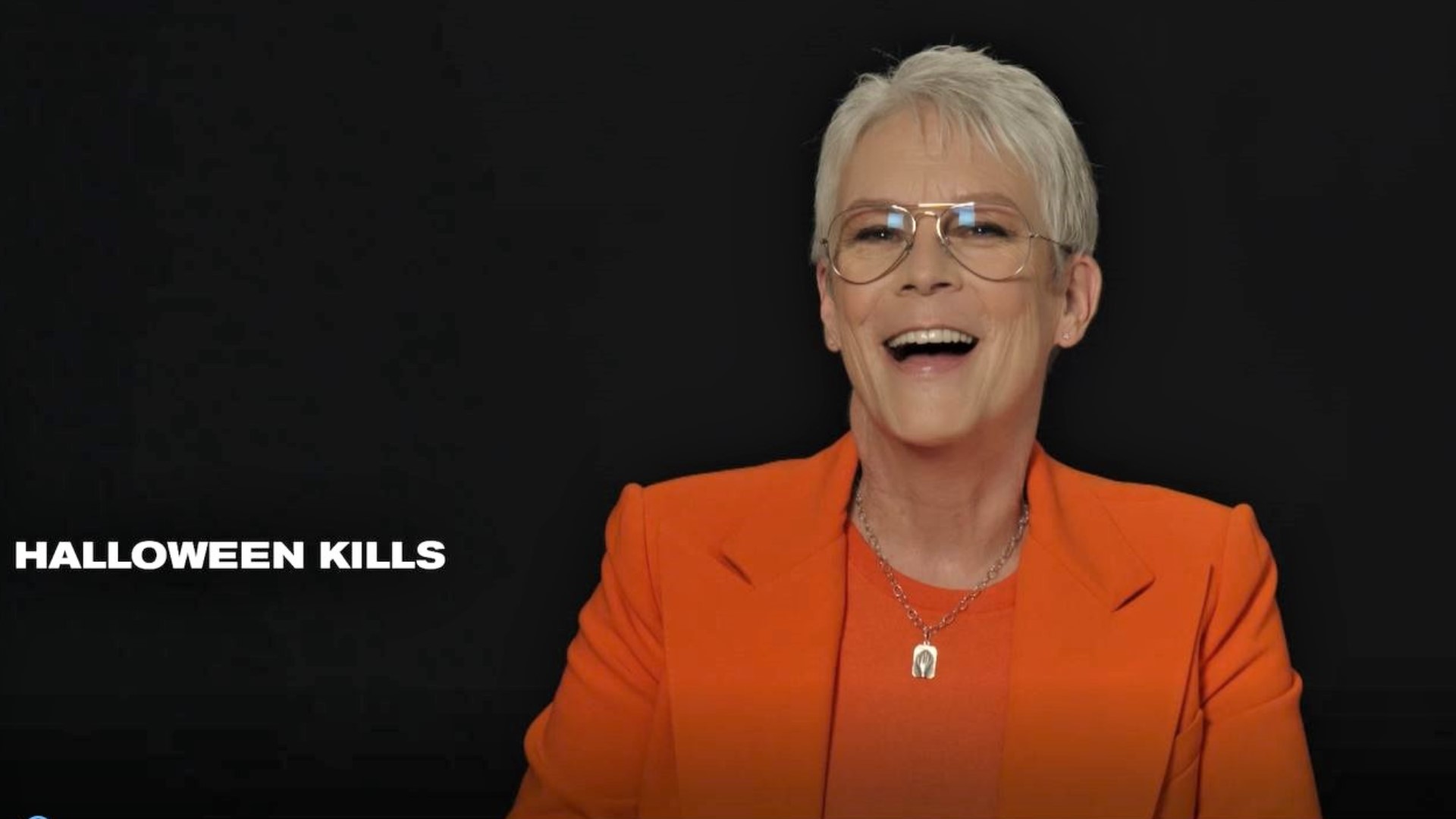 Clocking in as the 12th installment in the horror movie franchise, the new film picks up where 2018’s “Halloween” left off. It also re-introduces some original characters from 1978, including a nurse assaulted by Michael Myers and two children Laurie babysat.

Entertainment reporter Kim Holcomb talked to Curtis about the film franchise and questionable things victims do in horror movies.

CURTIS: "In 'Halloween' I had to throw a knife away, and I remember saying to John (Carpenter,) 'She throws the knife away? What are you talking about?' And he's like, 'Yeah, you have to throw the knife away.'"

HOLCOMB: "If I were to travel back in time to 1978 and say, 'Guess what? You're going to be playing this character 43 years from now,' you would have said to me..."

CURTIS: "I would have laughed at you. Because the truth is, now I can look back – (but) when you're 19 years old, you're not thinking that way. None of us, not one person associated with that movie, thought it would do anything but come out and maybe make a little money for the people that owned it. That movie, made in 17 days for $300,000, which I was paid $8,000 for, was the greatest experience I had ever had. The part of Laurie Strode was real and deep and challenging."

HOLCOMB: "As the original scream queen, do you ever have that dream that a lot of the rest of us have where you try to scream, and you can't?”

CURTIS: “No, they just write that into movies for me. (laughs) If you look at Halloween 2, the original Halloween 2, (Laurie) is in a car, she falls out - because I remember, I got big bruises on my hip because I kept hitting the asphalt - and then the help comes to the hospital. And right as they pull up, she goes like this: (whispers 'Help.') She can't scream. So, I don't have that dream, I had to live the nightmare of acting it."

HOLCOMB: "Is this my mind playing tricks on me or does Michael's mask have a little bit of a smirk in the new movie?”

CURTIS: “I think we may need to call some therapists... and that's fine, we can do it on Zoom. (laughs) Michael is smirking simply because he survived the trap (in 2018.) Nobody saw it coming, nobody knew it was a trap, least of all Michael Myers. I have goosebumps saying that. I've been in theaters when that moment happens, it's the moment of the movie. And he is angry. His brutality is so vicious in this new movie that, if there's a smirk, it's a smirk through his physicality. It's brutal, it's violent in a way that is shocking and thrilling, for people who love it. I think the smirk is, 'You didn't get me. And you'll never get me. And I'm going to make you pay.'"

“Halloween Kills” is rated R and opens in theaters and streams on Peacock October 15.