It's 'Turkey-geddon' at Cave Man Kitchen in Kent

Only the airport is busier than this popular eatery on the day before Thanksgiving. #k5evening 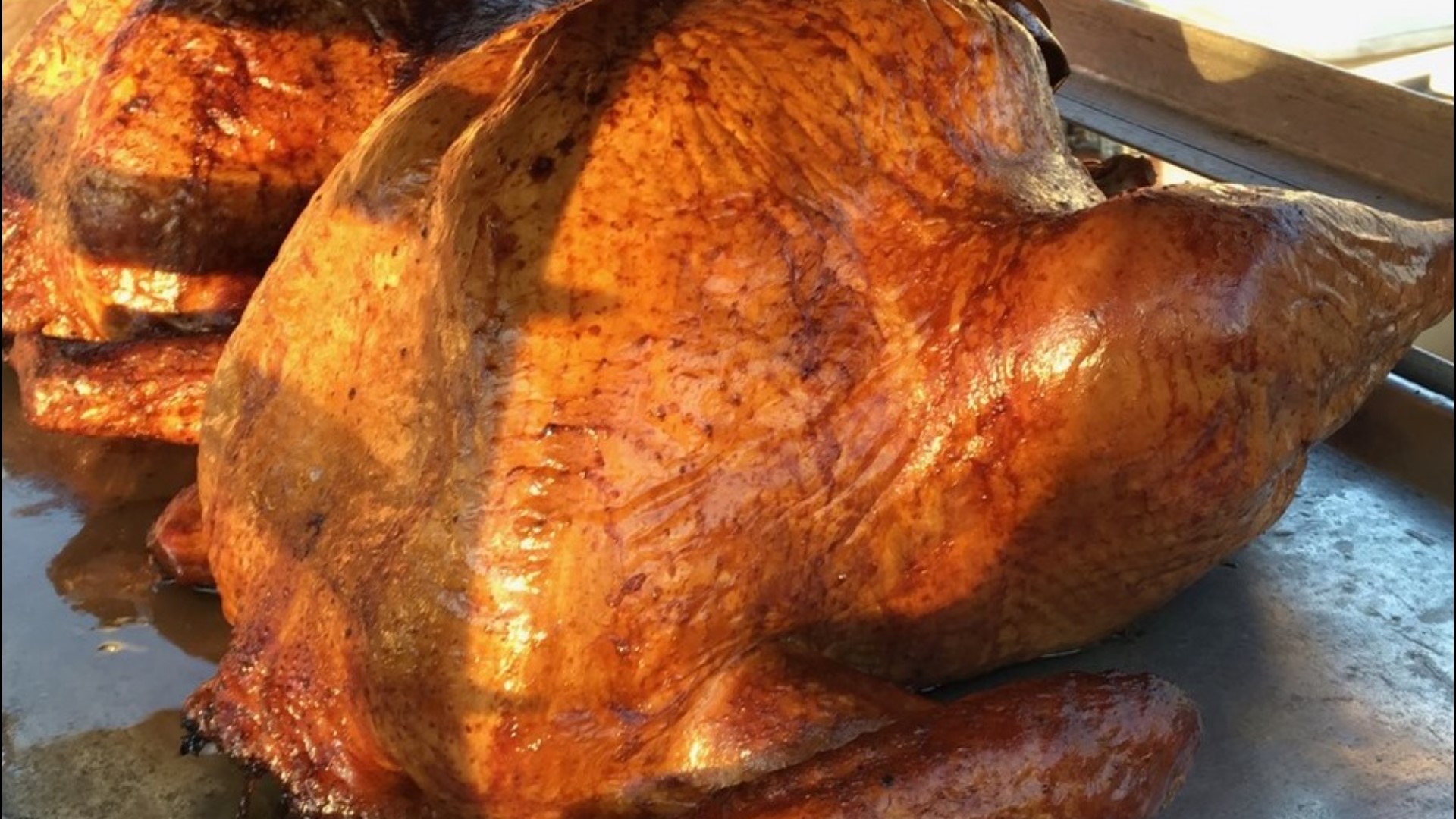 KENT, Wash. — It's turkey time at Cave Man Kitchen, the busiest time of the year for this family-owned business.

“The kids call it Turkey-geddon,” says Roseanna Donley, who has been working behind the counter since she was 17. “It really tests what you’re made of. We have kids that are here working 24 hours straight.”

They've been making Thanksgiving taste great since the early 70’s. All day people are picking up their Thanksgiving meals.

And it's all thanks to "Dad" Donley (Mr. D) the original caveman.

“I can still hear him yelling ‘Roseanne, Front and Center’," says his daughter.

From Thanksgiving through Christmas Cave Man Kitchen offers smoked turkey, ham and prime rib with all the fixings.

“It's excellent,” says Brett Simpson “It's moist. It's smoky and it's been brined so it's really good.”

Cave Man Kitchen sells hundreds of turkeys in the days leading up to Thanksgiving. The smokehouse in the back runs non-stop. Sometimes the old ways are the best.

“I mean the caveman did it that way,” laughs Donley. “We're just holding on to tradition.”

“It's a big blessing for us,” says Donley.