It's a frisky time for the elk of Northwest Trek

The fall rut is an exciting time to visit the wildlife park. #k5evening 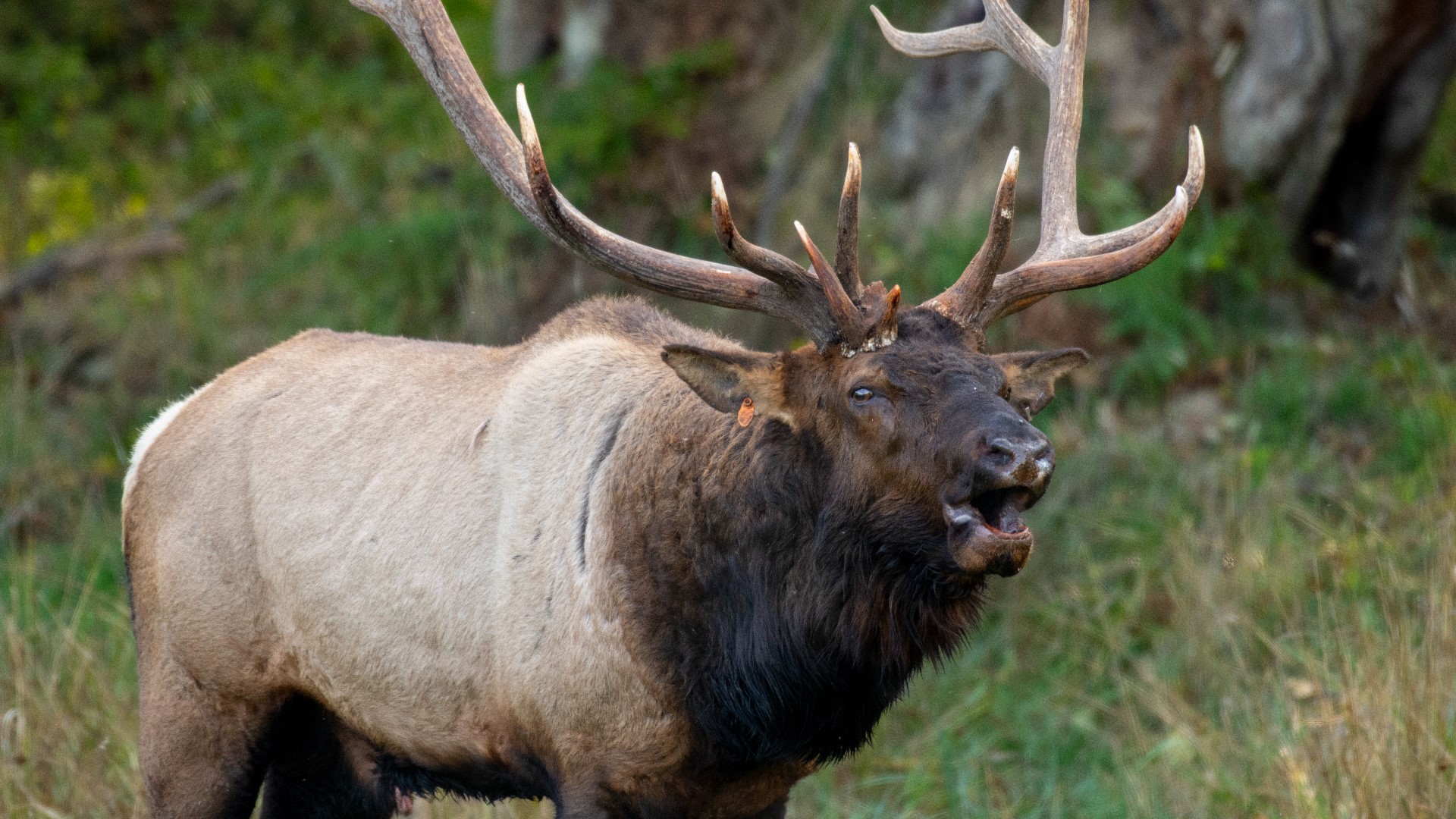 EATONVILLE, Wash. — At Northwest Trek, the sound of elk bugling marks the friskiest time of the year.

“The elk males are competing for females so they are very vocal,” says curator Dave Meadows. “They are very active They are competitive and so the fall rut is an exciting time to see elk here at the park.”

Meadows is behind the wheel of an open-air jeep that takes passengers through the open roaming area. We're off on the elk bugling tour and, yes, we'll be keeping our distance.

“These guys are wild animals,” Meadows says, “even though they are here at Northwest Trek. The vehicle is the safest way to experience seeing the rut and it is safer for the animals as well.”

There is a new king of the elk this season. He’s about 800 pounds of raging hormones and we seem to have his attention.

“He's on alert because it's the peak of the rut,” says Meadows.

What, we wonder, must he be thinking?

About five minutes away, we find the newly dethroned male nursing a minor leg injury and a badly bruised ego.

The elk aren't the only ones getting frisky in the early days of fall.

“The fall is breeding season for everybody out here,” Meadows says.

Just because some of the animals appear to be sitting out the rut, don't let that fool you. Next spring Northwest Trek will be welcoming a whole new set of babies.

“There is something going on every season here,” says Meadows.

This is the season the blood boils. The elk are snorting, butting antlers against trees and scraping up mud. Tempers are flaring at least until the animals in the free roaming area get out of the rut.

There are two more elk bugling tours on the calendar, this Saturday and Sunday. There are keeper adventure tours going on all year round.