The key to a good sequel is creating new material without straying too far from the past – and that’s exactly what Neighbors 2 tries to achieve. 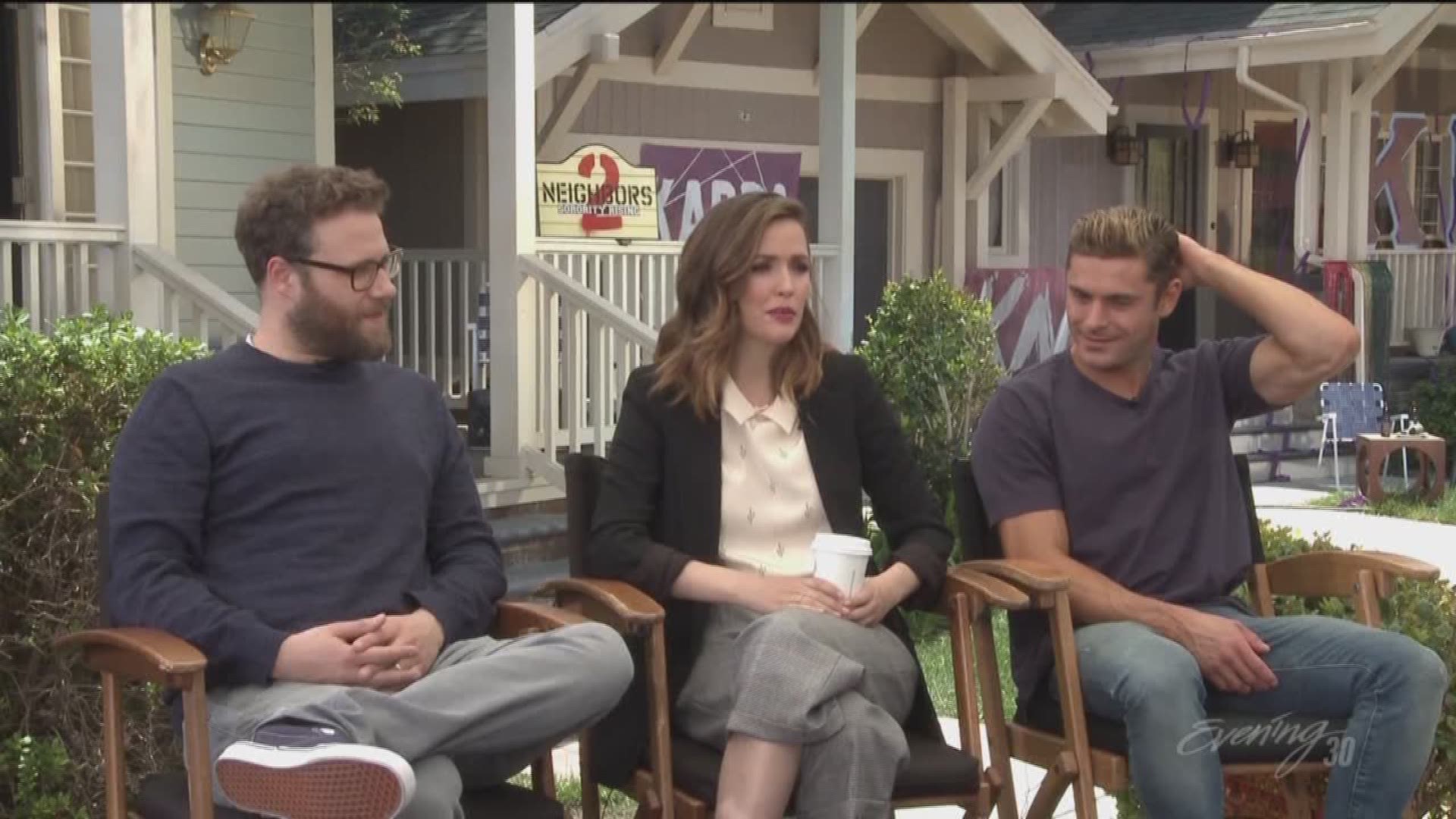 The key to a good sequel is creating new material without straying too far from the past – and that’s exactly what Neighbors 2 tries to achieve.

The movie reintroduces audiences to the plight of parents Kelly and Mac, who live next to a raucous Greek house.

Except this time, it's a sorority. And the couple is expecting their second child.

Actors Seth Rogen and Rose Byrne return as the parents, and she was actually expecting her first child during filming.

“Was that just so method?” asked reporter Kim Holcomb.

“Yes,” Byrne said, laughing. “Everyone was so much nicer to me… I got everything brought to me. I plan to (be pregnant) for every job.”

Zac Efron is also back as Teddy, a fraternity bro who’s out of college but still manages to go shirtless much of the time.

"Do you feel like a piece of meat in the scenes where the whole goal is to have as many people touching your bare chest as possible?” Holcomb asked.

“Yeah. I guess technically I am a piece of meat,” Efron responded. “We're all pieces of meat."

"I thought the makeup was amazing because in the scene where you both take your shirts off, it was hard to tell you (Seth) apart from Zac in that scene,” Holcomb said.

“People are still trying to figure it out,” Efron added.

"The movie talks a lot about old people. Have you reached the age yet where, when you were younger, you used to think, 'Ugh, that’s old'?” Holcomb asked.

"I was a teenager in the '90's, so I wore Doc Martens and crop tops and once that came back in fashion, it was freaking me out,” Byrne said. “I was like, ‘I'm part of the (fashion) cycle?’ I can't wear Doc Martens again, I just can't do it!”