Exclusive interview with Robert De Niro for 'The Irishman'

The gangland film is rated R and opens in the Seattle area November 15. Travel and accommodation by Netflix. 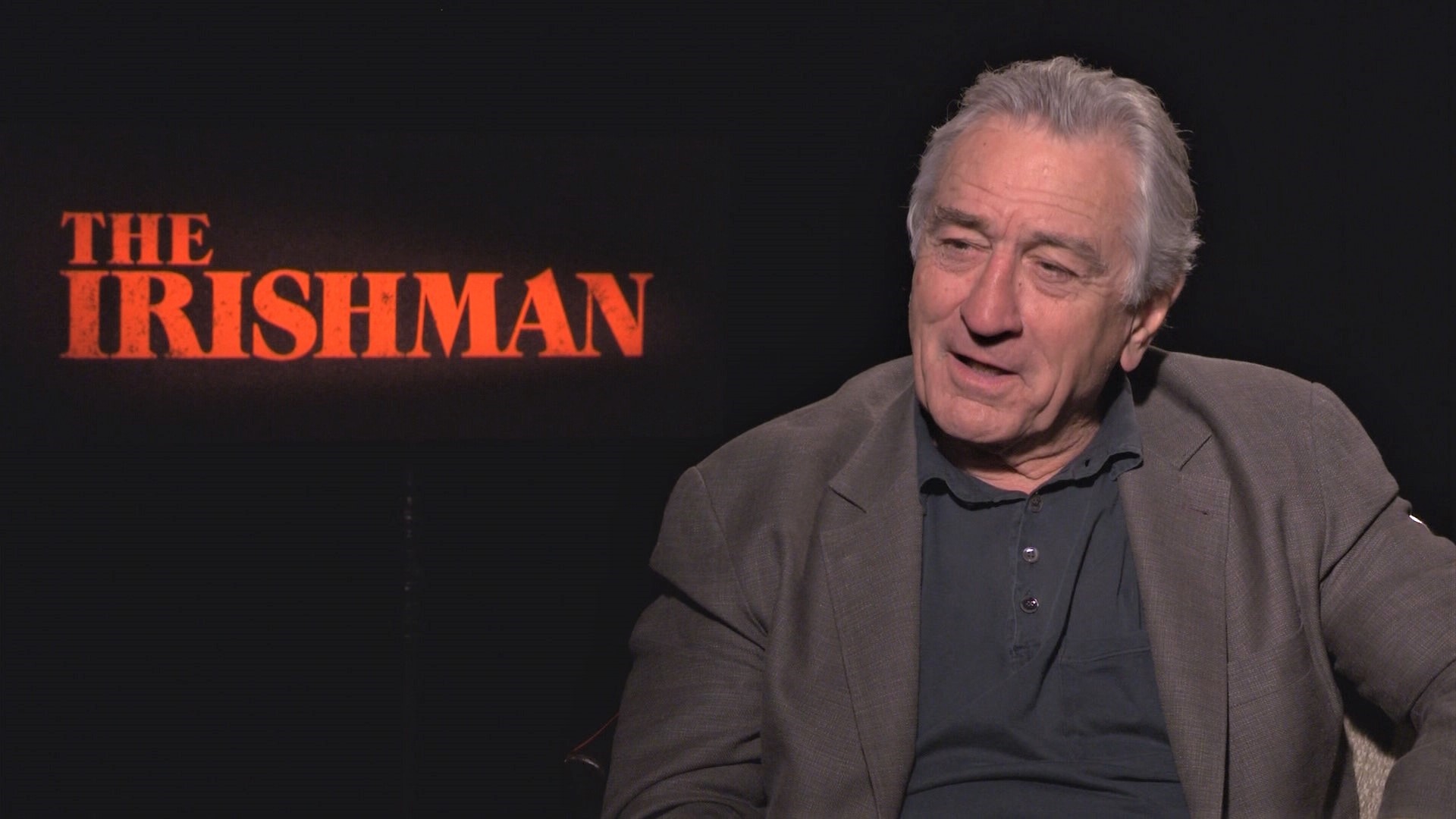 SEATTLE — Nearly 50 years since they first worked together as actor and director, Robert De Niro and Martin Scorcese are joining forces again in The Irishman.

HOLCOMB: "When these trailers came out and audiences got a look at everybody that was in the cast, there was this collective 'oh my god!' Was there ever a moment like that for you, on set?"

DE NIRO: "Well yeah, of course - that we're finally doing it with everybody it was intended to have be in the film, Joe, Al, Marty directing it. But you've still got a long way to go. You've got to get the movie done, then there's the editing and the little pieces and the fine tuning of everything along the way, and the music, the this or that, the final movie. It's a long process, it ain't over ‘til it's over, and when it's done and finished and has a great reaction, then it's great."

De Niro first read the film's source material in 2007. I Heard You Paint Houses is a first-hand account of Mafia hit man Frank Sheeran, who was close with Jimmy Hoffa.

The sweeping story spans more than a half-century, and Scorcese wanted the cast to play their own characters throughout the decades. He employed state of the art de-aging technology, developed specifically for the film. There were no helmets or face markers, allowing the actors to work unencumbered.

HOLCOMB: “I also find it so interesting that you all worked with physical therapists? People who were helping you move?"

DE NIRO: "We were reminded that we were not the age that, in the scene at the moment, we were not 69, or 75. We were 39 or 49 or 58. He would tap us on the shoulder and say, 'Remember your movement here is not – you’ve got to be a little more spry, a little more erect,' stuff like that. It was essential that he was around."

HOLCOMB: "If you had to choose, which part of the process do you find the most satisfying? The prep work that you do, the actual shooting of a film, or seeing the finality of it up on the screen?"

DE NIRO: "It's all good, it's all good. Of course, seeing the final version or product if you will, that's great. To know that all that work cumulatively, here to there, finally got us to the point where we are. It all comes together, it works hopefully, and people like it, and you couldn't ask for anything more."

The Irishman is rated R and runs nearly 3 ½ hours.

The movie will also stream on Netflix November 27. Travel and accommodation by Netflix.