A look at the tentacled sculpture installed at the new Climate Pledge Arena. #k5evening 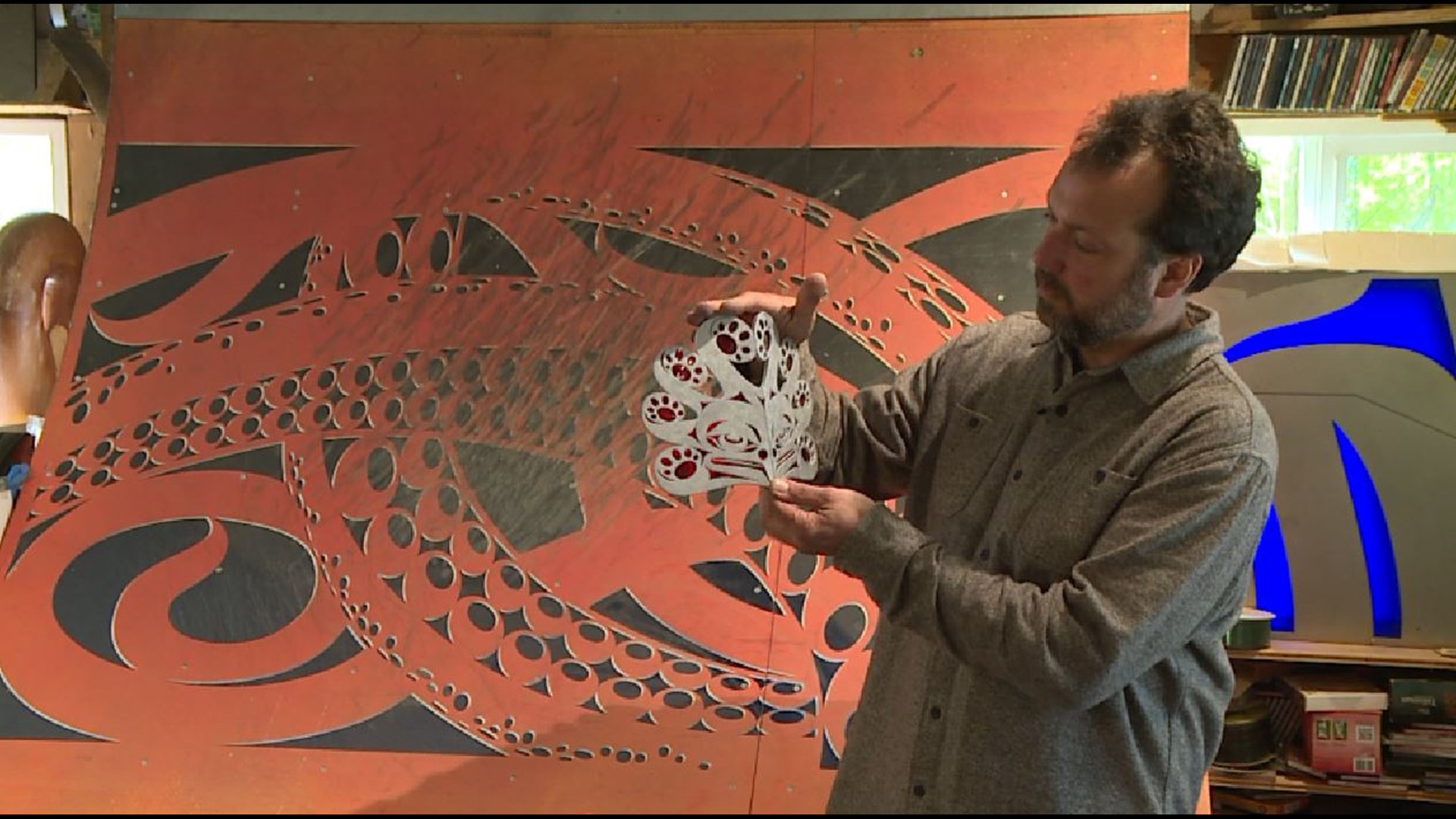 INDIANOLA, Wash. — David Franklin is a skateboarder, woodcarver and co-creator, along with glass artist Preston Singletary, of an octopus sculpture chosen to be installed at Climate Pledge Arena - home of Seattle's new hockey team - The Kraken.

"We were blown away, like, we were like wow,” said David about their reaction to learning they would be Kraken creators.

It's easy to see why David was picked for the job

“I love Kraken, octopi, tentacles, everything like that,” he said and explained that a close encounter with an octopus while fishing in Alaska cemented his fascination with the creatures. And yes the octopus slid safely back into the sea after being pulled onboard the boat.

He coaxes curves from wood in his Indianola garage.

“Taking something that's solid and carving it and making it look like it has fluidity in form - it's kind of just like a basic art interest. I've worked with tentacles and things a lot and figured out that this sinuous thing is wonderful.”

He even makes his own tool handles inspired by creatures from the deep.

Sometimes his passion for skateboarding collides with his passion for carving tentacles – he’s got a homemade skate-tentacle in his garage, and created a ‘Tentabowl’ for skateboarders in Northglenn Colorado.  Franklin’s other public art includes the tall orange tentacle by the Bainbridge Island Ferry Landing, metal panels on a bridge of the Tolt River, and Tlingit Dancing Staff - a metal and glass sculpture in Portland’s Pearl District, another collaboration with Preston Singletary. He can’t wait to get to work with Singletary again,  transforming the eight-armed Kraken that only exists in model form right now into a mighty beast.

“This is gonna be about 8 feet tall, and you should be able to pop your head through and get your selfie with it if you'd like,” he explained, poking his finger through one of the looped tentacles on the model.

The artist who turns trees into tentacles, and sculpts them in clay, and paints them on whatever he can, is excited to reveal this 8 armed beast made of metal and glass when the Seattle Kraken take to the ice.

“Hopefully it'll become kind of a mascot for the team and the stadium,” said Franklin.